A recently-renovated section of the Marietta Police Department is allowing employees to get a full workout, anytime of the day or night. 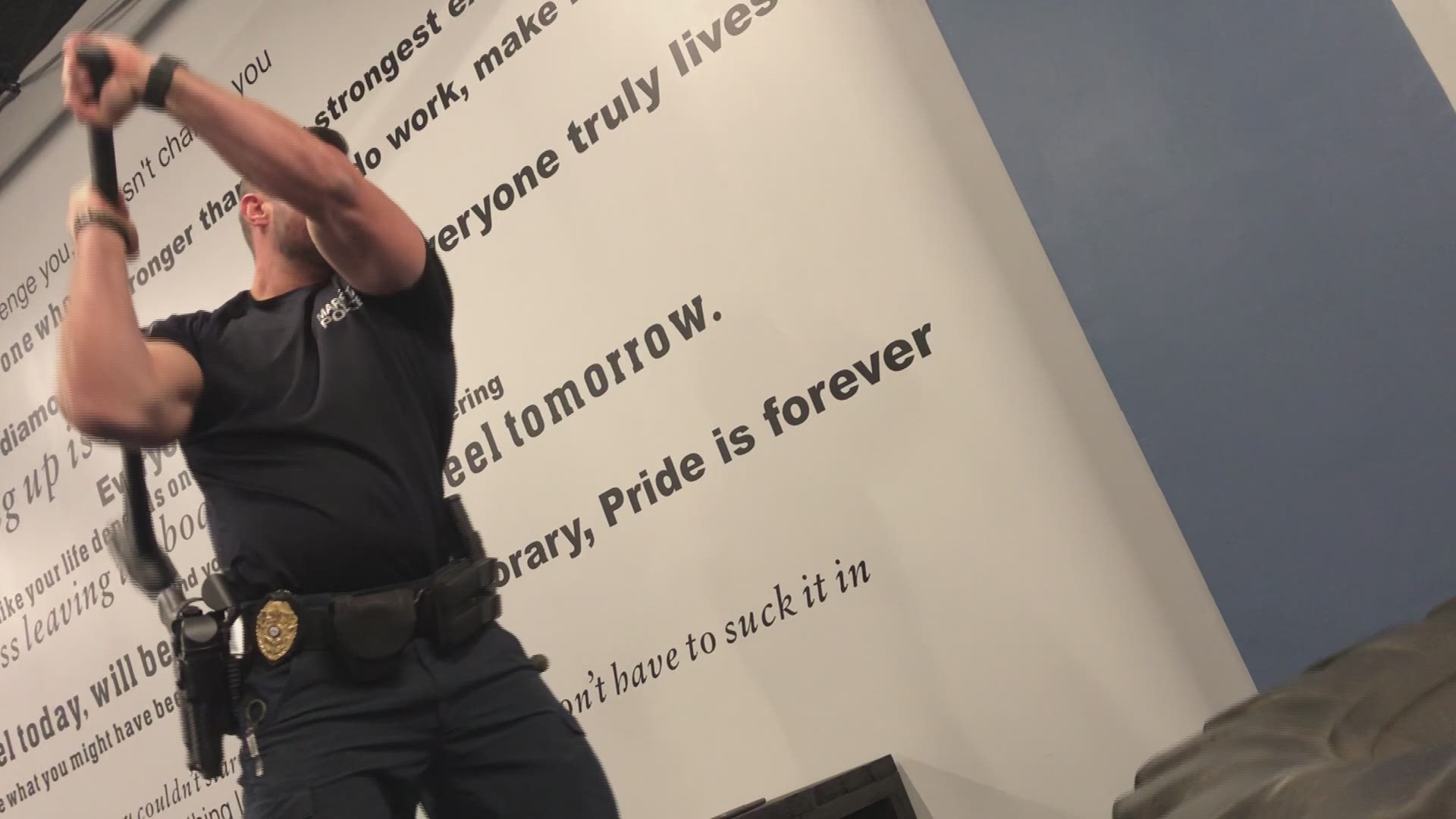 EAST COBB, Ga. — The basement of the Marietta Police Department was recently turned into a spacious fitness facility complete with free weights, a massive tire (for flipping or hitting with a sledge hammer), resistance machines and plenty of cardio equipment. Chuck McPhilamy, public information officer for Marietta police, says this was all made possible thanks to the due diligence of a few employees.

“This particular facility is really thanks to a major, a sergeant, and an officer that were passionate about fitness,” McPhilamy said. “Major Jake King, Sergeant Josh Liedke, and officer Daniel Vann Ness worked tirelessly for several years, petitioning the city to repurpose this location which was just a long-term storage of items that really weren't being used on a regular basis.”

Renovating the space was only part of the equation, though. McPhilamy says the gym would not have been properly stocked without generous donations of workout gear.

“Thanks to some amazing donations from the WellStar health place as well as the Marietta City School system of surplus equipment they have, most of the equipment you see here came from those two entities, and we are very grateful for that,” he said. “This really allows all the employees of the police department, civilian and sworn, to be able to come in anytime of the day or night and not worry about where the weapons are being stored or do I have time to get to work out in.”

Prior to the new facility being opened, officers were expected to workout wherever they could, but McPhillamy says that’s not always easy.

“The part we don't talk about often is that shift doesn't usually end after 8 hours” he said. “There's still a tremendous amount of paperwork that has to be done, so for the average person working that 8-hour shift, it might turn into 9, 10, 11+ hours, by the time they're done with that. The ability to just stop and workout on the way home, if that was your preference, we can't just pull into a parking lot, park a marked police car, leave all the weaponry in it, and run into the local exercise facility.”

Since the building is open 24/7 every day of the year, the new facility is accessible at all hours of the day.

He says the facility is already getting lots of use, and employees are actually getting to know each other in the gym.

“It’s developed some camaraderie, something that we really didn't count on,” McPhilamy said. “If you're on the same shift that I am, we might both talk ‘hey, let's go in together, or let's stay late after work.’ That camaraderie can be worth its weight in gold in just trying to help people feel part of a family, an entity.”