The superintendent of Marietta City Schools was just given a $10,000 bonus, but he’s putting toward college application fees for the seniors in his district. 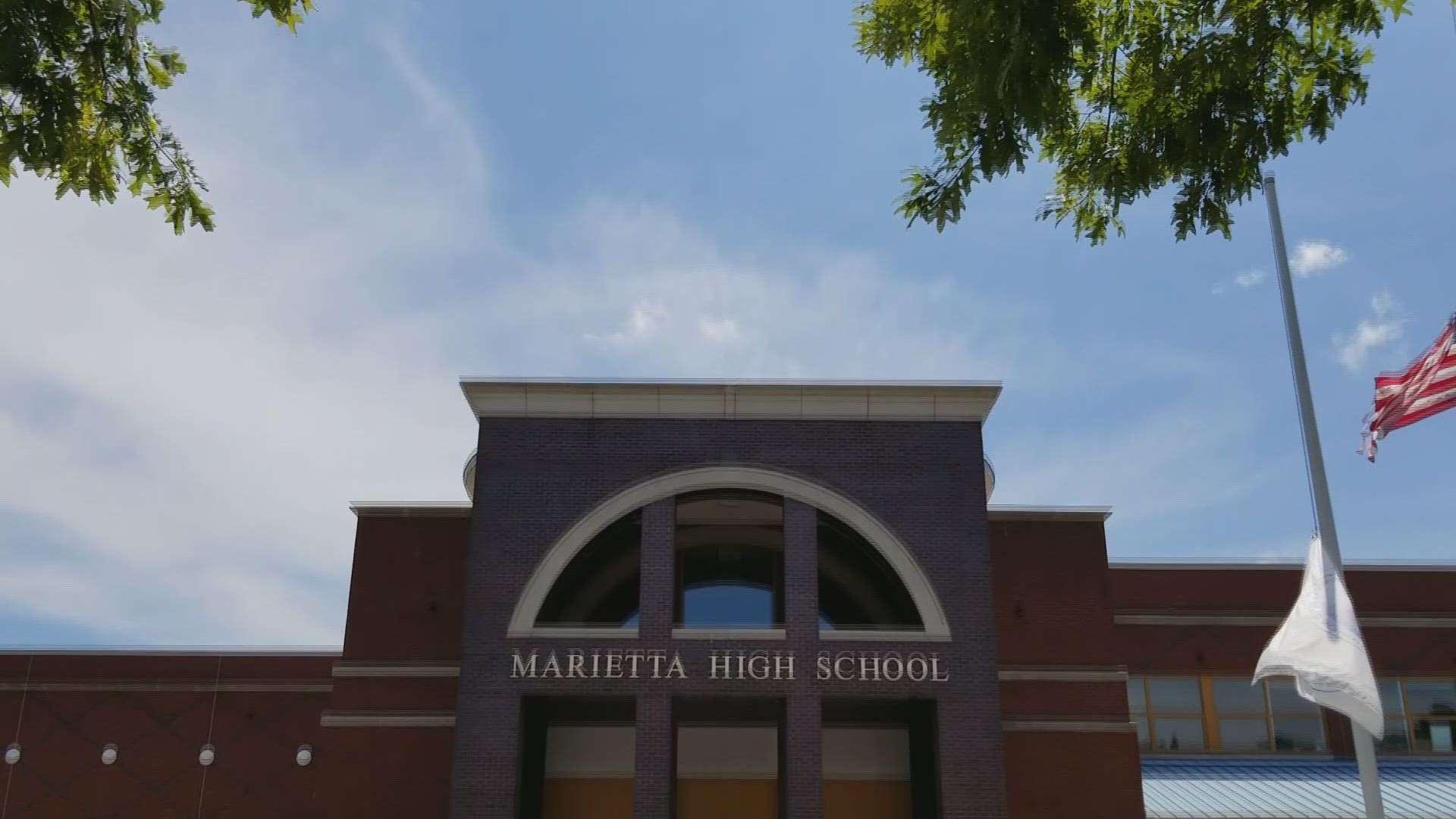 EAST COBB, Ga. — If you were given an extra $10,000 every year, how would you spend it? Many would pay off debt or book a vacation. But not Grant Rivera. The superintendent of the Marietta School District has chosen to give his newly-earned bonus to college-bound seniors, and he says it’s a decision he made years ago.

“When I was first offered the position of superintendent, they gave me my contract and there was a bonus clause in there,” Rivera said. “One of the things I just struggled with philosophically is ‘how do I as superintendent get a bonus that's really earned on the backs of teachers and staff?’”

He says putting the money back into the local school system was a no-brainer.

“For me, that was just a value statement about who I am as a leader and about how I should be giving back to the community really in the same way our teachers do every day in classrooms,” Rivera said. “The conversation started two and a half years ago, and I've been patiently working toward achieving our performance targets and as such getting the bonus on behalf of the board of education.”

His commitment is simple - $10,000 a year (his entire bonus) will be used to pay college application fees for any senior in his district who wants to apply early to the college of their choice.

“We know students have a better opportunity to get accepted, a higher admittance rate, when they apply early action or early decision,” Rivera said.

Brandi Smith, the college advising coordinator for Marietta High School was part of the initial conversation.

“We talked about national trends and how things are changing for kids in the college admission process and how we want our kids to be able to compete with other kids across the country,” Smith said. “I think it will be extremely helpful, not only from an admissions perspective but specifically from a financial aid scholarship perspective, because students will be able to have their process happen earlier. They will know if they have gaps in their financial aid packages, and we will be able to work earlier to close whatever those gaps are.”

Julie Perez Sosa, a senior at Marietta High School, says the $10,000 means a lot to her and many other students.

“At first, I wasn't so sure I was going to do the early application process, early decision making, because I was scared to take the risk or just didn't know if it was for me,” she said. “And right now it feels like there's a door that was open to me. So even if I am scared to take the chance, I'm not losing anything.”