The newest addition to The Battery is a casual dining food hall featuring best-in-class Asian dishes. 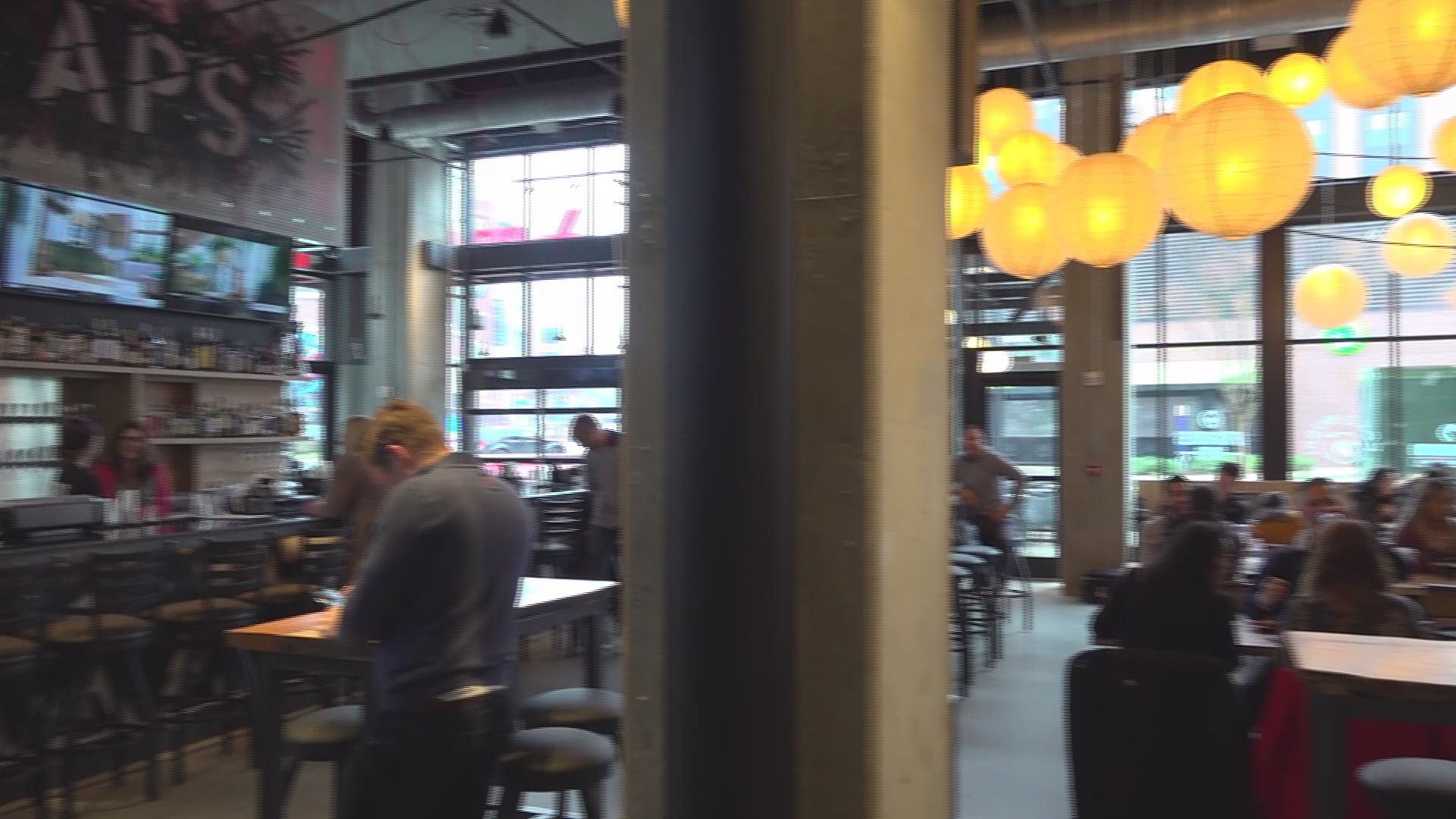 COBB COUNTY, Ga. — The Battery Atlanta is once again proving it’s not just for baseball lovers. A new Asian “street food” area called PH'EAST is already drawing a crowd, even though it doesn’t officially open until 11 a.m. Saturday.

“We've been doing our soft opening yesterday and, today, and it's been packed. So come in while you can and grab a seat,” Seven Chan, managing partner of Poke Burri and Lifting Noodles Ramen, said. “It's the only Asian and the only fast-casual place in here. It's a mix of traditional Asian cuisines from all kinds of different countries, plus it’s the kind of things that everybody puts their own little twist on.”

“It’s supposed to be an experiential Asian food hall, based on the original concept of hawker markets that you'll see in Singapore, perhaps Southeast Asia,” Mitchel Jaffe, owner and developer of PH'EAST, said. “It was interesting to me that the Battery did not have a true Asian offering, and so we collaborated with them on bringing something very authentic here.”

He said people can expect a unique experience centered around authentic Asian cuisine.

“It's a combination of aesthetics, feel, lighting, music, offerings, menus, the bar, how it interacts with the battery itself, the patio,” Jaffe said. “These are permanent stalls. Their menus will rotate, and they will find things seasonally to put on their menus. That's up to the operators. These are experienced operators we've brought in. They are the best, we think, in their category.”

Jaffe went on to say he’s excited to be part of the Battery which already offers great entertainment, food and drinks.

“We're just glad to be part of the Cobb community, and we think this is kind of a cherry on the sundae,” he said.

According to Chan, PH'EAST can seat 80 people outside on the 1,500 square foot covered patio, or 90 people inside which is designed to make you feel like you’re walking through an alleyway in Japan or China.

“You’re going to feel that kind of small intimate feeling, but at the same time, we have a pretty big place and all kinds of cool stuff going on,” Chan said.

He added that they'll be holding movie nights, trivia and other activities in the weeks to come.

"We have the DJ booth so we can do events, parties, and family-friendly things too," he said. "Regardless of who you are or what kind of person you are, we're probably going to have something amazing and different for you that you're not going to find somewhere else.”