More than a hundred protesters marched from Laurel Park to the Marietta Square Monday. 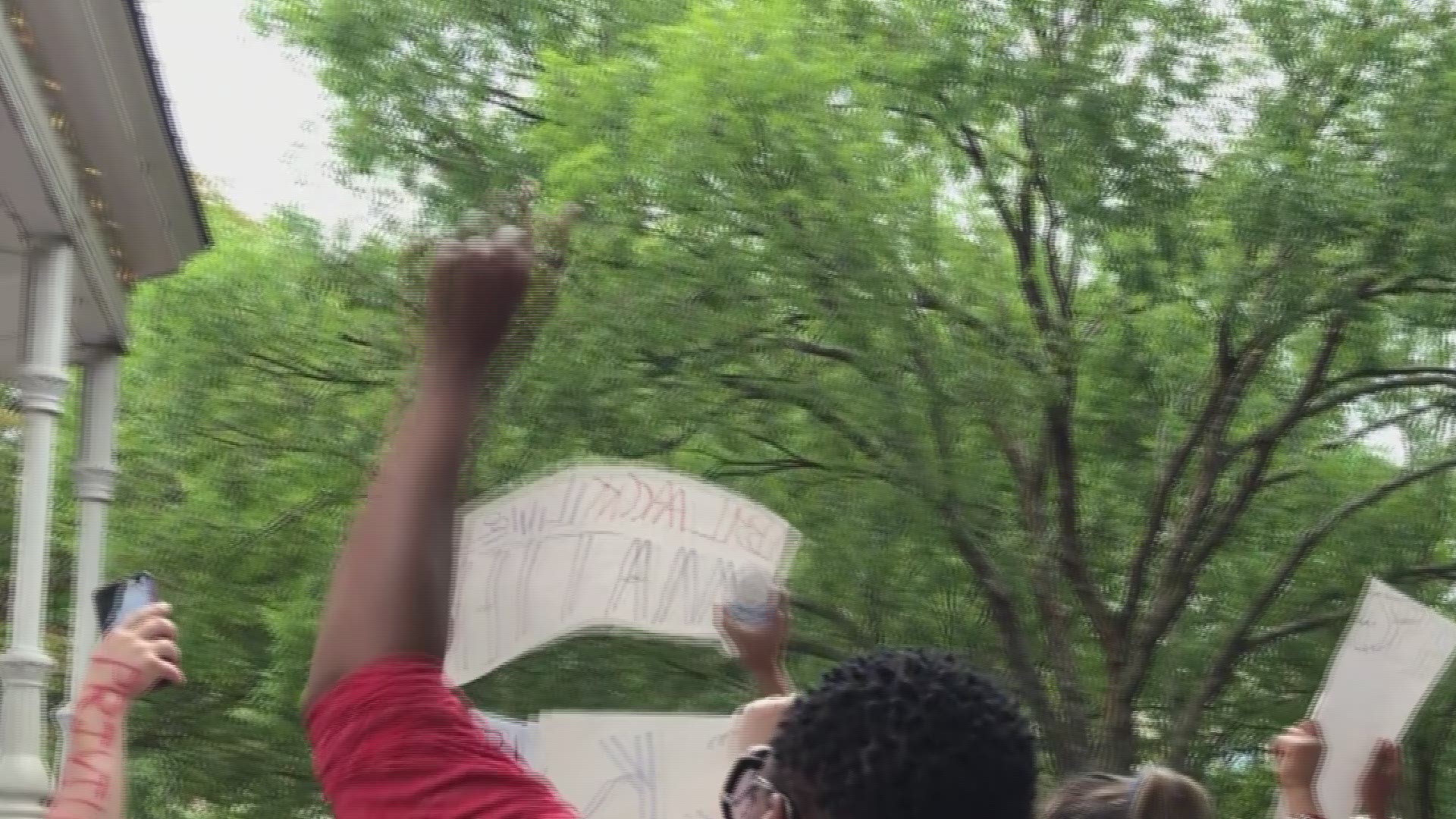 MARIETTA, Ga. — More than 100 protesters marched through downtown Marietta in response to the recent death of George Floyd in Minneapolis. The Monday march looked a little different than recent protests with Marietta Police Officers working side by side with organizers.

The Marietta Police Department writing on their Facebook page: "The organizers of the event did an outstanding job and everything went peacefully. We extend our sincere thanks to all involved in that planning."

The march caused some slight traffic delays on Whitlock Avenue due as protesters walked from Laurel Park and to the Marietta Square. Once attendees arrived at the square, they sang, chanted, and passed out water and granola bars. Following a moment of silence, the group then made the walk back to Laurel Park, a total of 3.6 miles.

At one point during the rally, an organizer standing on the Marietta Square stage said that officers had vehicles for people to ride in if they felt faint. Another organizer on stage adding, "they're here to help us."

The Marietta Police Department released this statement over the weekend:

"We remain strongly opposed to any form of injustice, racism or brutality. We have taken steps not only to protect everyone's first amendment right to free speech, peaceful protest, but also to protect the life and liberty of our local citizens."