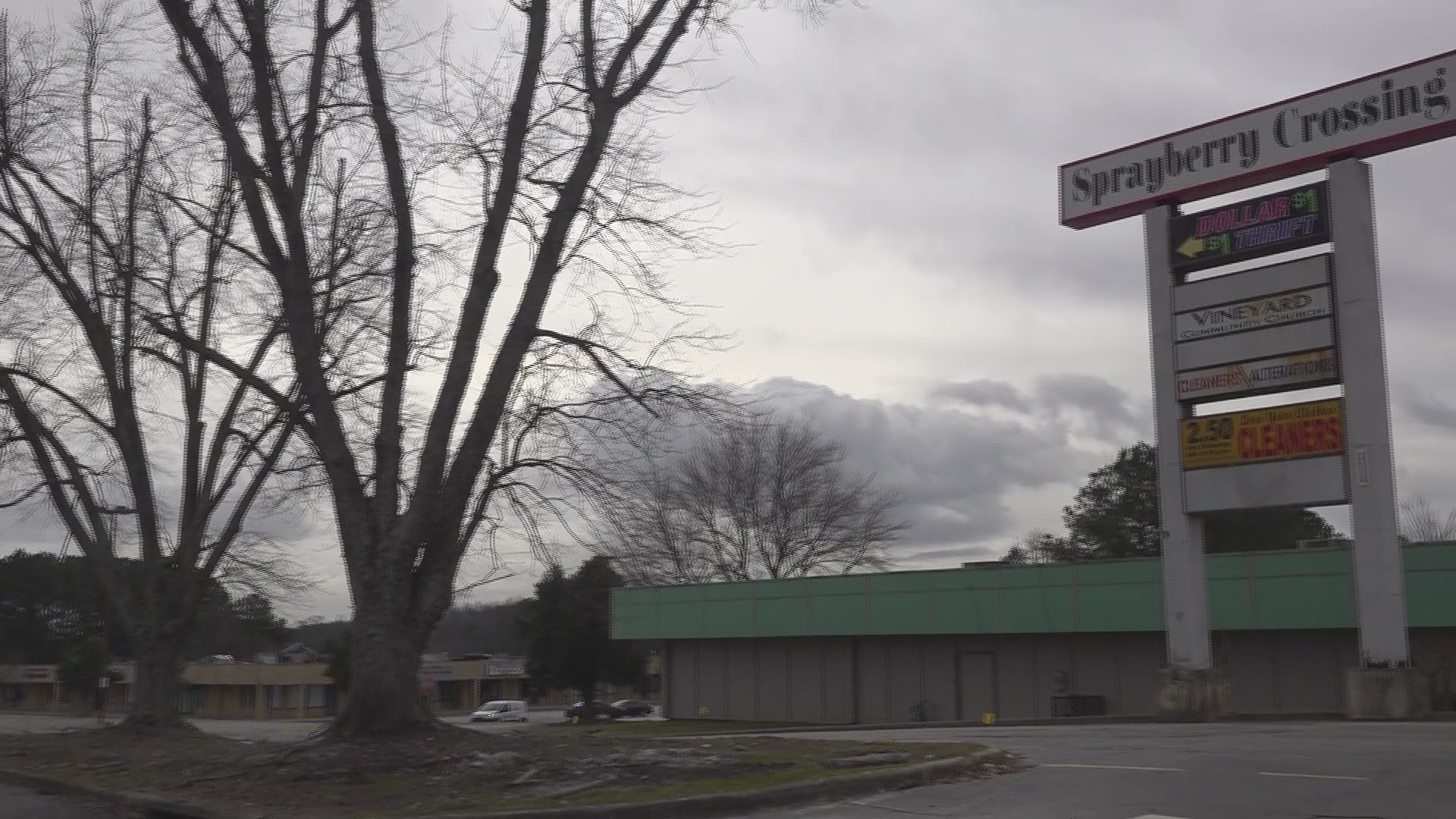 EAST COBB, Ga. — Most people living in East Cobb are familiar with Sprayberry Crossing. The rundown shopping center has become a hot topic across the area, and most locals are hoping the 13 acres will eventually be developed into something useful. Atlantic Realty Partners has shown interest in developing the space, but the firm’s initial proposal, which included a lot of apartments, was not well received by nearby homeowners.

“It was very heavy in residential and heavy in rental, so there’s been some opposition to that,” Shane Spink said. “I think the community is looking for something that they can use, somewhere that is a center for the whole community to come in and use with retail and restaurants and maybe a grocery store.”

Spink and his family live across the street from Sprayberry Crossing. He said he remembers when it was a popular area.

“The shopping center has been here for 50 years,” he said. “30 of it as a retail center that was working. The last 20 years has been pretty much like you see it here, just decaying year after year.”

Spink said Sprayberry Crossing - as it exists today – looks very out of place in the middle of an affluent area where the average home price is about $300,000.

“You might expect to see this in other parts of Atlanta, but not right here in the middle of East Cobb,” he said.”

If it were up to him, Spink said the area would be developed into a mixed-use property.

“I don't mind if there's a little bit of residential,” he said. “Mixed-use as a true mixed-use would have an equal amount of residential with retail and maybe even some commercial stuff, an office or whatever. That would be probably the most optimal thing in today's age. A completely retail center, I don't think that would work either, because retail is kind of going the way of the Dodo a little bit, all around Atlanta and all around the country.”

Spink is a regular contributor to a popular Facebook group titled “Sprayberry Crossing Action,” a group that was formed in an effort to get the former shopping plaza redeveloped.

“That Facebook page has grown to about 5,500 people,” he said. “It's just people that are here around the community, which is a pretty good amount of people to be active on social media, and they are very active on this and very passionate about it.”

Spink said he’s holding out hope that Sprayberry Crossing will some day be a place families can enjoy.

“This is a great community,” he said. “This could be a thriving center, if it was done. You see everything across the street and around it is completely full.”

In the meantime, Spink and everyone else in the area continues waiting for another proposal from Atlantic Realty.

“They're looking to bring in the new proposal to the community, then they want to meet the community and go over it in a community setting,” he said. “If any other developers want to come look at it and try to do it, I encourage them to look at it.”