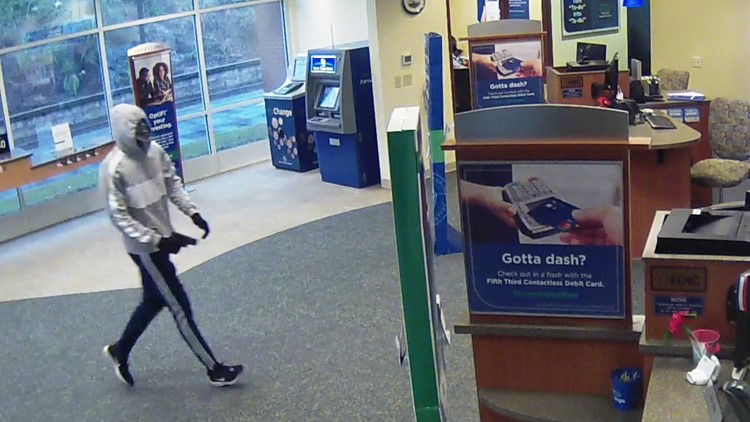 MARIETTA, Ga. — A tall, slender man walked into a bank shortly after it opened, pointed a handgun at the teller and repeatedly said, "This is a robbery."

The suspect took an undisclosed amount of money from the Fifth Third Bank on Cobb Parkway and fled on foot.

Images from the bank's security cameras show a man in a grey sweatshirt, black pants, black shoes, black gloves and either a mask or handkerchief covering his face. striding to the counter with a gun in his hand.

This suspect should be considered armed and dangerous. 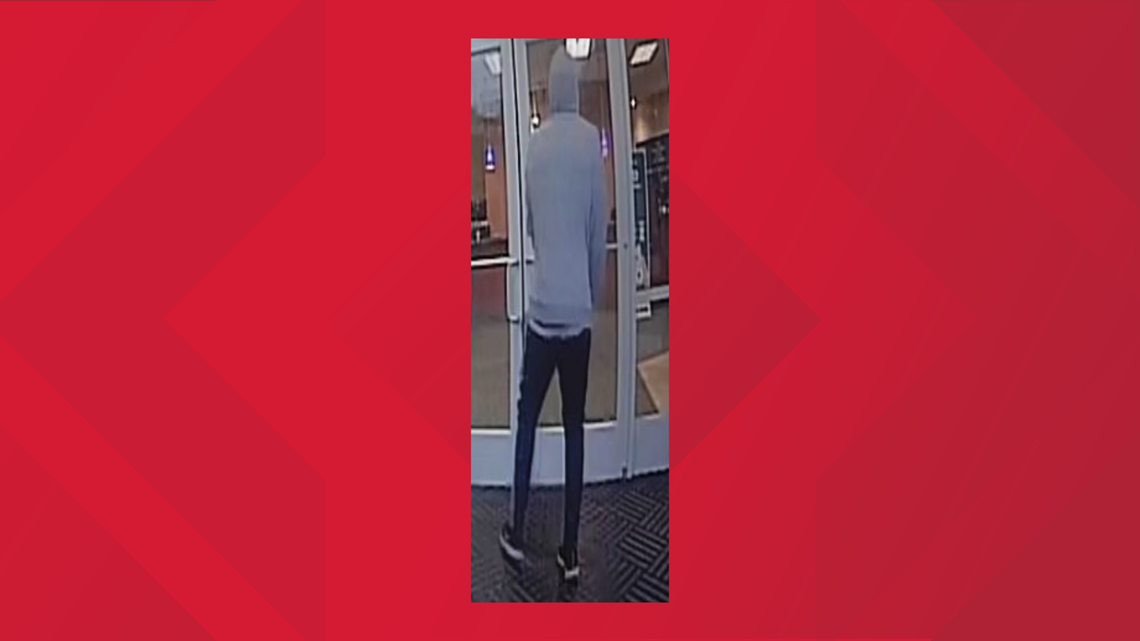