The owner of a video production company in Cobb County says she feels mislead by recent talk of relief funding. 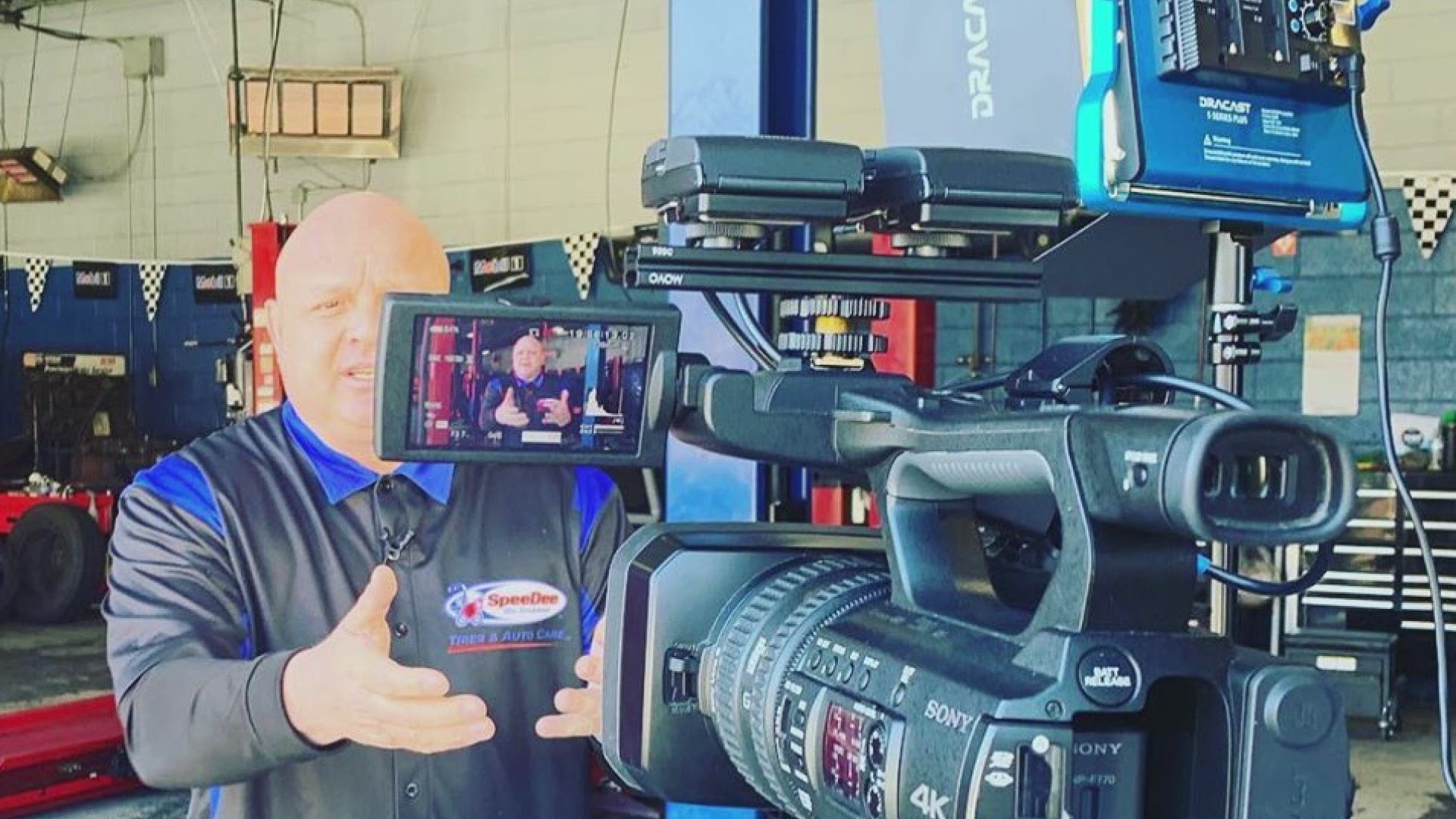 EAST COBB, Ga. — What do you do when your successful business comes to a screeching halt because of a government-mandated stay-at-home order? Millions of Americans are asking themselves that exact question, right now. And many of them, like Cobb County resident Shea Allen, thought help was on the way.

The “it” Allen referred to was one of many claims on the Small Business Administration website.

“I was expecting the money that I would need to float my business for a month, two months, however long this was going to go on,” she said.

Allen is the owner and creative director of Rage and Crow Productions, a small business which, by all accounts, should have been eligible for the relief funding from the government.

“I founded the company in 2017 after a lot of dreaming, a lot of saving, a lot of struggle and a lot of compromise,” she said. “I’ve never been more proud of something I was able to do, to be able to support myself and my two sons as a single mom. I've worked my whole life for this, and so here lately I've been kind of uneasy because I feel like everything I've worked for is now hanging in the balance.”

With no income, all her projects on hold, and zero communication from SBA officials, Allen said she decided to take a different route to keep her and her kids (a 6-year-old and a 13-year-old) afloat. She started researching the Paycheck Protection Program and said she decided that was a good option.

“I tried to apply at my bank, Wells Fargo, and apparently within three days of the CARES Act being announced and the paycheck protection loans, they've been so overwhelmed with applications that they were no longer accepting loan applications for SBA disaster relief loans,” Allen said. “I tried other banks, but most of those banks said that they would only accept applications from people who had pre-existing business accounts with them, or the banks themselves were closed. You could not go in and they would say ‘we will have our online application process up and running any day now,’ but those sites have never materialized.”

At this point, she said, there was no option but to file for unemployment. But even that got her nowhere, Allen said.

“I filed an unemployment claim two weeks ago, and there were questions on there specifically related to COVID-19,” she said. “’Are you unable to work because of the pandemic and the quarantine?’ I checked yes on all of those things, provided all the information, and I got an email confirmation saying that my unemployment application was processed and I would get a second email, and that would be within five to seven business days. Three weeks later, no email. I tried to contact the office and sat on hold with the unemployment office for 3.5 hours last week before I just gave up.”

“Getting this money would be so helpful,” she said. “I never asked my government to pay my bills before. I've never expected not to have to work hard to make my dreams a reality, but my hands are tied. I have a 6-year-old son. I have nowhere for him to go even if there were productions running, even if my contracts were moving forward with the video content projects, but they're not. And I don't know how long I'm going to have to float.”

Allen went on to say she’s thankful for previous successful years in business prior to all this since she now has to rely on her savings.

“It's been frustrating being promised something, counting on something, feeling encouraged like the government was doing what it's supposed to do, helping its people when it needed to, strengthening our nation's economy when it was weak,” she said. “I don't appreciate being led on. I don't appreciate feeling like I was going to be okay. It was almost like this CARES Act and all these things were thrown out there so quickly with no infrastructure in place and with no approval of actual funds to fulfill those promises. Meanwhile, all the small business owners were like ‘Woah, thank goodness we're covered, we're going to make it until we can go back to work.’”