EAST COBB, Ga. — If you’ve ever sat on metal bleachers in the summer, you already know they get hot. Real hot, in some cases. A 1-year-old learned this the hard way on Saturday, after he fell on the bleachers at Wheeler High School.

“At first, I did not realize why he was screaming,” Heather Carlock said. “I thought maybe he cut himself or something.”

Her youngest son, Thad, was screaming because the bleachers immediately burned him.

“In the time it took me to just stand up and take two steps, he had already formed blisters on his hands and his knee,” Carlock said. “There was an officer on duty, so I went to him and asked him to help us. He redirected us to the concession stand, and the medic on the field met us up there to dress his wounds.”

Two days later, Thad was taken to a local burn center for surgery.

“He had to have skin grafts, and they checked to make sure he did not have third-degree burns as well,” Carlock said. “They used cadaver skin on him instead of trying to find skin on him that would fit in that area. Since he was burned so badly in a lot of areas, the cadaver skin covers more.”

Carlock says she is still shocked by how quickly her child got burned.

“It could not have been more than 5 seconds if that,” she said. “We go to the playground quite often. I check the slides, I check his seat belts when we get in the car. I checked the seats that day but I have never experienced anything that hot before.”

Carlock says this whole process has been a nightmare, but she has some ideas for how to prevent this from happening to others.

“There are bleachers made of concrete, and they stay cool throughout the day,” she said. “There are bleachers that have been covered, or there is that slip grip material on them that doesn't seem to get as hot as the actual metal does. There are a lot of things I think could be done to keep you safe because when you go to a game, you are expected to have a good time. It's a family event so everyone should get there safely and then leave there safely.”

She says there has not been much communication with the high school where this happened, but they are aware of the incident.

“I reached out to Wheeler and then risk management called me,” she said. “I had a few suggestions in mind, and unfortunately I was told the best they could do was put a sign out, which is a good start.”

11Alive reached out to the Cobb County School District for comment, but they have not yet returned our calls. 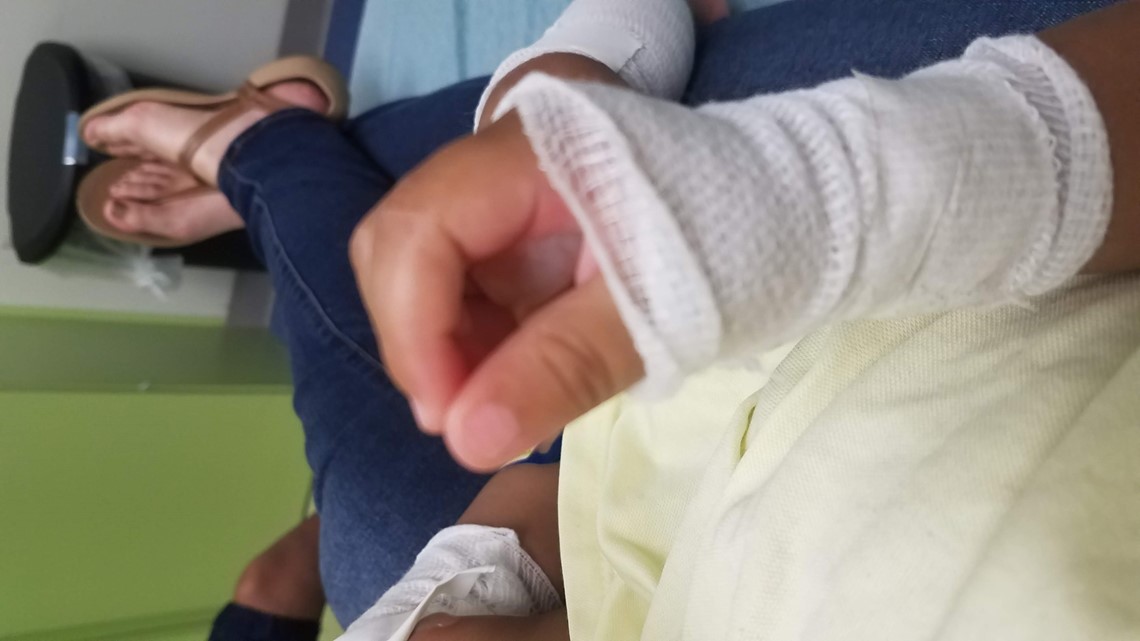 'No signs of trouble': Father of apparent murder-suicide victims had dinner with daughter night before

After rash of student incidents, Cobb principals and courts meet