The Wheeler High School graduate has won a $10,000 scholarship, after making a tuxedo out of Duck Tape. 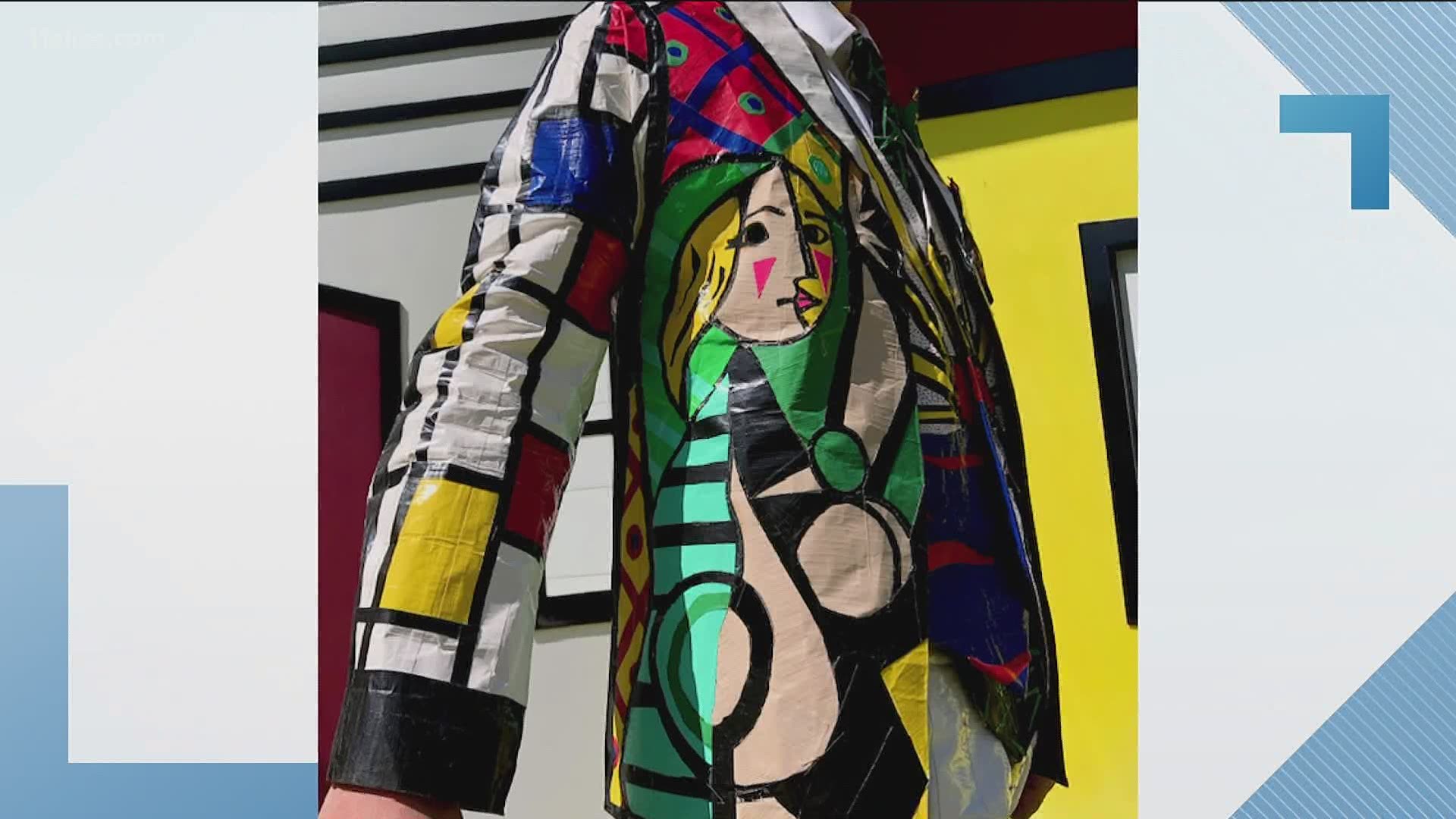 The contest asked teens from across the nation to design and create a tuxedo or dress entirely out of Duck Tape.  Each of them will receive a $10,000 scholarship for their first-place finishes.

Cordisco, a 2020 graduate of Wheeler High School, spoke with 11Alive in early July, after learning he was a finalist.

“It took about two weeks and 27 rolls of Duck Tape,” Cordisco said. “We laid out the Duck Tape overlapping each other so it was like a little sheet of Duck Tape, and then we just cut out the pieces which made it a lot easier. All those little pieces were the hard part because they stuck to your fingers and stuck to your scissors. It was a huge pain.”

His dedication paid off.

Cordisco, who plans to study fashion design at Savannah College of Art & Design, won the tuxedo portion of the contest with his colorful tribute to famous artists.

He said it was his art teacher, Lisa Casey, who inspired the design which includes Duck Tape recreations of work by Kandinsky, Mondrian, Picasso, Warhol, Lichtenstein, Haring, and Van Gogh. After being selected as a finalist by a panel of judges, Cordisco, along with family and friends, drummed up support through social media, encouraging people to vote online.

“Despite the unusual circumstances surrounding this year’s contest, we were blown away by the near record high turnout of 355 entries and the talent displayed by each of our finalists,” said Ashley Luke a representative for the company said. “We’re so inspired by Peyton, Ashton and the rest of our 2020 participants for using their creativity to brighten the world during these unprecedented times.”