With their season cancelled, Rugby ATL players are giving back to the community. 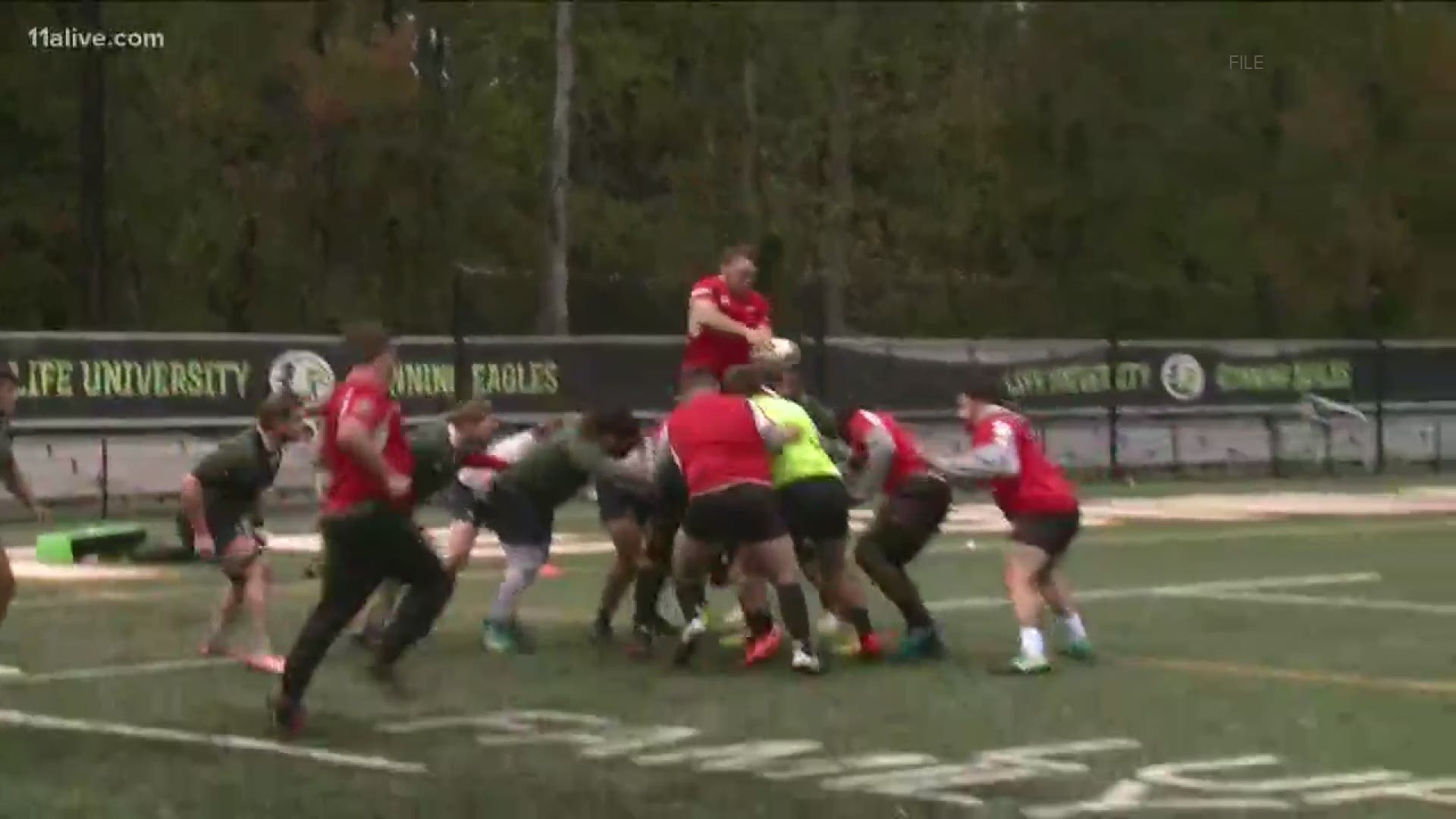 EAST COBB, Ga. — It’s not often you see professional athletes inside an industrial kitchen, wearing hairnets and preparing food for homeless people. But it’s also not often that all sporting events get canceled due to a global pandemic. Back in March, when the Cobb County-based Rugby ATL team got word their season was canceled, the players started finding other ways to spend their time. Some of the guys ended up in the kitchen with Sandra “Cookie” Cook, the team’s caterer, as she prepared meals for MUST Ministries that would eventually be given to those in need.

“It makes me very proud of them because these guys are really just starting out and they haven't forgotten their roots. They have compassion. They wanted to pay it forward to someone else that was less fortunate than them,” Cook said. “It just made me fall in love with them that much more because their hearts were in it. They weren’t in there just to make a peanut butter and jelly sandwich. They understood why we were doing this, and that people fall on hard times. It doesn't matter the story, this is the situation. ‘Now, how can we help them?’ That's what it's about.”

Cook, who owns Catered Southern Events, said she’s been a full-time caterer for about 15 years. But her history with MUST Ministries dates back much further than that, she said.

“I actually have been cooking for MUST since the 80s,” Cook said. “The singles group at my church, we would take on a meal a couple times a year, and I started with that. So I've been with them for quite a while.”

She said she enjoys feeding homeless people and has done so in many parts of the world including Guatemala where her nephew is a missionary. Working alongside the Rugby ATL team, though, has been especially gratifying, Cook said.

“I'm very grateful that God gave me the talent to do what I'm doing because I realize a lot of people can't do this,” she said. “It's just in my DNA and my personality that this is what I do, and I see it in other people, especially these guys.”