Years of planning and dozens of volunteers are coming together this weekend for the inaugural ‘Multiverse Con.’ 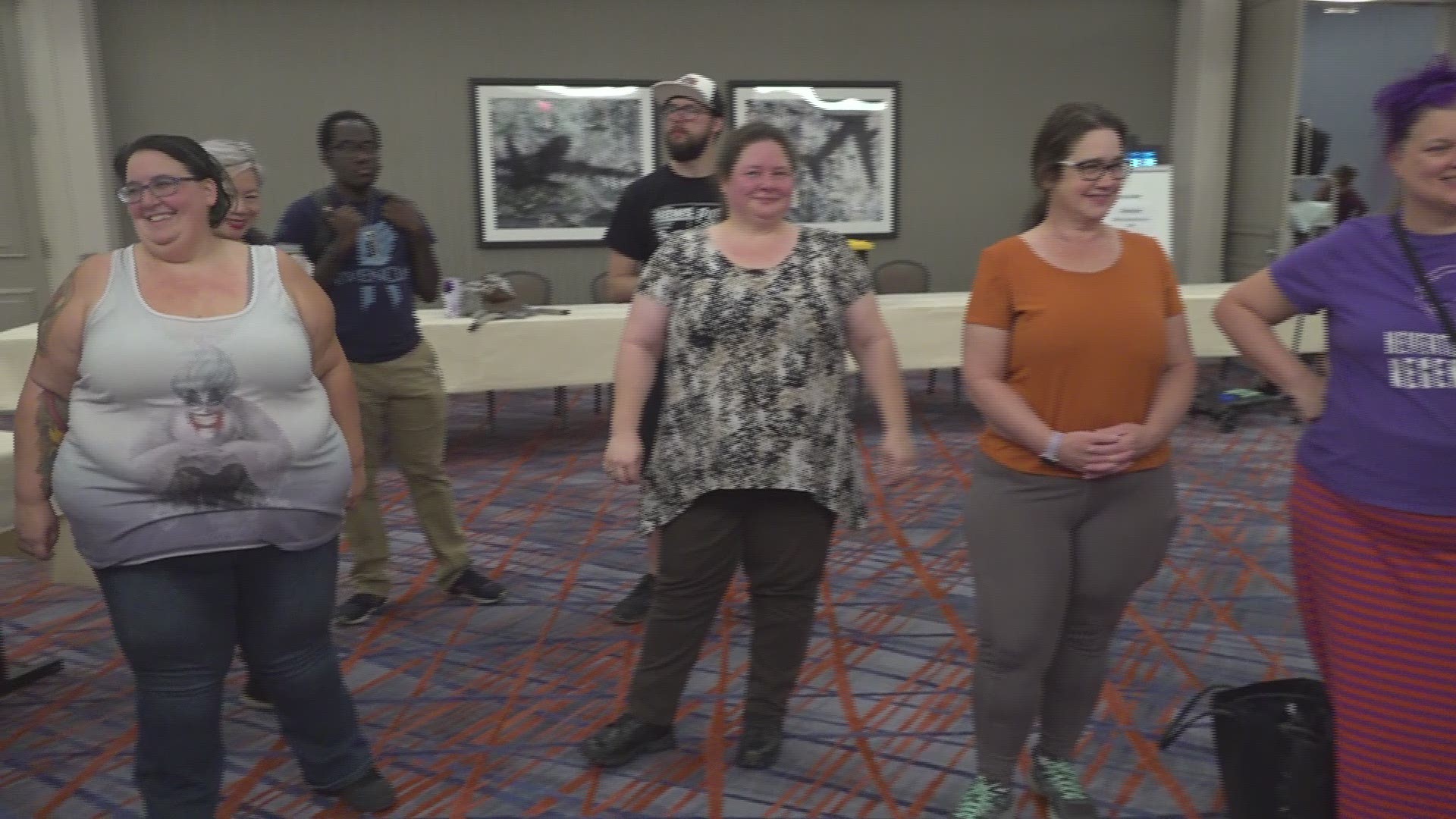 EAST COBB, Ga. — “It takes a big team to make something like this run,” Multiverse founder Jesse Adams said. “We plan to do this every year, but there's a special excitement about the first year.”

Adams, who lives in East Cobb, says he decided to host his own sci fi convention after attending something similar in Texas.

“I was in Austin, and I went to a convention for the weekend, a small one,” he said. “I had an absolute blast there, I had never been to a smaller convention like that. There was a lot of things I loved about it, like the sense of community. I got to meet some authors I have been reading for decades. But there were some things I saw that could maybe be done better. There was an aspect of things that I thought would be more fun maybe put it on in a different way. I started thinking more and more about this. ‘It’s really fun and I want to do this kind of thing when I get back to Atlanta,’ but I want it to be a specific way. I want to appeal to a certain group of people, a broad group of fandom that includes really everybody which a lot of conventions don't necessarily.”

That was in August of 2017. Adams says he started planning everything out then recruited some people to help.

“I went and found some very experienced volunteers from other conventions, some of the big ones,” he said. “The planning kept going and before we knew it we had an entire convention.”

Adams refers to the process as a labor of love, and it would have to be considering he also works a full-time job…as do most of the people helping with Multiverse.

“It's an all-volunteer team,” he said. “There are people who have day jobs and families and social lives. They've put an incredible amount of time and work into making this happen just because we all love the same stuff and we're all big fans of science fiction, fantasy, horror, comics, anime even.”

The event, which is setup inside the Hilton Atlanta Airport, started Friday afternoon and runs all weekend. Dozens of well-known speakers and panelists have gotten involved with the inaugural event.

“We have over 70 guests coming in, Adams said. “That's authors, artists, filmmakers, coming in from all over the country, some of the best in the field. Best-selling authors, award-winning artists, we’ve got game designers.”

One of the guests of honor is John Picacio, a San Antonio-based artist who specializes in science fiction, fantasy and horror illustration.

“These guys are coming in with their newbie operation to kind of having their maiden voyage, and I just couldn't resist trying to launch something in a big city with a team that really seems to know what they're doing. There's a lot of veterans who have run shows before, and I just thought this could be fun. These guys have a lot of energy, but they’ve also got some experience. It’s a good mix. I’ve been in the field 22 years as a science fiction fantasy cover artist, and I just thought this is a good fit, I want to do this.”

Picacio will be doing multiple panels throughout the weekend, including one at 2:30 on Saturday afternoon where he will discuss his involvement with HBO’s hit series “Game of Thrones."

“I'll talk about doing art for A Song of Ice and Fire that became sort of concept art for the show Game of Thrones,” Picacio said. “When I say concept ar,t it was me being used in a small way along with a lot of other artists, but it did happen. So I'll show people how that art was made and kind of how I think through my work. I'll show some new covers and new work that people maybe haven't seen yet.”

To learn more about Multiverse, including the event schedule and ticket prices, CLICK HERE.

Police search for shooter, after multiple people are attacked by person with pellet gun