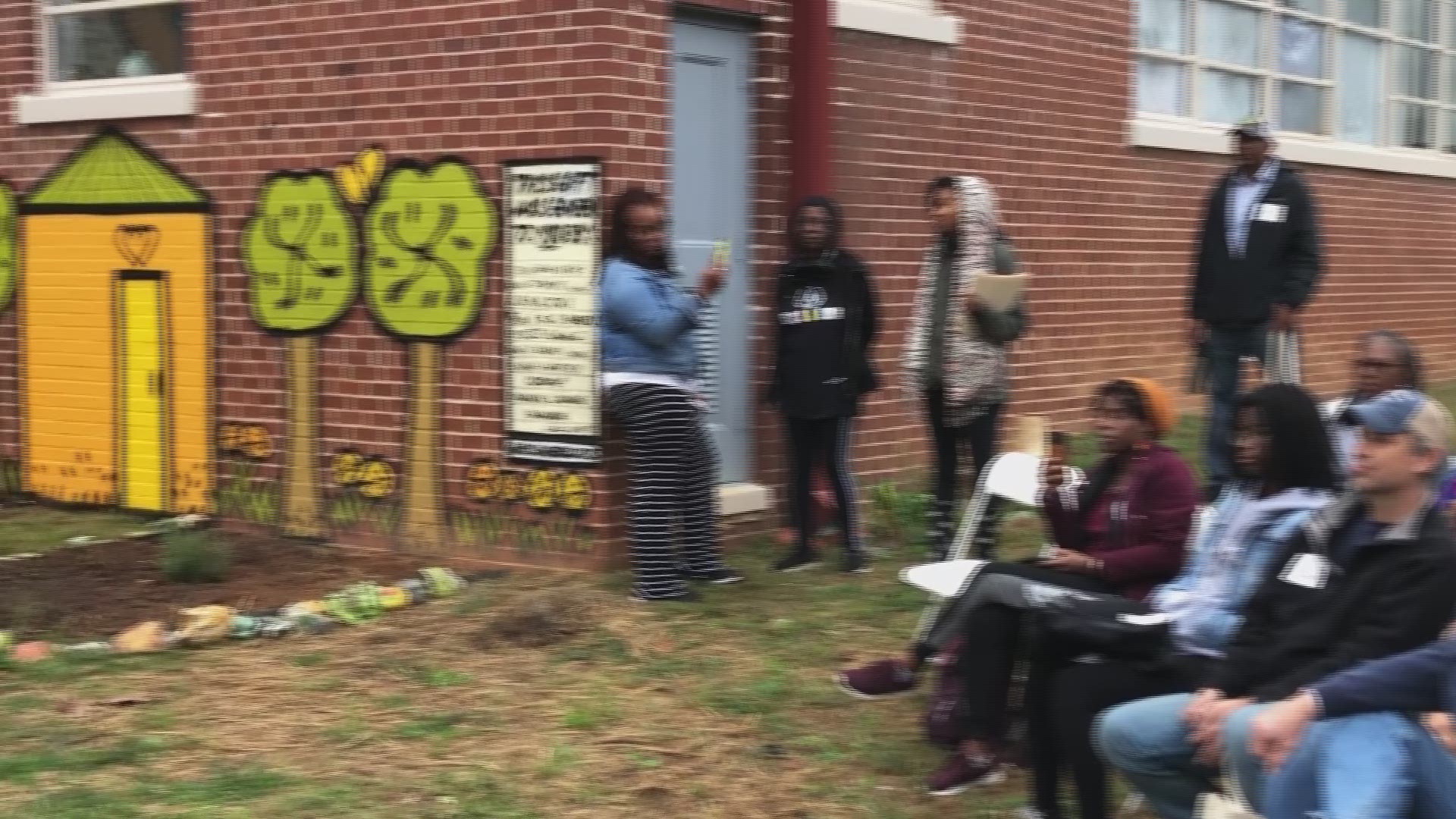 EAST POINT, Ga. — The morning skies were gray and cloudy over the ArtsXchange on the day of the City Agriculture Tour. The forecast threatened rain as an autumn chill hung in the air. In spite of all of that, there wasn’t an empty seat to be found as things got underway.

Phase One of the Food Well Alliance / East Point City Agriculture Plan was underway in East Point and folks were ready for it. Sixty residents, local farmers, even Mayor Deana Holiday Ingraham herself boarded the two charter buses after a brief introduction to begin a comprehensive education tour of the city of East Point and its many (albeit somewhat hidden) resources.

The first phase of the plan began in the summer shortly after East Point was awarded the honor of becoming the first model city in the state. Since the community kick-off event, residents and city officials have exchanged ideas for effective and impactful ways to address and eventually eliminate East Point’s food access challenge.

As phase One draws to a close, data will be compiled and a steering committee will be appointed to usher the plan into its next phase which is slated to begin in January 2020. For up to date information about the status of the City Agriculture Plan visit their website.

RELATED:
'Let's grow together!' | East Point earns their place at the lead table