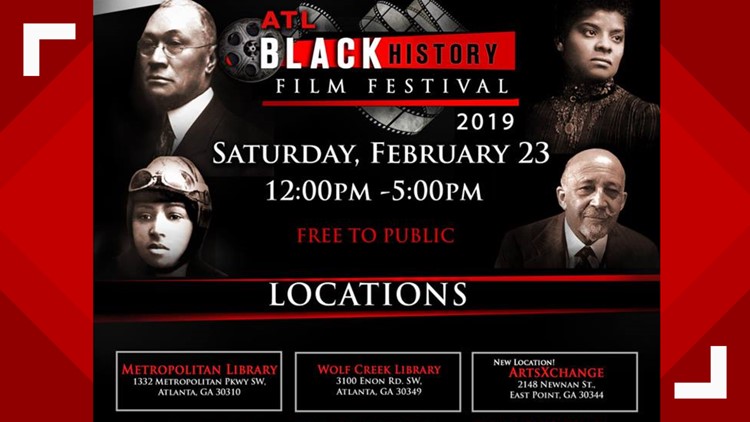 EAST POINT, Ga. — The Black History film festival makes it's way to Atlanta this weekend. Started by Fulton County Commissioner Marvin Arrington, Jr. back in 2011, The primary objective has been to showcase Black contributions in film and to broaden the audience’s perspectives about African American narratives throughout American history.

This year’s film line-up also includes the documentary about District 5’s own, Congressman John Lewis (who is also a presenter at this year’s Academy Awards on Sunday).

The remaining films are as follows:
I Am Not Your Negro (Featured Screening)
Maynard
A Little Girls
John Lewis: Get in the Way
Finding Oprah's Roots
One Person, One Vote: The Election of President Nelson Mandela
Murder of Emmett Till
Only the Ball Was White