'Blood of the Earth' exhibit begins at Arts Xchange

The exhibit, curated by artist Corrina Sephora, features works that are made of guns. 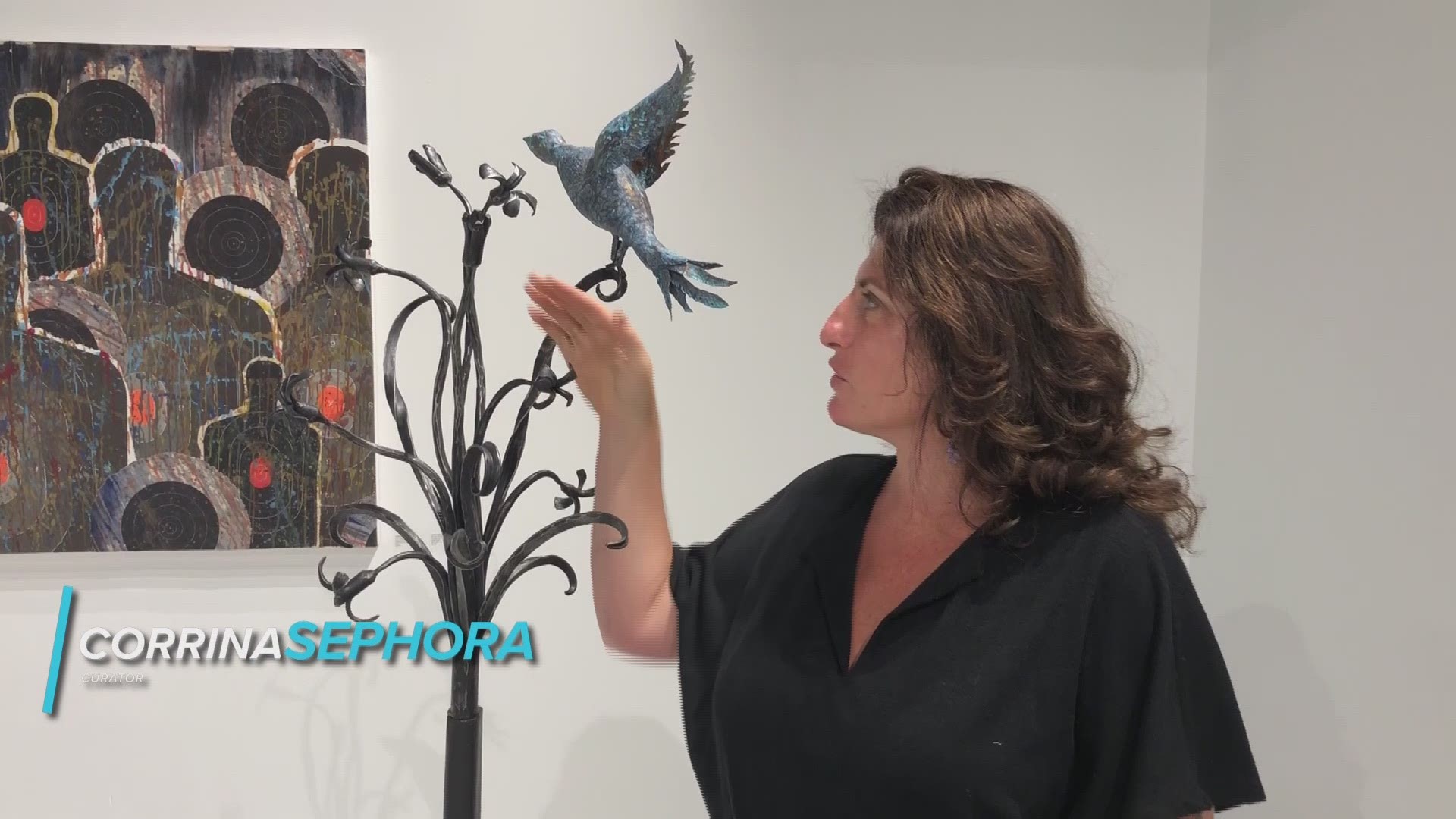 EAST POINT, Ga. — In connection with Gun Violence Awareness Month, the Arts Xchange is introducing the “Blood of the Earth” exhibit.

RELATED: The Arts Xchange opens its doors in East Point

The exhibit, curated by artist Corrina Sephora, features works made of guns.

“I’d say for about two years, I’ve been working on projects where I’ve been invited to transform guns into something else,” said Sephora.

Sephora created several of the pieces, including a metal sculpture of flowers made from an automatic rifle.

“I started thinking the barrel of a gun is very similar to a pipe of steel. I could take that piece of steel, and through hammering it, forming it I could make a flower out of it,” said Sephora.

The exhibit began on June 1st and ends on July 13th, and will include a panel discussion moderated by Sephora Saturday, June 8th.

“One of the women who will be on the panel is a mother who lost her son to gun violence,” said Sephora.

Sephora met the woman during an event commemorating the 50th anniversary of Dr. Martin Luther King’s death with Lead to Life.

The non-profit group is made of mother’s who have lost their children to gun violence.

“During the event at the King Center, we melted 50 guns and turned them into 50 shovels and then planted 50 trees into the soil, creating something new,” said Sephora.

A film dealing with gun violence will be featured at the Arts Xchange July 13th, the last day of the exhibit.

RELATED: 'Catch me in the A' exhibit ending soon at Arts Xchange