Celebrity chef takes a ‘paws’ teams up for local canine cause 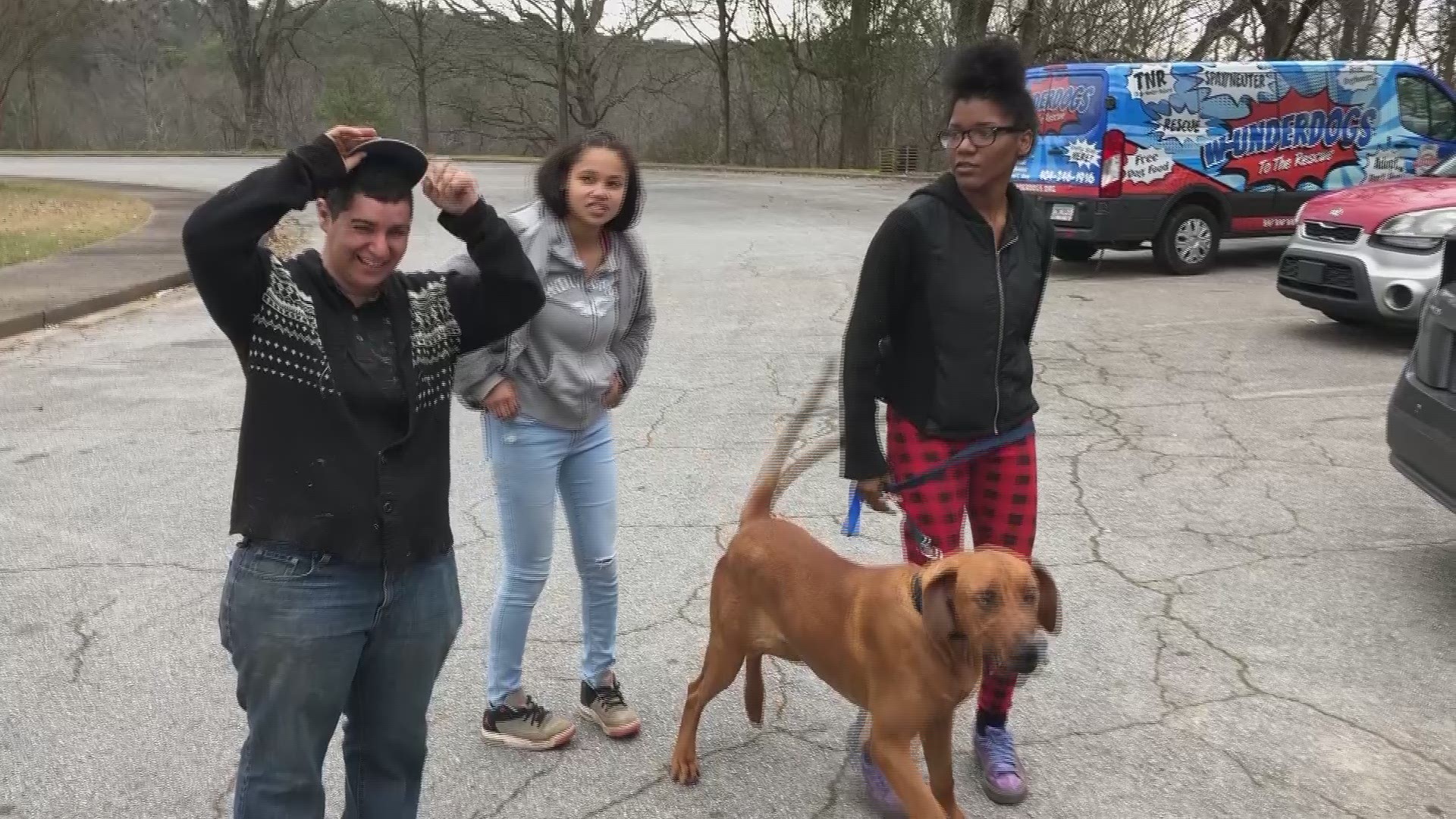 That's despite the fact that Atlanta-based Real Housewives of Atlanta and Don’t Be Tardy chef had been a fan of her work for the better part of a year.

“Well, it was the right time at the right place,” W-Underdog admin manager, Sibylle Reuter said. “We were talking about bringing some sponsors in for an event and I mention to Grace that Chef Bloom was following and reposting some of our stuff. Grace says ‘Who’s Tracey Bloom?”

After a phone call and a quick visit to W-Underdogs headquarters, Chef Tracey shared on her social accounts an adorable albeit somewhat unruly redbone coon hound pup that caught her eye. His name is Clifford.

Don’t let the term ‘pup’ fool you either. At only eight months, Clifford is already the size of most full-grown labradors and boy, does he love to jump.

Less than three days after their initial phone call, Chef Tracey, W-Underdogs and Clifford were meeting up with a potential foster family at a local dog park.

Credit: Clifford, the big red coon hound is getting a foster family

An avid animal advocate herself, Chef Bloom has fostered in excess of 100 animals personally over the course of the past year alone. She told My East Point News that she thinks the founder of W-Underdogs is, in a word ‘awesome.’

Clifford, the big red coon hound, has found a foster home with a local family used to larger dogs and the W-Underdogs have found themselves a new friend as well.

For more information about the W-Underdog program, visit their website. Chef Tracey can be found on ‘Don’t Be Tardy,’ which just wrapped its eighth season on Bravo TV.

No Judgment. Just Love: The W-underdogs to the rescue.