In 1972, Jackson became the first black man to run for a seat on East Point City Council. 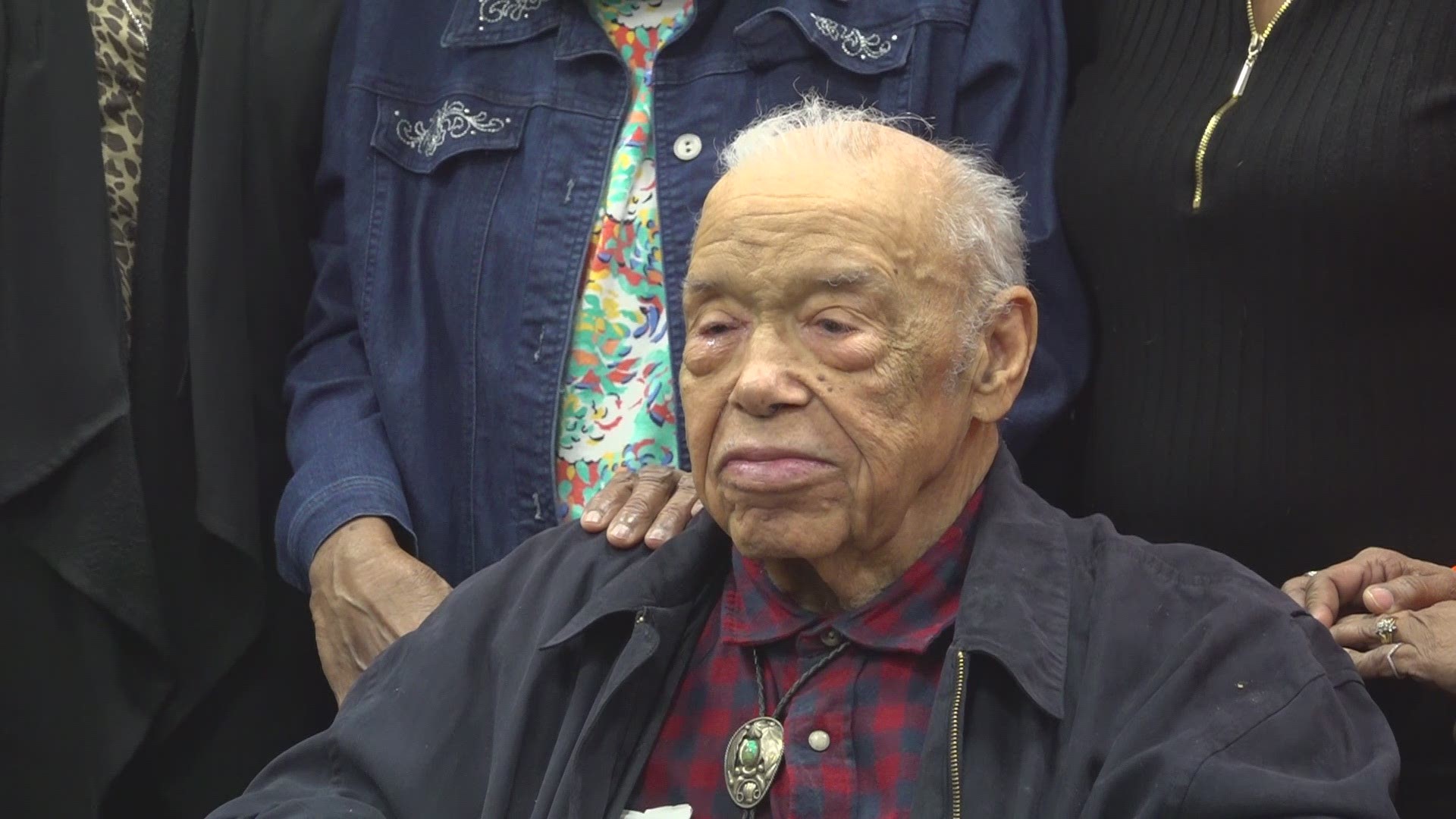 The City re-dedicated the James L. Jackson Pedestrian Bridge to Jackson and recognized the 92-year-old for his accomplishments.

In 1972, Jackson became the first black man to run for a seat on East Point City Council.

“Be in the right place at the right time. Be where he [God] puts you and do the best you can with what you have,” said Jackson.

While he didn't win, Jackson mentored others, such as Joe Heckstall, the first African-American elected to Council in 1981.

“When I moved to East Point from New York in 1971, I didn’t know anyone. They immediately directed me to Jim Jackson,” said Heckstall.

He continued to be a pillar of the community and leader in city government.

“I’m so thankful for the foundation that he laid for all of us in East Point,” said Heckstall.

The bridge was first dedicated to Jackson in 2002 by then-Mayor Patsy Jo Hilliard. Hilliard was the first black woman elected as Mayor of East Point.