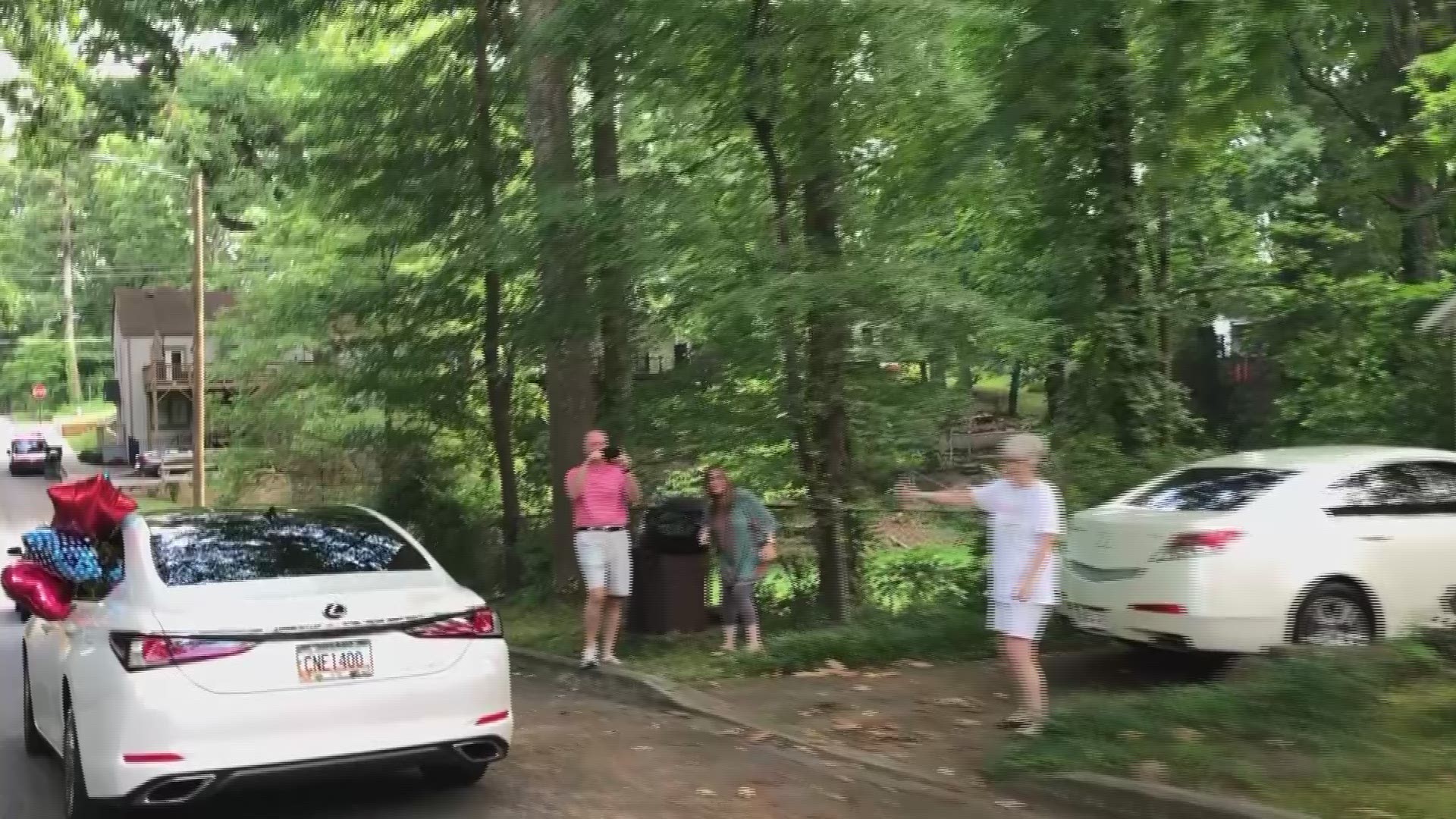 COLLEGE PARK, Ga. — Sunday afternoon, nearly two dozen gathered in College Park to honor the milestone event of one of their most beloved co-workers, Judy Bean.

As of Monday, June 15, Bean will have celebrated her fifty-year anniversary with Atlanta’s largest employer, Delta Airlines.

Only at Delta, they affectionately refer to these milestones as ‘Deltaversaries’

Tiffany Meng, a 15-year-veteran of the Delta Flight Museum where she works with Bean, arranged the ‘Deltaversary’ parade. Meng lovingly refers to Bean as her ‘work mother.’

Credit: Co-worker of Judy Bean, whose celebrating her 50th Deltaversary

The group met at 4:30 pm at the College Park Library to coordinate a route before departing around 5 pm to surprise the guest of honor.

When asked about her surprise ‘Deltaversary’ parade, Bean told My East Point News that she was, in a word - flabbergasted.