An East Point resident turns her knitting pastime into works of art. 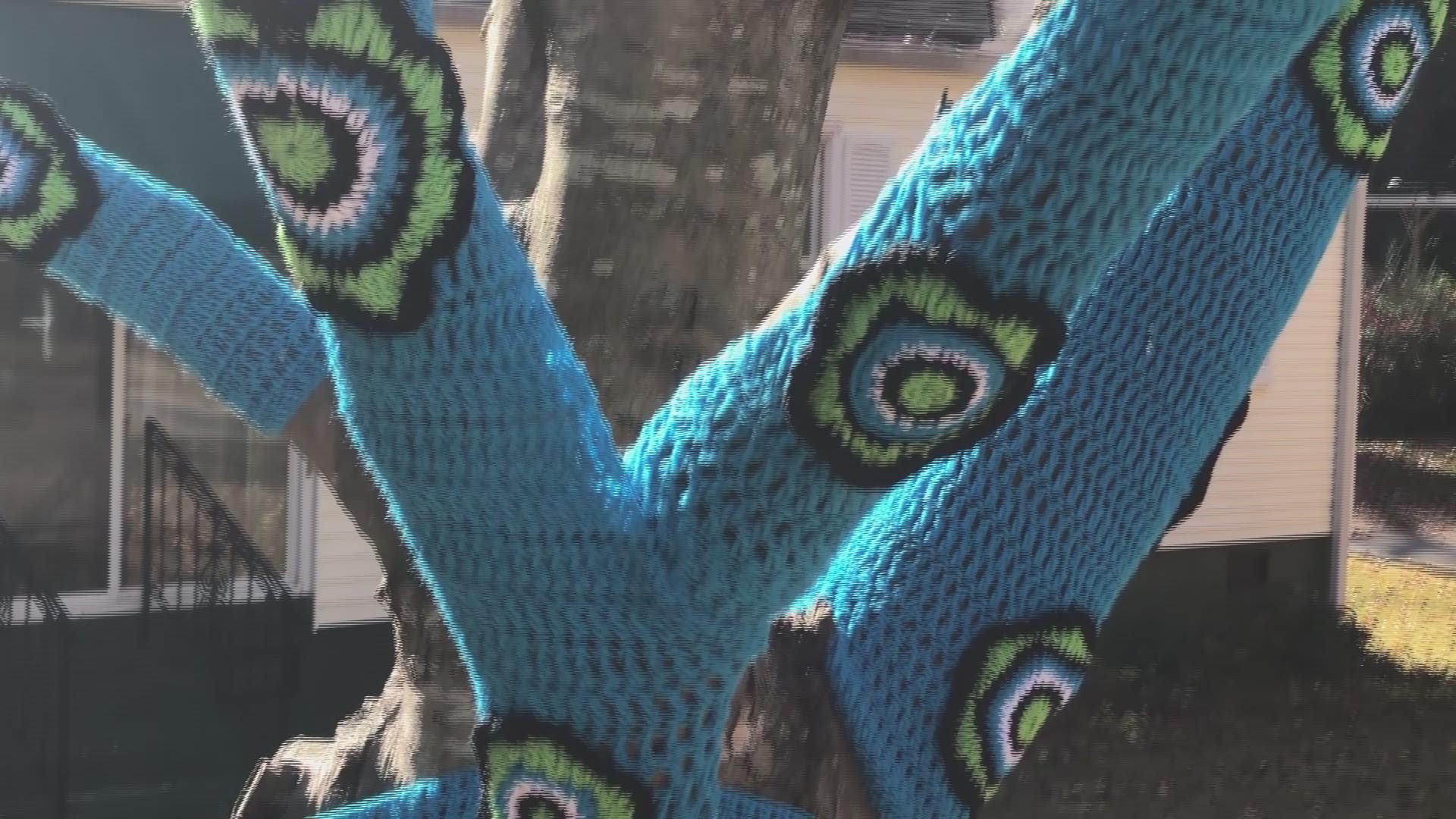 EAST POINT, Ga. — A trend that's is popular is some west coast cities is catching on in metro Atlanta

"Yarn bombing" starting out originally as a form of street art whose ostensible purpose, much like graffiti, was not only meant to mark your territory as an artist  -- but also to beautify.

Yarn bombing, however,  is designed to be temporary. Instead of work that could be characterized as vandalism, yarn bombing’s goal is to provide a sense of warmth and community.

Cindy Barnes Reed, an East Point resident and long-time crocheter, was inspired by the artwork she saw popping up in other cities. So much so that a few years ago, she began decorating the tree in her front yard.

Reed was surprised by the reaction in the neighborhood. Initially, she was concerned with what the neighbors might think of her quirky artwork. Little did she know, that they would absolutely love it.

Since putting up her first design a few years ago, she has expanded her realm to holidays, creating different and unique designs for Valentine’s Day, Halloween, and the Fourth of July, to name a few.

While she does engage in more traditional forms of crocheting that she sells on Etsy, Reed hasn't yet begun creating works of art for mass consumption. Although, she did mention to My East Point News, that she would consider it.

Her ultimate goal is to do a major yarn bomb project for the downtown area of East Point. Right now, she has her eyes set on White Way.