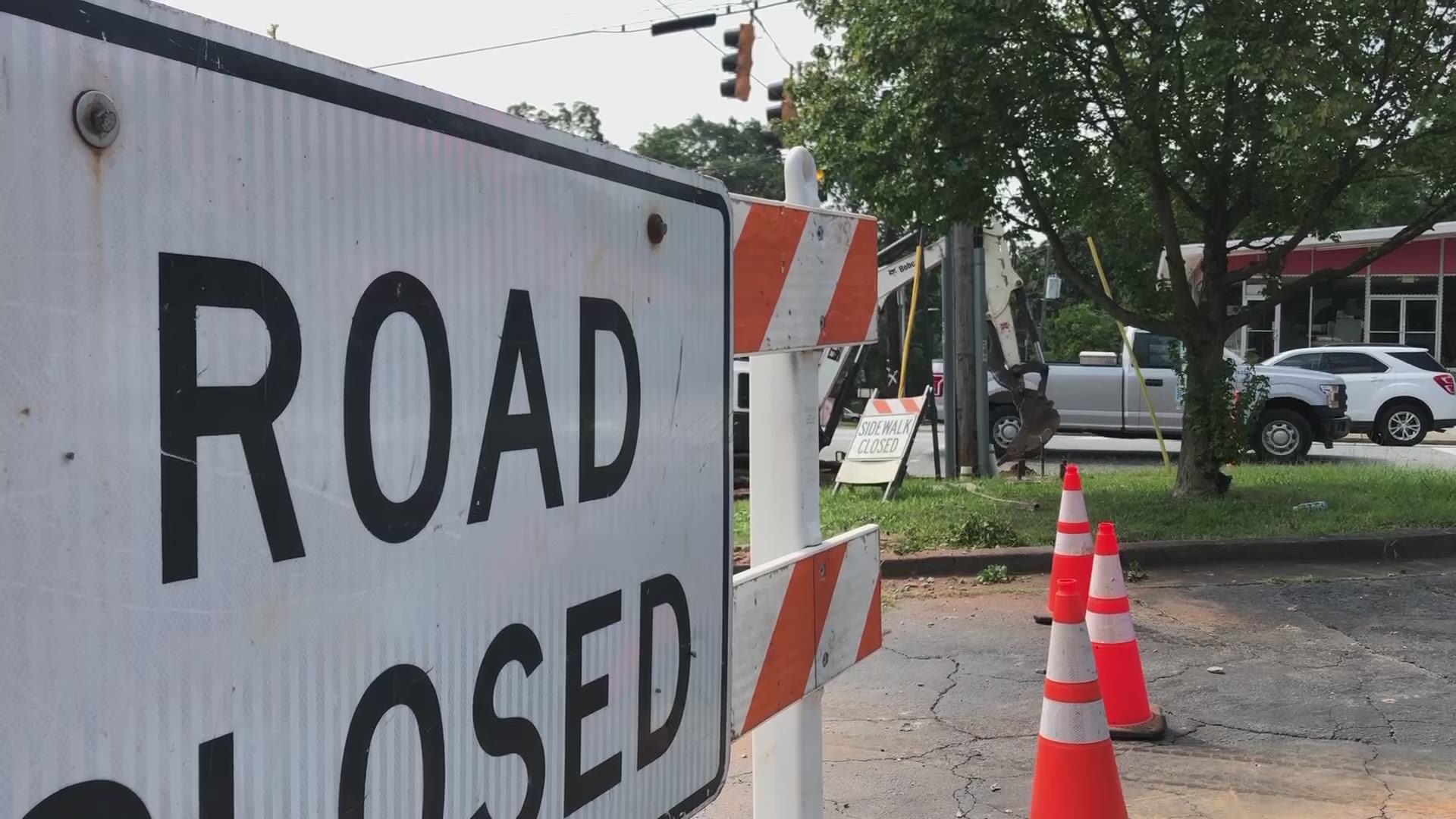 Residents in the Frog Hollow, Conley Hills, and Semmes Park communities have already noticed the proliferation of orange traffic cones and temporary fencing along the Semmes Street corridor the past couple of weeks.

The intent of the project is designed to improve safety for pedestrians and bicyclists as well as enhance the aesthetic value along the Semmes Street corridor. Improvements will consist of resurfacing the existing roadway pavement, provide monolithic curb and gutter for improved drainage, widening of the sidewalk, adding bike lanes, and landscaping to improve the appearance of the right-of-way.

The geographical footprint of the project extends along Semmes Street from Washington Rd down to Norman Berry.

Cadell Hall, transportation division manager with the City of East Point’s public works department spoke with My East Point News at the corner of Semmes St and Washington Rd to discuss the scope of the project and its immediate impact on local residents.

“The project previously before construction went through the right-of-way acquisition phase for pedestrians that will be affected were notified,” said Hall. “The project is one streetscaping, which includes sidewalks, curb extensions and narrowing of the lanes and bike lanes as well, including the cost of the project."

The construction for this project is being handled through the City of East Point and the Georgia Department of Transportation (GDOT). During this time, the city requests that all residents along this area, not to park their vehicles along the streets.

Credit: The geographical footprint of the project extends along Semmes Street from Washington Rd down to Norman Berry.

Hall told My East Point News that while the project is scheduled for a year, he feels that the city is already off to a ‘great start.’ Early projections have the main construction to be substantially completed by February 1, 2021.

For more information and updates about the Semmes Street Bicycle and Pedestrian Improvement project, visit the East Point Public Works page on the city’s website.