East Point joins Little Five Points and West End in a system of soccer programs across the transit system. 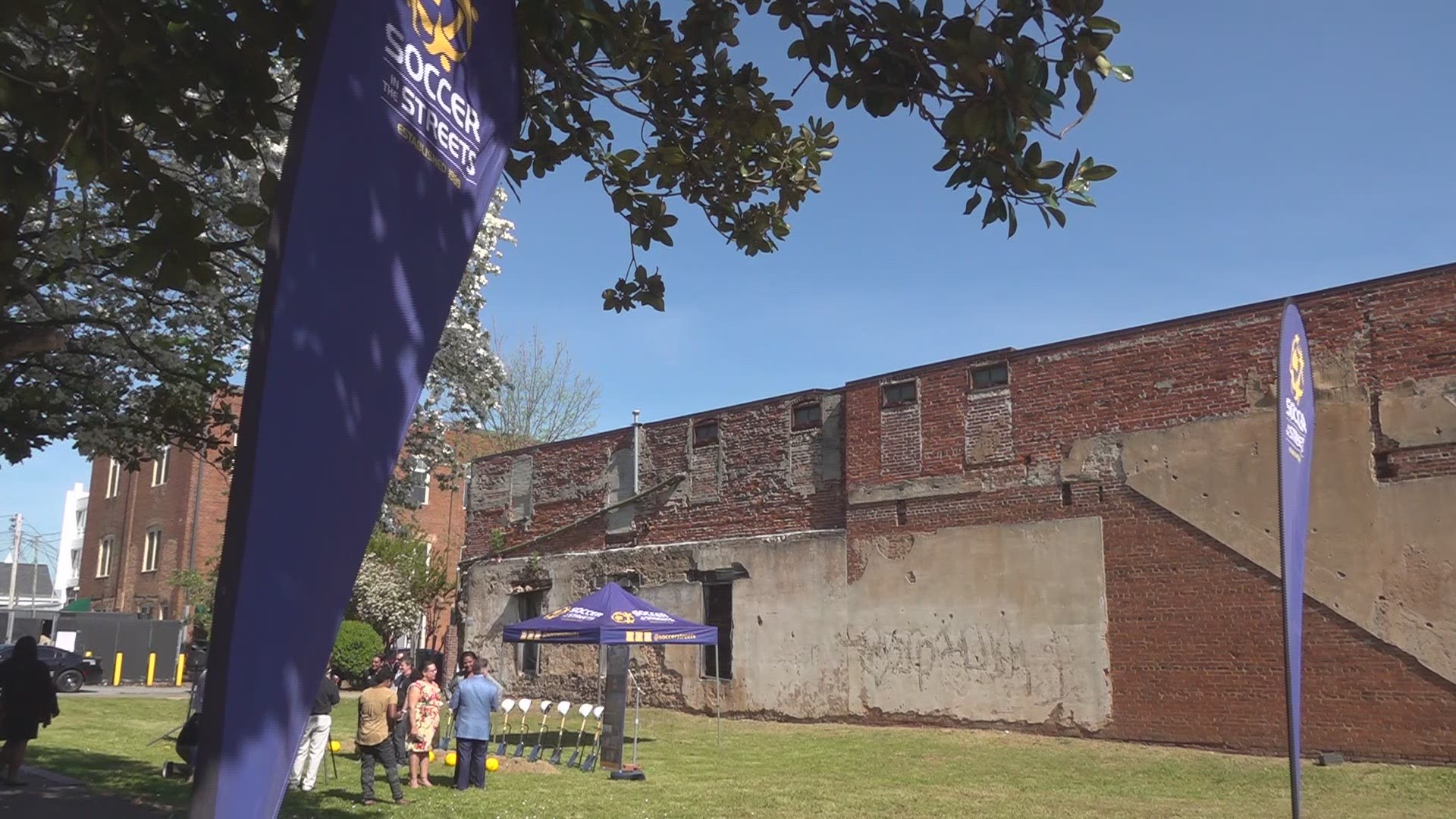 It will become the third to join the Station Soccer program, which is part of the non-profit organization, Soccer in the Streets.

“Many think we’re just about soccer, but we’re not. We’re also about getting kids ready for the workplace. We will have literally programs and other activities,” said Executive Director Phil Hill.

Organizers say they plan to create the first League of Stations in the world. The first Station Soccer location opened at the Five Points MARTA station in 2016. Next, was the West End MARTA in September 2018.

“We want to give access to youth,” said Hill.

East Point Mayor, Deana Holiday Ingraham, says the project is a milestone for the city.

“Soccer is a world language We’re connecting communities cross-culturally in the heart of our downtown area,” said Holiday Ingraham.

The field will be located on Main Street in the grassy area between Oz Pizza and Joel Baskin Law Firm.

Both Chris Wiley, owner of Oz Pizza, and Baskin gave permission for their portion of the land to be used.

“I really don’t think the community realizes the impact this will bring, it will change a lot,” said Wiley.

Builders say the field should be complete by Fall 2019.