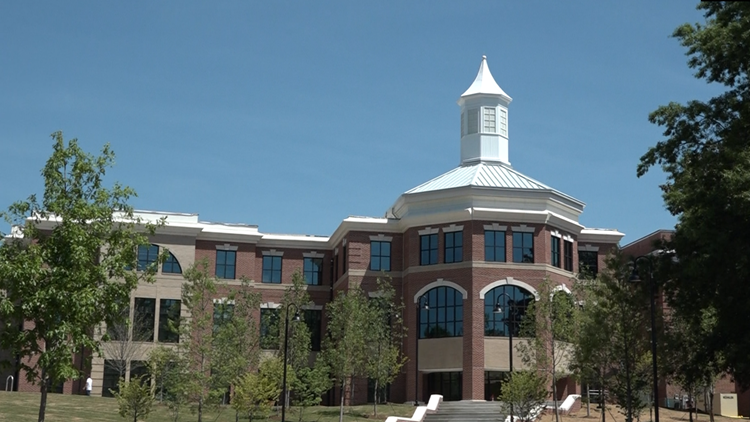 EAST POINT, Ga. — A wise man once said, “The only constant in life is change.’ That statement is never truer than it is every November on Election Day. While I think we all know that Election Day in 2020 is going to be an important one, Election Day 2019 is going to be equally pivotal to the residents here in East Point.

This upcoming November 5, 2019, half of the seats on the current city council will be up for re-election. So that means that all four wards (A, B, C & D) could potentially be electing a new council-member.

What does that mean for the residents of East Point? Plenty. In the city, each ward is overseen by two council members. One At-Large, which is voted on during city of Atlanta elections and then the representatives that are voted on directly by the residents. Those are the positions that will be up for election this November.

My East Point News spoke to several of the candidates to get their personal stances as to why they have decided to run or in the case of many of them, run again.

Council-member Alexander Gothard will NOT be seeking reelection for a third term for his seat in Ward A along with Council-member Shropshire. This is Gothard’s second term with the city having served the residents of Ward A since being elected to the position back in 2011. He was the youngest person in the history of East Point to hold a city council position. During his tenure, Gothard was a crucial advocate in the ‘Ban the Box’ campaign which sought to eliminate the box on applications that asked if applicants held a criminal record or not.

The residents that threw their hat into the ring for the position of the new Ward A representative are Lance Robertson, Davion Lewis, and Write-In candidate, Mike Herring.

Lance Robertson is the co-founder of the National Black and Latino Council USA and the former Executive Director of ARC. (Atlanta Regional Commission)

"Throughout my life, I have consistently demonstrated my commitment to community, small business owners, and building/uniting strategic relationship. I am a problem solver and I pledge to make Ward A residence priority
Number One."

Davion Lewis is the Executive Director and Superintendent of RISE charter schools, RISE Prep and Grammar.

"History tells us that in our East Point the leaders we choose really do matter, and can make the difference between peace and in-fighting, or prosperity and decline. This is why I am running to be next councilman from Ward A."

Mike Herring is a long-time East Point resident and the Chairman of the East Point Utility Commission. He is also a radio personality at WMBT 90.1 The BEAT.

“I have committed myself to progress in East Point. I live here, work here and I have a small business here in East Point in Ward A. I don’t know of anyone else running in Ward A who can say that.”

Ward B (Colonial Hills, Idlewood, Jefferson Park, River Park, Village of Egan, etc)
East Point native, Council-member Thomas Calloway will be re-running for his second term under Ward B. Having beat four opponents for his seat back in 2015, Calloway has been a dedicated member of the council. He was a strong advocate for the newly awarded City Agricultural Plan with the Food Well Alliance. His opponent for November will be River Park resident & community leader, Marie Terry (Williams).

The longtime River Park resident had previously run for city council three times in the past with the most recent being back in 2013 for Ward B.

Marie Terry (Williams) was awarded custody of three children back in 2014 and has become a fierce advocate for children in the city.

“I’m a 9-to-5 city council type of person. I advocate for the rights and safety of the children and the seniors of East Point because without residents, we don’t have a city. That needs to be our priority. A better community. A better East Point.”

Ward C (Arrowood, Cherry Blossom, Holly Hill, Meadow Lark Estates, Oak Forrest, Oak Knoll, Piney Woods, etc)
Council-member Myron Cook is one of the longest-serving members on the city council. Cook will be running for his fourth term for Ward C. The election for this seat seems like it will be the most contentious as Cook will be running against former East Point Mayor, Earnestine Pittman. Longtime residents may recall the heated ‘Anybody But Pittman’ campaign that preceded her run for a second term back in 2013. Pittman lost the race to Jannquell Peters in a runoff.

Ward D (Grant Estates, Heritage Park, Lakeside Preserve, Sun Valley, Washington Road Neighbors, Williamsburg, etc)
Stephanie Gordon will also be re-running for her seat in Ward D. During her tenure, she has championed causes such as illegal dumping and littering. Gordon also fought to strengthen the bond between law enforcement and residents with her ‘Law, Order & Community’ campaign which is held at the Jefferson Park Recreation Center. Currently, there are two contenders for the Ward D seat, former council-member Eddie Lee Brewster (who also ran for mayor back in 2005) and Erica Clemmons-Dean.

Eddie Lee Brewster has been a resident of East Point for over 27 years and has never given up on being a community advocate.

“One of the things that I noticed is that there’s really a disparity in how people live in East Point. There’s a lot of people that are on the margins. I think that I am much better equipped now to help bridge that gap between the haves and the have-nots.”

Erica Clemmons-Dean has been a resident of Ward D for around 6 yrs and most of her immediate family has lived here for many years.

“I want to help build a sense of unity and family. We need to get back to our heritage and revitalize some of our roots that helped make East Point a legacy city. That’s something that I can bring.”

During the elections for 2015, less than 20 percent of registered voters in East Point turned out to the polls. Under the current administration, the city has seen substantive changes that have many citizens, both new and old, eager to keep on track. With the elections just over two months away, it seems we will just have to wait and see.

For more information about the 2019 Municipal Elections, visit the city’s website.