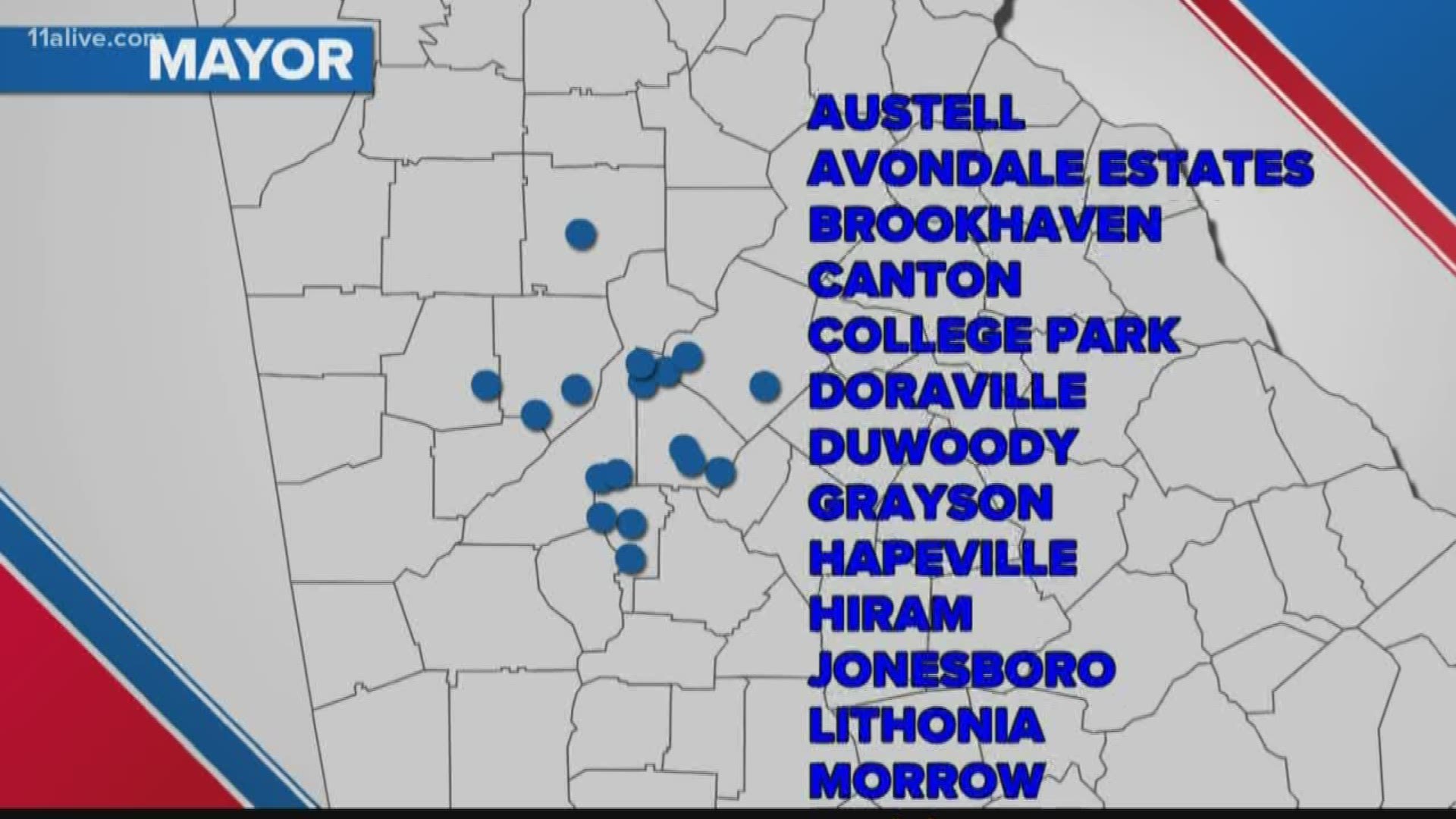 ATLANTA — Voters are heading to the polls on Tuesday, November 5 to decide several important races in the metro Atlanta area.

In East Point, Georgia, voters will decide these races:

To find where you need to go to vote: Visit the "My Voter Page" at the Georgia Secretary of State's website

11Alive will have real-time election results after the polls close. Bookmark this page and download our free 11Alive news app to watch the numbers come in.

Even though there is not a presidential or gubernatorial race this year in Georgia, it's still going to be a very active month in the political world.

President Donald is expected to launch a "Black Voices for Trump" initiative in Atlanta later this week.

On November 20, former President Barack Obama will be in town on the same day that MSNBC/Washington Post host a Democratic candidate debate at Tyler Perry Studios in Atlanta.

Voting Day 2019: What's on the ballot around Atlanta

More than 20 cities, counties to vote on 'Brunch Bill'