EPFD’s new ‘Disinfectant Drive-Thru’ sterilizes vehicles in minutes and is the only procedure of its kind in GA. 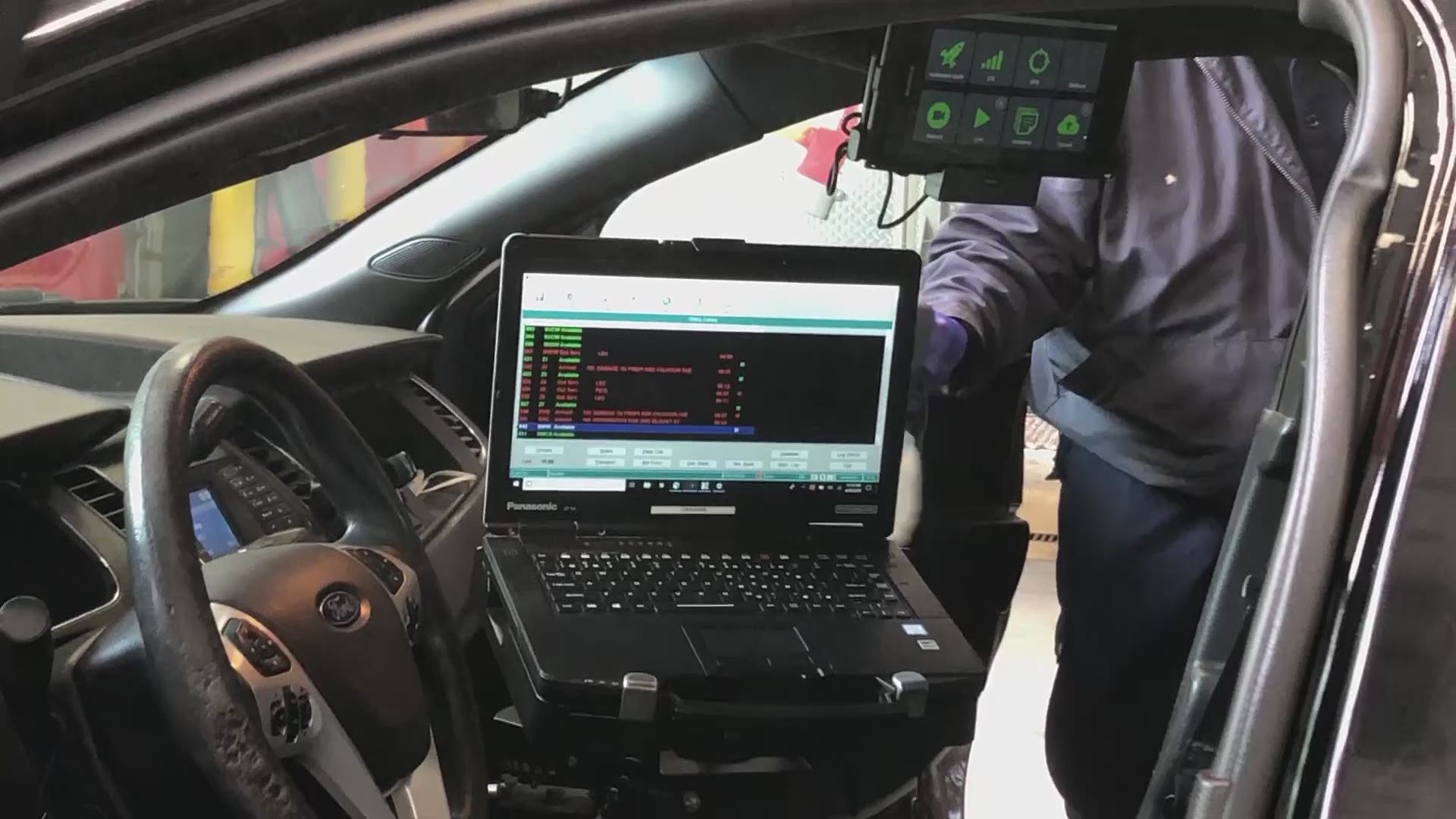 EAST POINT, Ga. — The COVID-19 outbreak has forced first responders to completely rethink their standard operating procedures as well as their jobs.

If an ounce of prevention is worth a pound of cure, then East Point’s new ‘disinfectant drive-thru’ is worth its weight in gold.

Though it may not be common knowledge, nowadays nearly every firefighter is also trained as an emergency medical technician or EMT. So in addition to keeping residents safe from smoke and flames, EMTs and paramedics are more often than not, the first line of defense when treating injuries onsite.

However, during a pandemic, that can get a little tricky with an infectious disease such as COVID-19.

That creates a much bigger obstacle when your job is to not only provide medical care during an emergency but also potentially identify individuals who may be potentially be infected.

The Fire Department is not alone, police officers also have the added task of taking as many defensive measures as possible when it comes to transporting individuals in their vehicles.

“As the emergency manager for the City of East Point, it’s our obligation and our duty to ensure the safety of all East Point residents, as well as the employees," Corey Thornton, Interim Fire Chief said.

Thornton says over the past couple of weeks that the fire department has been working on finding the most effective method to treat as many vehicles as possible.

Since they’ve begun, the EPFD has streamlined the process down to around two minutes and that their ultimate goal is to be able to any City of East Point vehicle on a daily basis if needed.

“We just looked at it as a better opportunity to ensure the safety and well being of the workers here at East Point," Thornton said.

Creating an in-house process was the brainchild of East Point Fire Logistics Officer, Sidney Gooden. Through his own initiative, he reached out to a chemical company based in Warner Robbins named OdoBan®, who Gooden had a prior relationship with when he himself served on the Warner Robbins Fire Department.

OdorBan donated all of the cleaning chemicals required for East Point Fire to treat not only their vehicles but all of the vehicles for the city. Somewhere in the neighborhood of 110 gallons worth of disinfectant, to be exact.

Gooden had this to say to My East Point News, “When we started, we made a solution for Station #2, it was so successful that we brought it to Station #4. Now, it’s so popular that we're going to take it to Station #3, so we can have all our city vehicles disinfected on a daily basis.”

For more information about OdoBan, click here and for more info about the East Point Fire Department, visit the city’s website.