Eight-year-old Jordyn Owens opened a lemonade stand for a good cause, and business was booming. 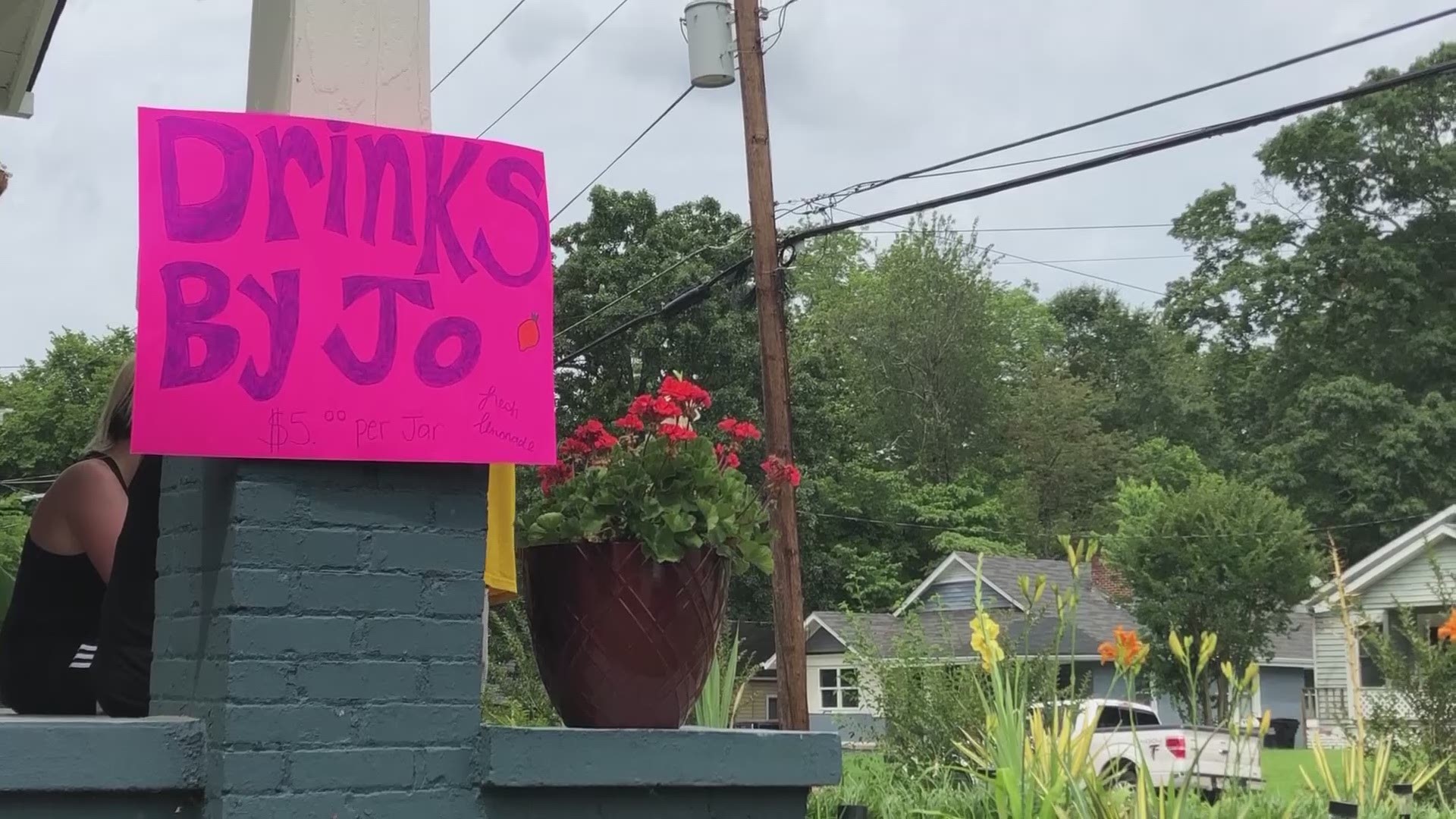 EAST POINT, Ga. — Instead of enjoying the sunny weather of the early days of summer, Jordyn decided to take a stand — with her lemonade.

With the help of her parents, the 8-year-old Colonial Park resident spent her weekend whipping up gallons of homemade deliciousness for her pop-up lemonade stand, affectionately titled, "Drinks By Jo."

On Sunday, June, 7, Drinks By Jo set-up shop in front of her parent’s house on Newnan Street from 2 p.m. to 4 p.m. In order to keep her and her customers safe, Drinks by Jo had a completely cashless set, with folks being able to pay either by card-swiper or Venmo.

For that extra homemade touch, Jordyn (or better yet, her parents) bottled up lemonade in its on mason jar, complete with lemon slices.

When it was all said and done, Drinks By Jo had sold all of her wares to the tune of roughly $500.

With some guidance from parents, Jordyn decided to donate 20 percent of her proceeds to the non-profit group, The Unicorn Riot, a social justice collective dedicated to exposing dynamic social and environmental issues.

When asked by My East Point News what the secret ingredient was that made her lemonade so irresistible, Jordyn simply said, “Sugar. Lots of sugar.”

To learn more about the non-profit social justice group, The Unicorn Riot, visit their website.