The StationSoccer field next to Oz Pizza is nearing completion. 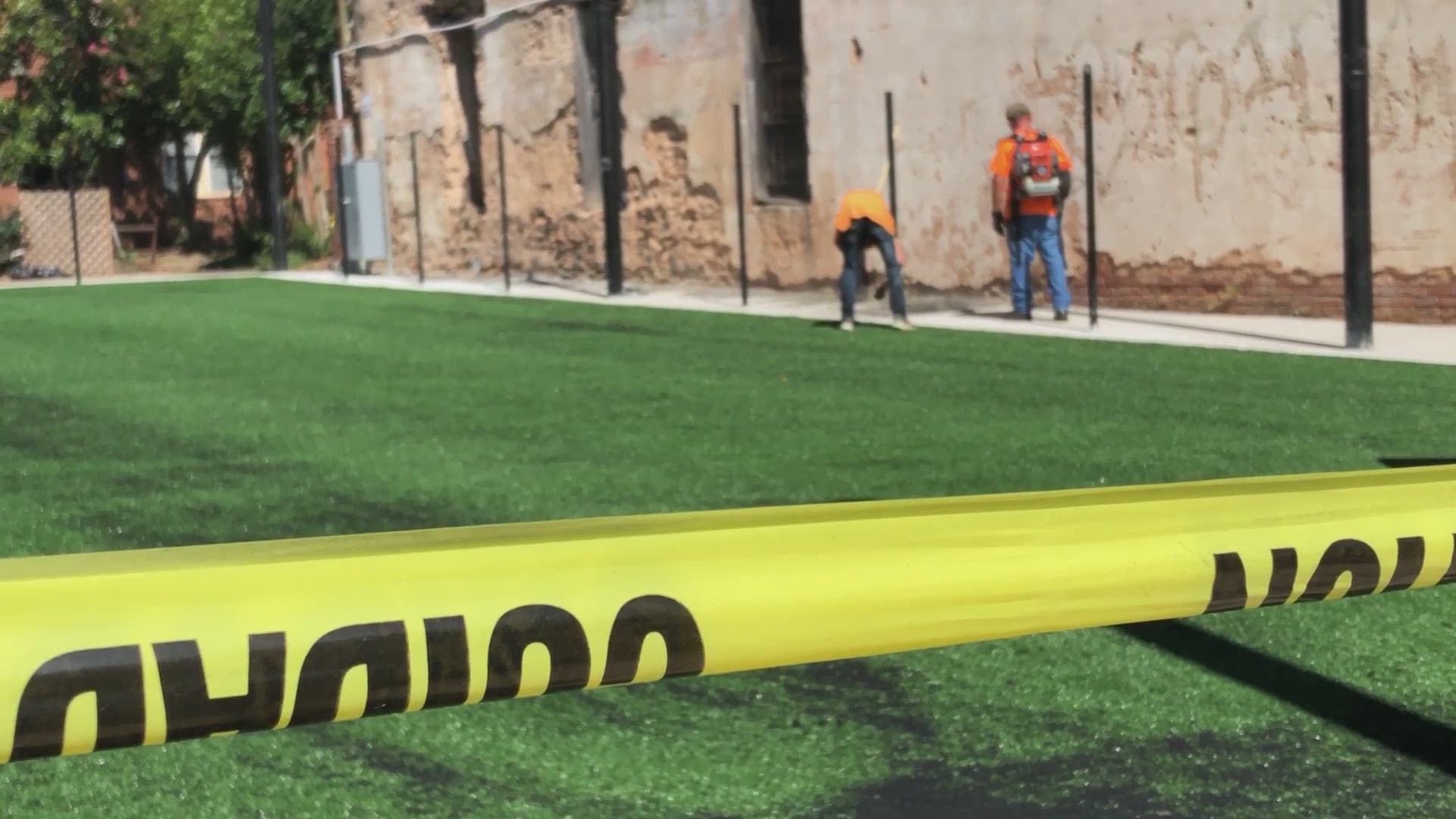 EAST POINT, Ga. — East Point residents traveling along Main Street may have noticed a distinct splash of color across from the MARTA station this week. The construction team of Deluxe Athletics has been hard at work preparing the new field for our Soccer in the Streets location.

The groundbreaking ceremony was in April and progress has been moving right along since then. The first Station Soccer location opened at the Five Points MARTA station in 2016. Next, was the West End MARTA in September 2018.

West End Station has been already operational since September. According to the Soccer in the Streets website, there will be 3 locations on the south side; East Point, College Park and Fairburn. There are no game schedules posted as of yet, however, the beginning of October is projected for opening in East Point.

For more information about Soccer in the Streets program, visit their website.