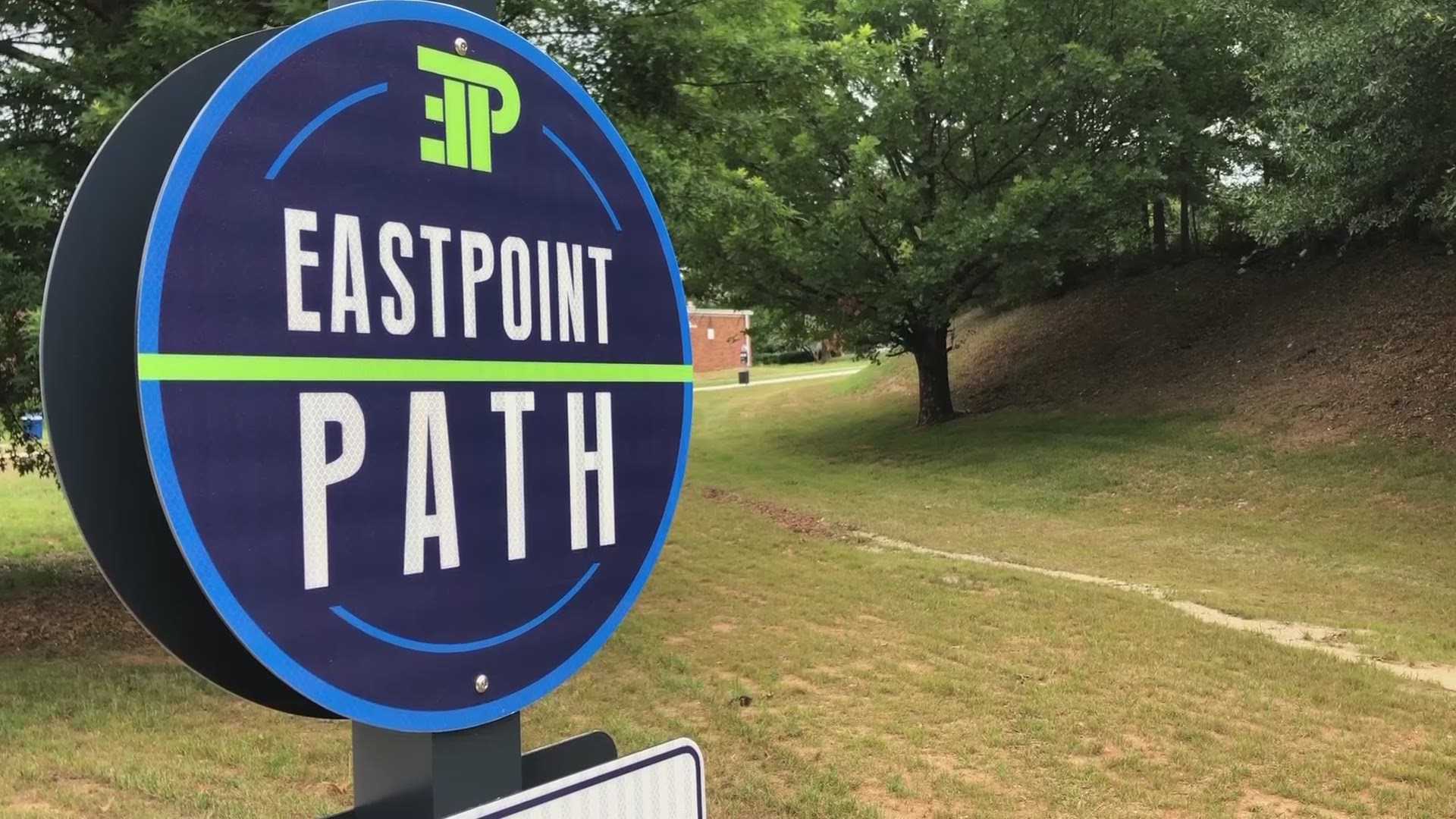 EAST POINT, Ga. — Give the City of East Point an inch and they’ll take a Mile.

Despite the other collateral issues caused by the pandemic shutdown, phase one of the East Point Model Mile was completed well within schedule.

The final segment of the Model Mile walkway was completed in early June. The completion of this portion of the trail connects Bryan Park in Jefferson Park, down past Tri-Cities High School along the Norman Berry corridor all the way down to Sumner Park in the Conley Hills neighborhood.

This marks the final piece of the first phase of the project which originated at Sumner Park back in September.

As a part of East Point’s streetscape improvement initiative, the completion of the first segment of the Model Mile not only improves the aesthetics along Norman Berry Dr and the adjoining city parks but also increases safety for pedestrians, safer routes to school and recreation areas.

“I am kind of excited about my turn to lead the charge to continue the vision of this year for our department and for the city,” says Shellord Pinkett, Interim Director for East Point Parks & Recreation.

“I actually talk to Jonathan (Penn) frequently about some other things that he's working on, but he's done a tremendous job getting this project started.”

Funded by the Fulton County T-SPLOST, the East Point PATH trail system has been portioned into 16 trail segments. Overall, the Master Plan for the East Point PATH identifies 24.5 miles of bicycle and pedestrian trail connectivity opportunities within the city limits of East Point.

The first segment of the Model Mile completes roughly 1.5 miles of the overall projected footprint.

This extensive project will consist of 10-foot-wide trails that will eventually link into the Atlanta BeltLine’s southern crescent as well as the Aerotropolis Atlanta project.

RELATED: Local outreach program pivots to virtual for the tenth anniversary of its 5K