East Point neighborhood sets aside its differences for community march

In the wake of the vandalism and looting over the weekend, Jefferson Park residents decide to give peace a chance. 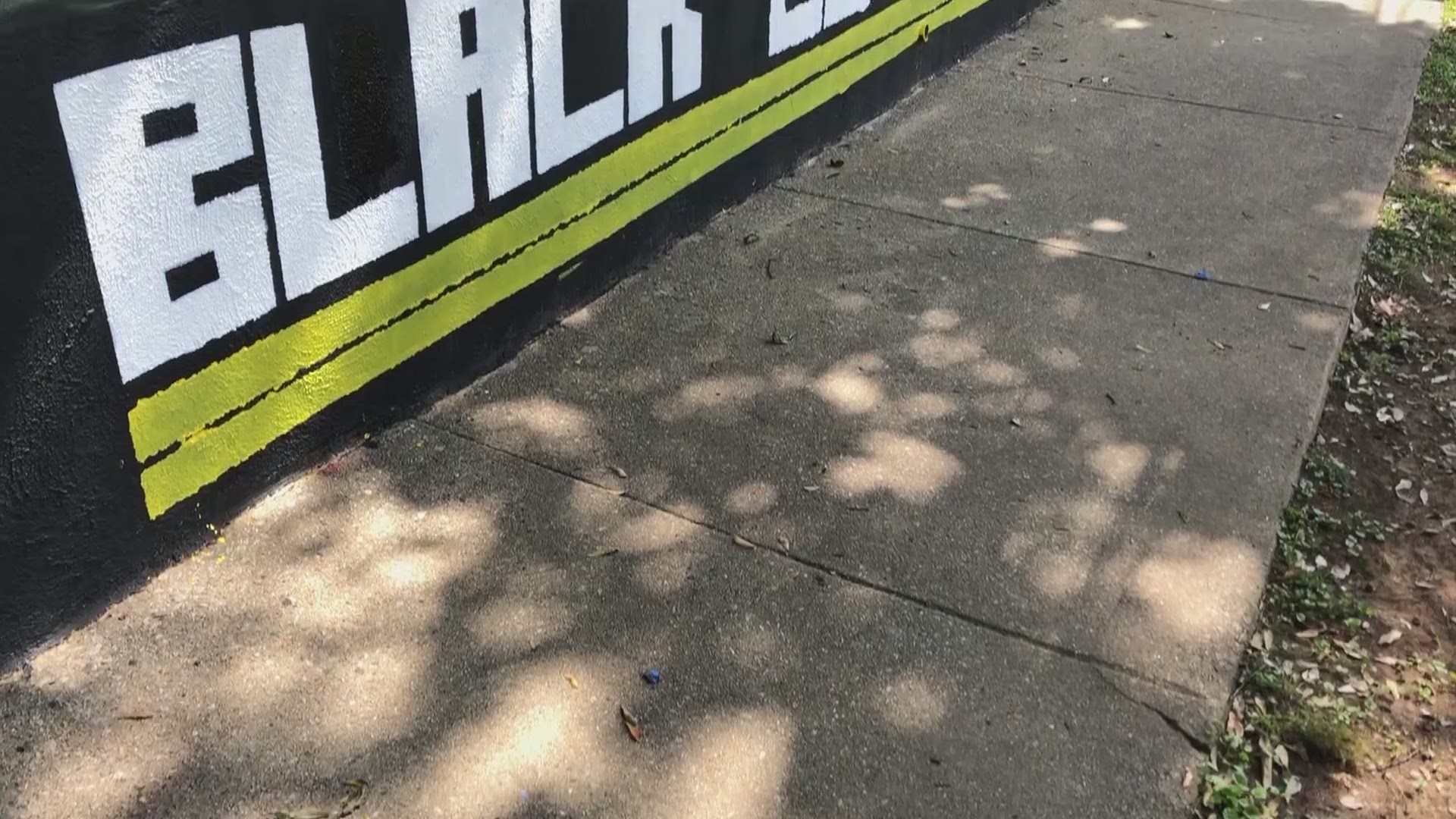 EAST POINT, Ga. — In response to the untimely deaths of George Floyd in Minneapolis and Breonna Taylor in Louisville, both at the hands of the law enforcement, protests sprung up in numerous cities across the country on the May 29 - including Atlanta.

The largest of these protests centered around Centennial Olympic Park, near the city’s downtown area.

However, what initially began as hundreds of residents gathered to make their voices heard through civilized protests began to shift to something much more nefarious as the sun began to set.

Less than 72 hours later, multiple businesses around the metro area, including the CNN center and the College Football Hall of Fame had been looted and/or vandalized and a citywide curfew had been enacted by Mayor Keisha Lance Bottoms.

Merely seven miles southwest of the ruckus caused at Centennial Park, the city of East Point had only one response to the mayhem caused downtown and elsewhere — not in our house.

Less than 24 hours after the looting and vandalism rampaged throughout Atlanta, the residents of East Point showed their solidarity in a number of ways.

“I just want to able to say to our African-American neighbors, 'we see you. We hear you, we're listening, and we are with you',” Waters tells My East Point News as a summation of the message passed to him by Trimble.

The parking lot protest was capped off with music played by musicians from The Village Church, Ethan and Rachael Waters.

Initiated by a local couple, Sheila Merritt and Andria Towne, better known as "AT" to her friends, enlisted the help of their literal next-door neighbors, Greyson Korta and his younger brother, Brogan to paint an enormous "Black Lives Matter" mural on the retaining wall in front of their home on Bryan Ave.

“Neither one of us are trying to kid ourselves, we know that this is not going to change the course of any rivers. If by our leading by example, it helps in some tiny little way to change the narrative, then it was time well spent," Merritt said.

Greyson, who’s studying public policy at Georgia State University, was more than happy to accept the challenge of painting the mural. The entire project was completed in one day.

“One of the things, I think kind of gets pushed to the side is just the effectiveness of when individual members come together,” Korta said.

Concerned about the threat of looting and vandalism at the Camp Creek Marketplace, local social group Black Man Lab recruited men from the community to create a barrier between would-be vandals and the stores.

The Black Man Lab describes itself as an inter-generational gathering of black men working together to build the elements of authentic manhood.The group migrated throughout the city visiting popular areas of commerce.

While certain big-box retailers such as Walmart and Target have taken more preventative measures by closing early or shuttering their windows, no reports of looting or vandalism on par with the downtown Atlanta area have been reported.