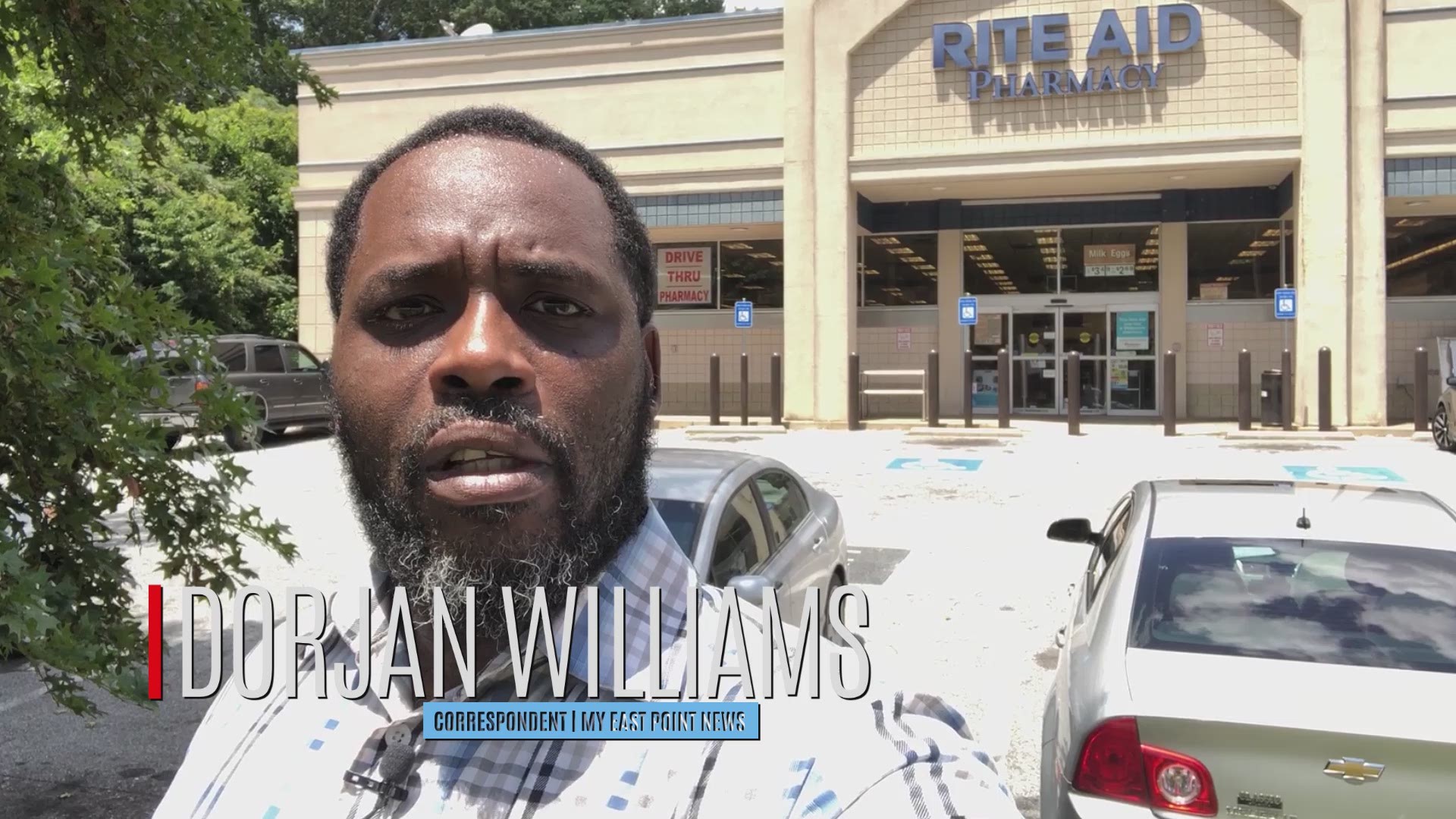 EAST POINT, Ga. — The Rite Aid on Washington Road in East Point is closing its doors for good. Prompted by a message sent directly by an employee to My East Point News regarding the impending closure, Dorjan Williams spoke directly with the pharmacist who confirmed the closure.

The popular pharmacy chain located at the corner of DeLowe & Washington Rd has been a neighborhood fixture for years. In the letter received from the Rite Aid employee, it states that the chain had been bought out by Walgreens, a deal completed in March of 2018.

The store will continue run as usual until the final closing date, which as of right now is to be determined. However, I did get verbal confirmation that it is projected to be around mid-late August.

A small bit of good news for those of you that rely on the Rite Aid pharmacy. The pharmacy will continue to operate as usual until the final closing date and there will even be a new location (almost) across the street in the Washington Plaza shopping center right next door to the Piggly Wiggly. This new location will be a pharmacy only and will retain drive-thru access for your convenience. There’s no news regarding the location of newly rebranded Walgreens store as of yet.

UPDATE | 'What's going to happen to the Downtown Commons?'