The suspect took packages left on the porch in the Jefferson Park area. 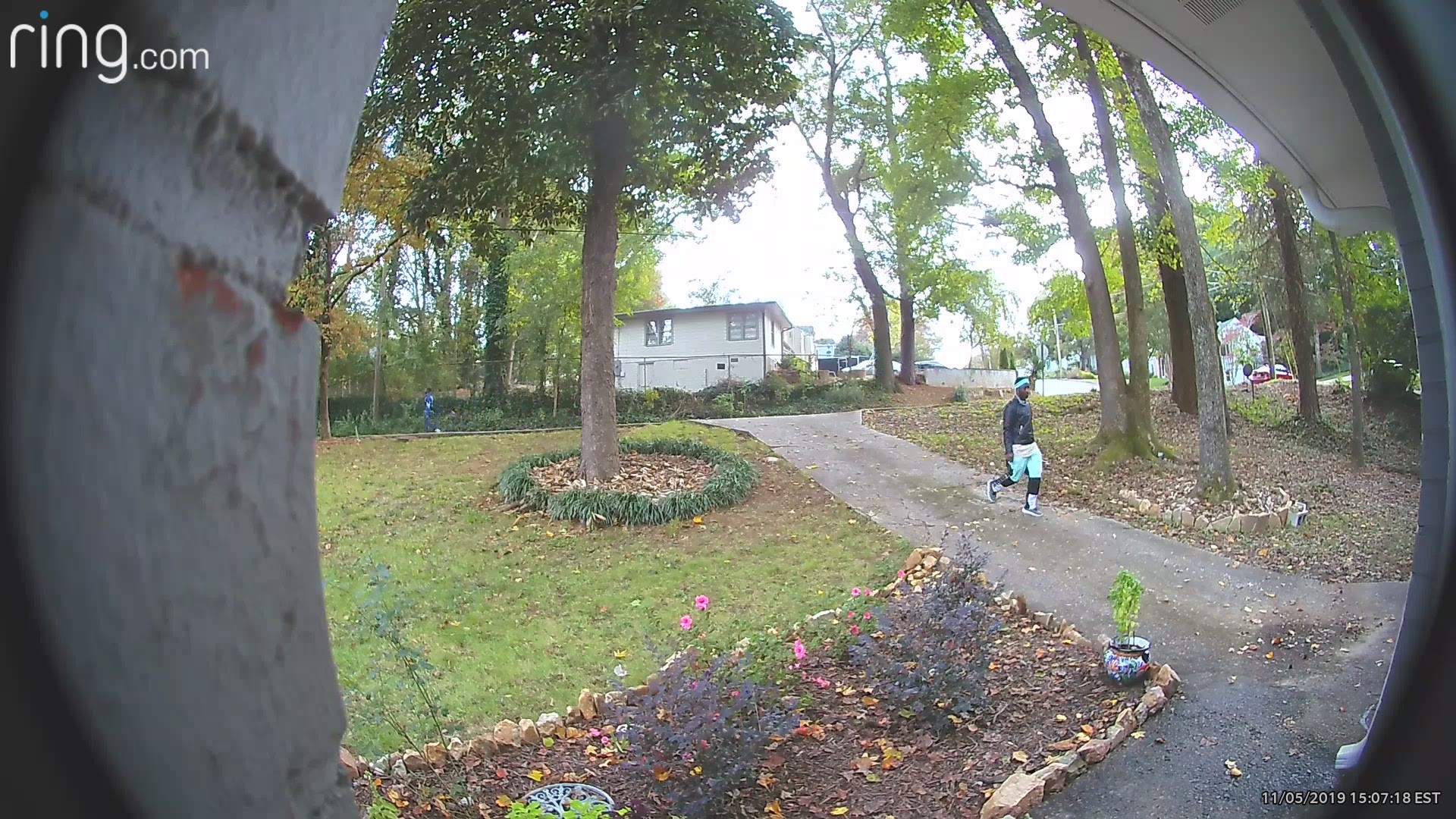 EAST POINT, Ga. — UPDATE: According to Capt. Glover from the East Point Police Department, the suspect wanted in connection to the stolen packages has been caught.

On the afternoon of November 5, around 3 pm, an unidentified male was caught on camera stealing packages from the porch of a home in the Jefferson Park area.

The person in question appears to be a black male between the ages of 20 and 30 years old. During the incident in question, the suspect was caught on the home surveillance service, Ring. He was wearing black, white & pale green-colored sweatpants with dark green colored sneakers, a black leather jacket and a pale green sweatband with a white stripe.

In the surveillance footage, the suspect was seen canvassing the house, stopping by the front door once before returning minutes later to steal the package. The package was a medium-sized cardboard box with a large blue sticker on the side from the online pet service, Chewy.

My East Point News spoke with the Capt. Glover from the East Point Police Department this morning who informed us that they already had a couple of leads in the case.

If you have any information about this individual, please contact the East Point Police Department at 404-761-2177 or if you wish to remain anonymous may call Crime Stoppers at 404-577-TIPS (8477).

SWAT called after suspects broke in to steal drugs from homeowner, all three arrested