Police were already in the area handling a large crowd when they heard gunshots and found the girl nearby. 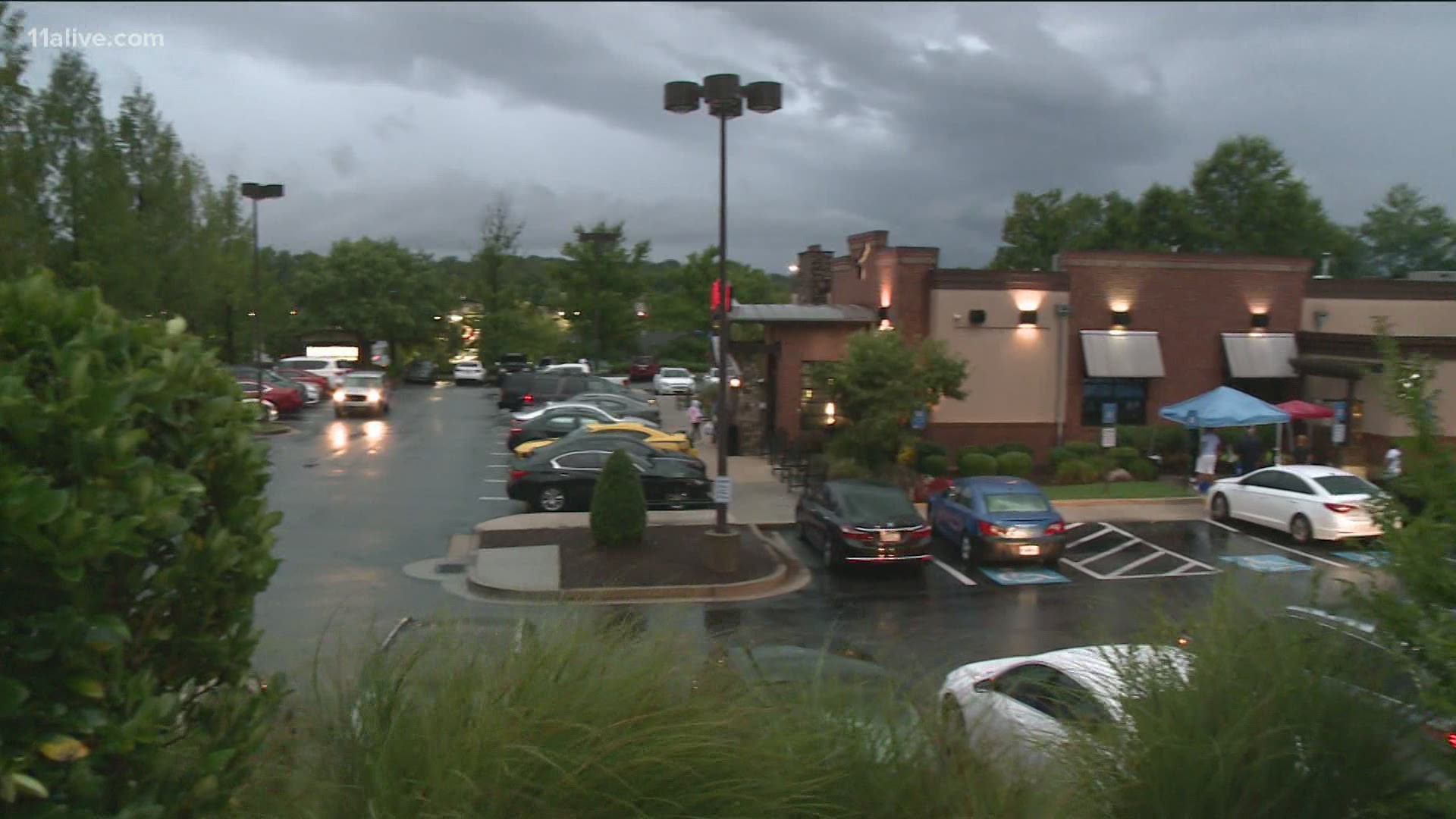 EAST POINT, Ga. — Authorities say a 12-year-old girl has been hospitalized after a shooting near Camp Creek Marketplace on Saturday afternoon.

East Point Police said that officers responded to the Lowes parking lot at the shopping center around 8 p.m. where they had received a complaint of a large crowd gathering in the area.

Upon arrival, officers learned that the crowd was originally at the nearby movie theater which was in Atlanta's jurisdiction but also part of the Marketplace business area. Atlanta officers had just cleared the area in their jurisdiction so many of the people had crossed over to the East Point side.

However, as police began setting up traffic control in the area, they heard multiple gunshots not far away near the intersection of N. Commerce Drive and Shelby Lane. Police said they then found a 12-year-old girl in the back of the Longhorn Steakhouse parking lot who had been shot

She was taken to the hospital; though, the police have not released her condition. Authorities also haven't said whether they have any suspects in mind for the crime or how exactly it erupted - leaving a child caught in the middle.

Those are matters the East Point Police Department's Criminal Investigations Division is still working to uncover. Anyone with information is asked to contact Detective Tysver at 678-761-3853 or 404-765-1142.