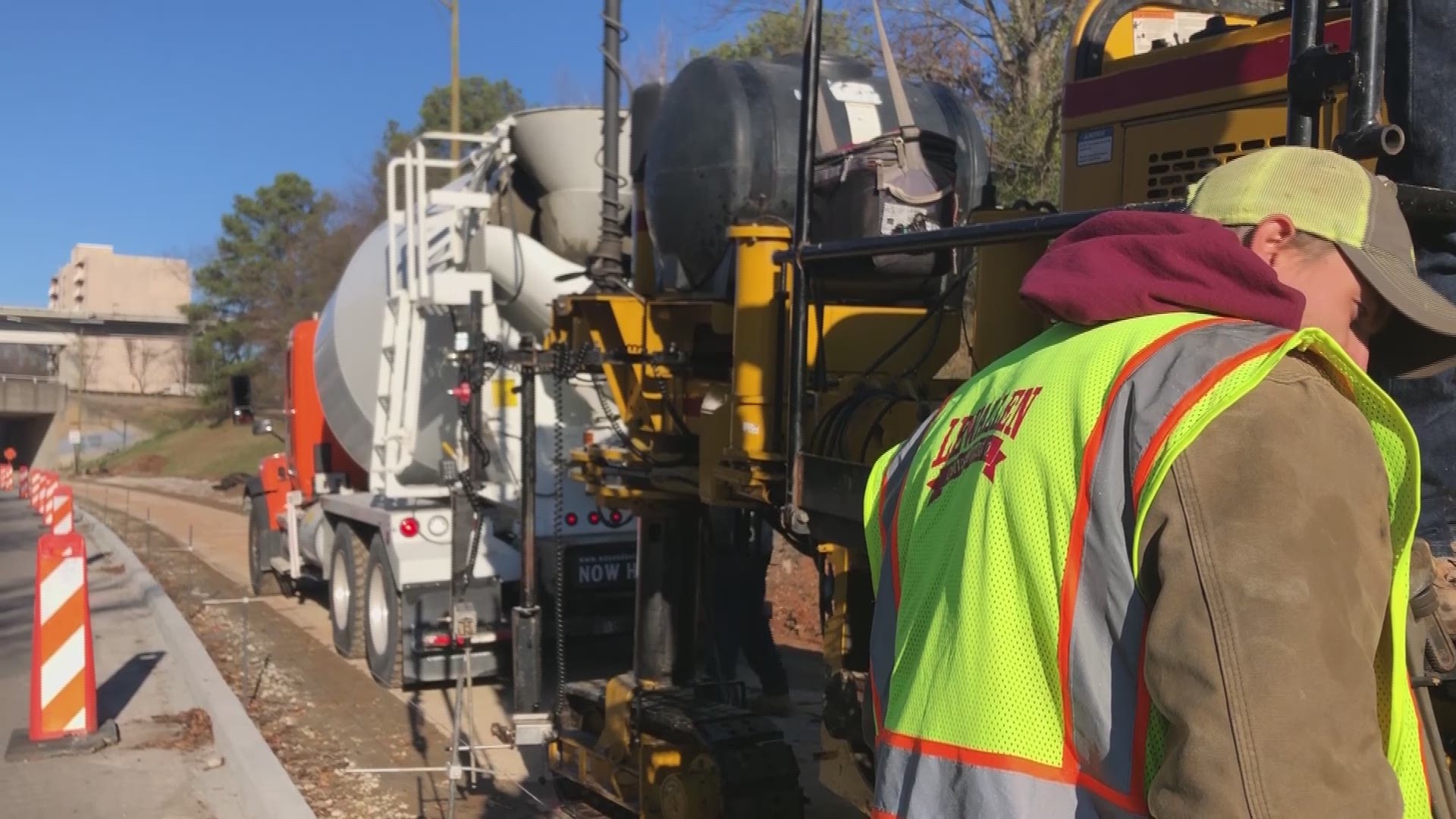 EAST POINT, Ga. — Temperatures had barely cracked the 30s, as crews from Lewallen Construction poured gallons of gritty concrete for the latest portion of the PATH Model Mile in East Point on Thursday morning.

Despite the frigid weather, this segment of the Model Mile walkway marks the final piece of the first phase of the project which originated at Sumner Park back in September. The completion of this portion of the trail connects the park along the Norman Berry corridor all the way down to Tri-Cities High School in the Jefferson Park neighborhood.

This will improve the streetscape aesthetics along Norman Berry Drive while increasing safety for pedestrians, safer routes to school and increase foot traffic to downtown East Point.

Funded by the Fulton County T-SPLOST, the East Point PATH trail system has been portioned into 16 trail segments. Overall, the master plan for the East Point PATH identifies 24.5 miles of bicycle and pedestrian trail connectivity opportunities within the city limits of East Point.

This extensive project will consist of 10-foot-wide trails that will eventually link into the Atlanta BeltLine’s southern crescent as well as the Aerotropolis Atlanta project.

For more information about this project, here’s a link to a downloadable pdf.