Just a few days after celebrating their inauguration, the city of East Point made sure their residents' voices were heard by Fulton County Commissioners. 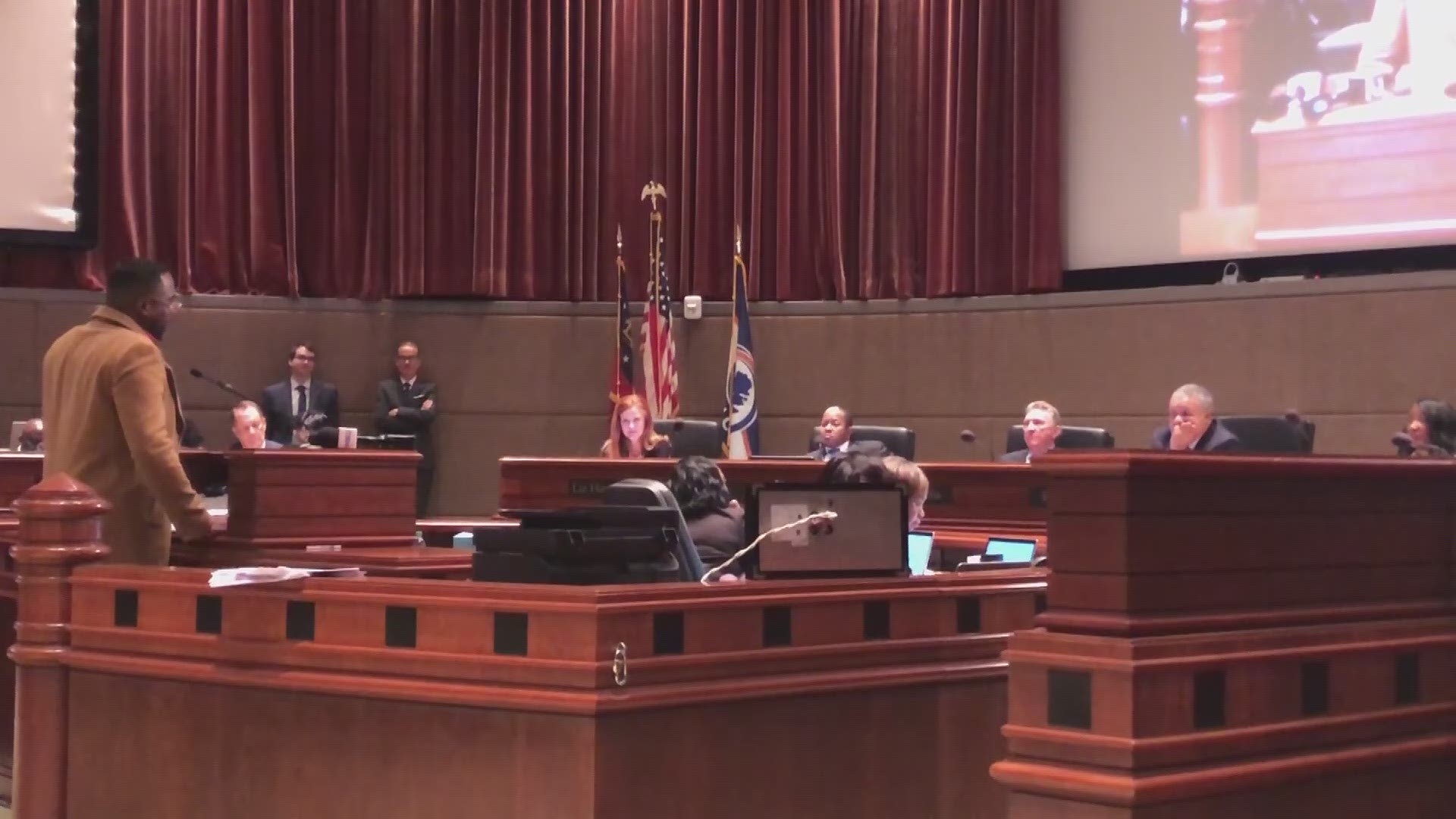 EAST POINT, Ga. — It may have been a typically chilly January day in downtown Atlanta on the morning of January 8, however, inside of city council chambers at the Fulton County Government Center, things were getting pretty heated.

The point of that meeting was to express in solidarity the overwhelming displeasure regarding the council’s recent decision to return grant funds that could have allocated to residents of South Fulton, including East Point.

“The stated reason was that they had some issues with administrating the funds. Some of the county and staff had administered the funds improperly. My statement to that is, 'when your car has a flat tire, you don't throw the whole car away,” states Councilmember Thomas Calloway.

The funds in question belong to a federal grant program called the Community Development Block Grant or CDBG. The focus of this grant is to provide funds that benefit low- to moderate-income people by providing resources for livable neighborhoods, economic empowerment, and decent housing.

“This is really a sad day,” Councilmember Karen Rene’ shared, “In the city of East Point, we fight every day to bring a quality of life to our residents. When you get grant money and you say that you can't handle it, don't need it. That's a hard pill to swallow.”

In order to ensure their residents had the opportunity to speak, the city of East Point along with the assistance of the NAACP provided transportation for more than 50 senior residents.

More than 170 residents living on the southside signed-up to speak at the public meeting plus over a dozen city officials from the southside.

The mood in the meeting hall ranged from disappointment to downright outrage as residents voiced their opinions to the Fulton County City Council. The meeting lasted well into the afternoon in order to allow every one of the residents who signed up to speak their two minutes to let themselves be heard. No word yet as to the next step in the process for the council, if there is one to be made.

For more information about the City of East Point, visit www.eastpointcity.org.