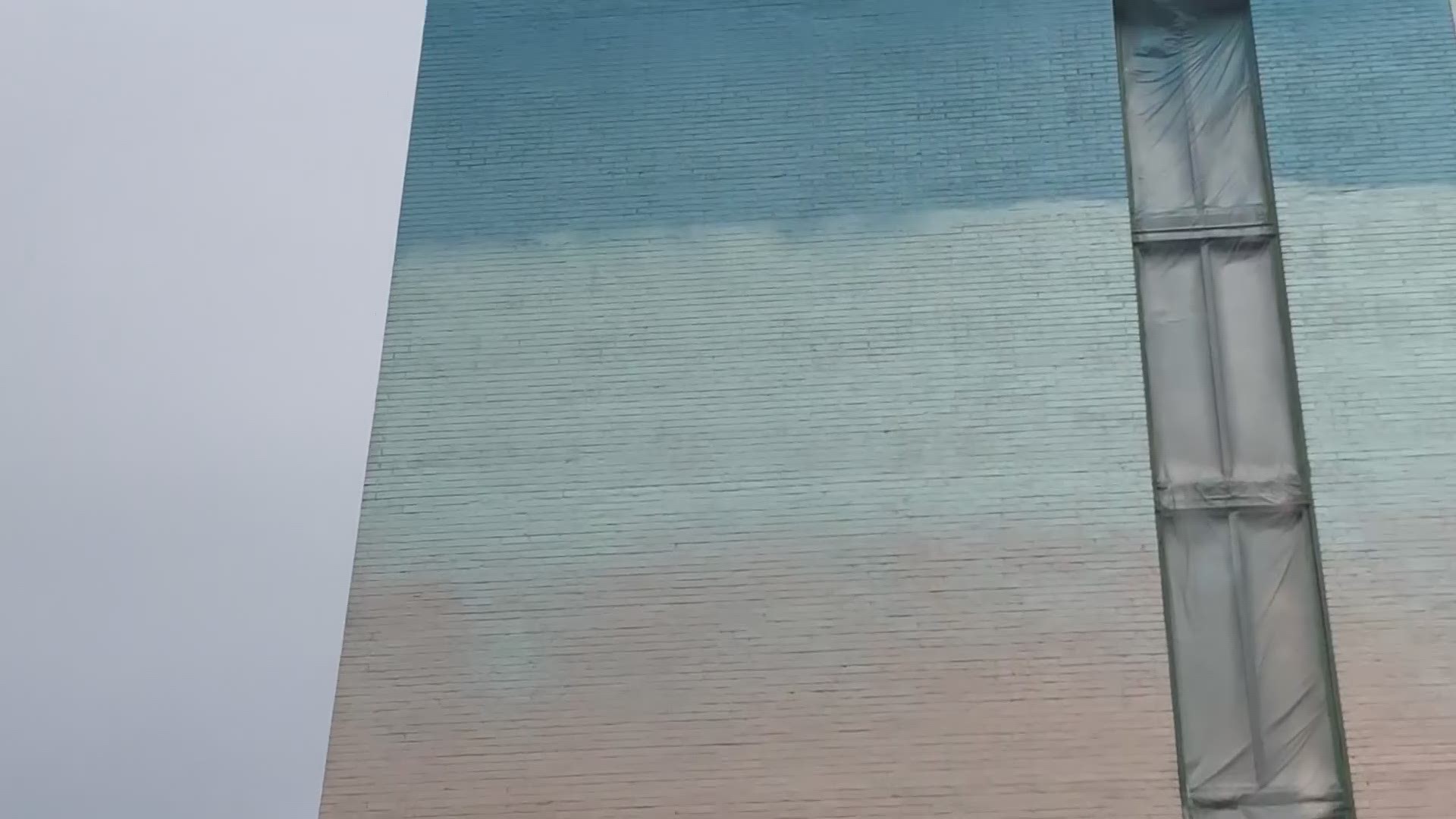 EAST POINT, Ga. — Everyday life in local communities continues to change as we know it during the pandemic. However, artist, activist and public speaker, Yehimi Cambrón, said that’s not necessarily a bad thing.

Seven stories high in the operator’s bucket of the hydraulic lift outside of the InCity Suites, Cambrón tells My East Point News that, “I feel that we had to slow things down in order to take care of each other.”

Her latest piece titled, "We give each other the World" is an enormous mural that was commissioned by the City of Hapeville through the National Endowments For the Arts.

Cambrón called the piece a "community-responsive mural" that uses actual imagery of local children that reside in Hapeville being lifted up by the hands of the adults that came before them.

“I always want to prioritize the narratives that people who are either underrepresented or misrepresented or stereotyped in some way,’ said Cambrón.

The local artist got connected with the city of Hapeville through Councilmember Chloe Alexander during her participation with Atlanta’s ‘Off the Wall’ project during the Super Bowl in 2019.

“I've had the chance to see how people respond when they see themselves represented in this monumental scale," .Cambrón said.

The mural can be seen on the InCity Suites Extended Stay Hotel on N. Central Ave and Stillwood Dr. That's located on the edge of Hapeville near the neighborhood of Virginia Park.

RELATED:
The City of Hapeville is ready for its close-up with community ‘porchraits’

Hapeville police officer in crash on I-85