For the past five months, Dewey & Douglas McGeoch have been bringing the funny to the Tri-Cities 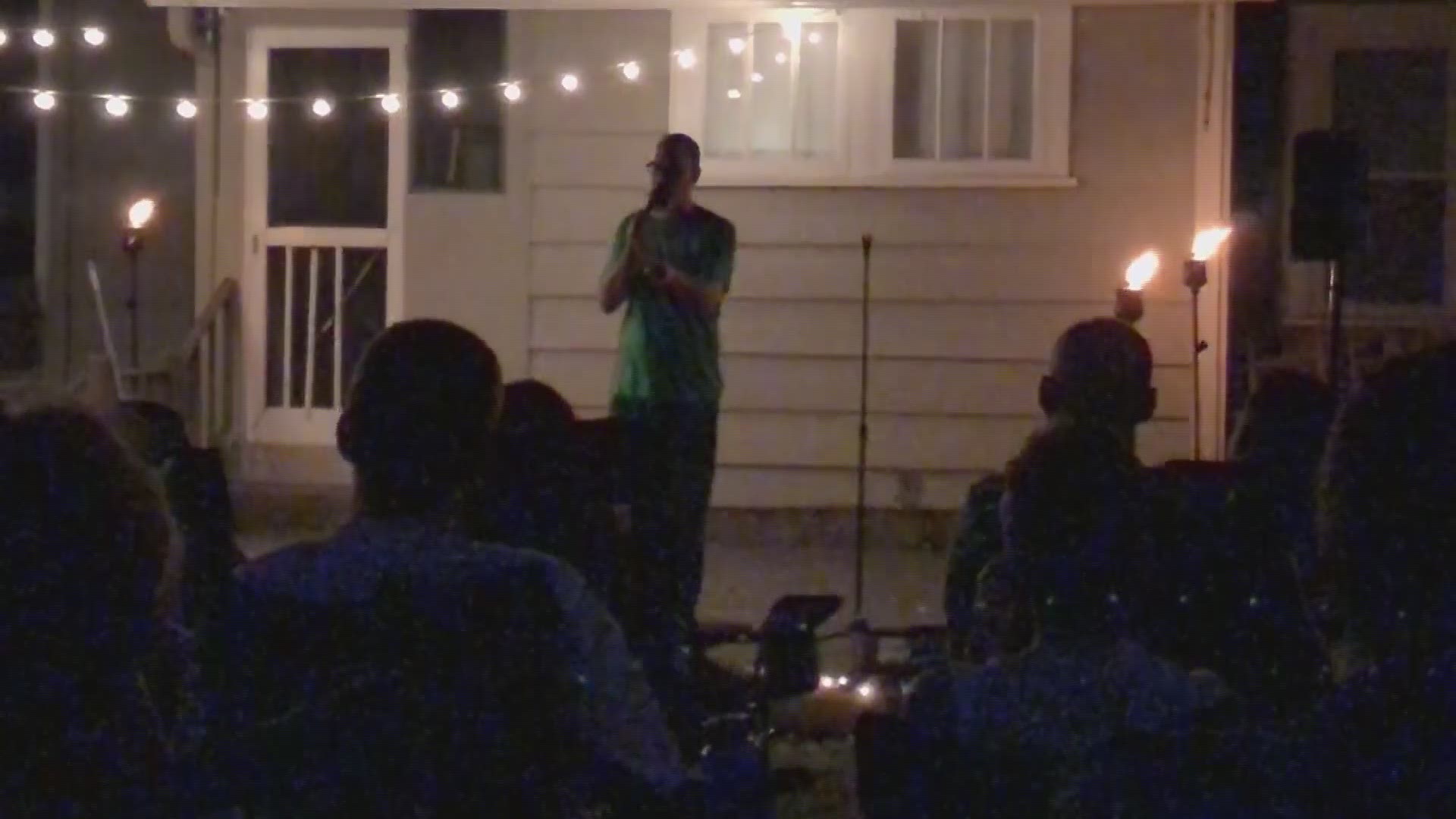 EAST POINT, Ga. — What better place to have a comedy show on the Southside than Hapeville? It’s even in the name. Ha Ha Hapeville is an outdoor comedy show held once a month by married stand-up performers, Dewey & Douglas McGeoch. The backyard comedy show started back in May.

The inspiration for the show was quite simple according to Dewey McGeoch, who said, “We have a backyard deck and it doesn’t have a railing and I was like, ‘That looks like a stage,’ let’s invite people and have the show!”

The McGeochs, who relocated to Hapeville from Manhattan, started the outdoor comedy show earlier this summer. While each show is by invitation only, each month has seen increasingly larger crowds due to word of mouth.

“It grew really fast,” said Douglas. The couple initially wanted to start in April but delayed it a month to get better prepared, “So we did that for a month, got the word out and like 70 people showed up.”

Both Dewey and Douglas are professional performers whose collective resumes run the gamut from Walt Disney World to RuPaul’s Drag Race. October’s show will be the final one of the season.