The East Point Main Street Association wants residents to know that they are priority No. 1. 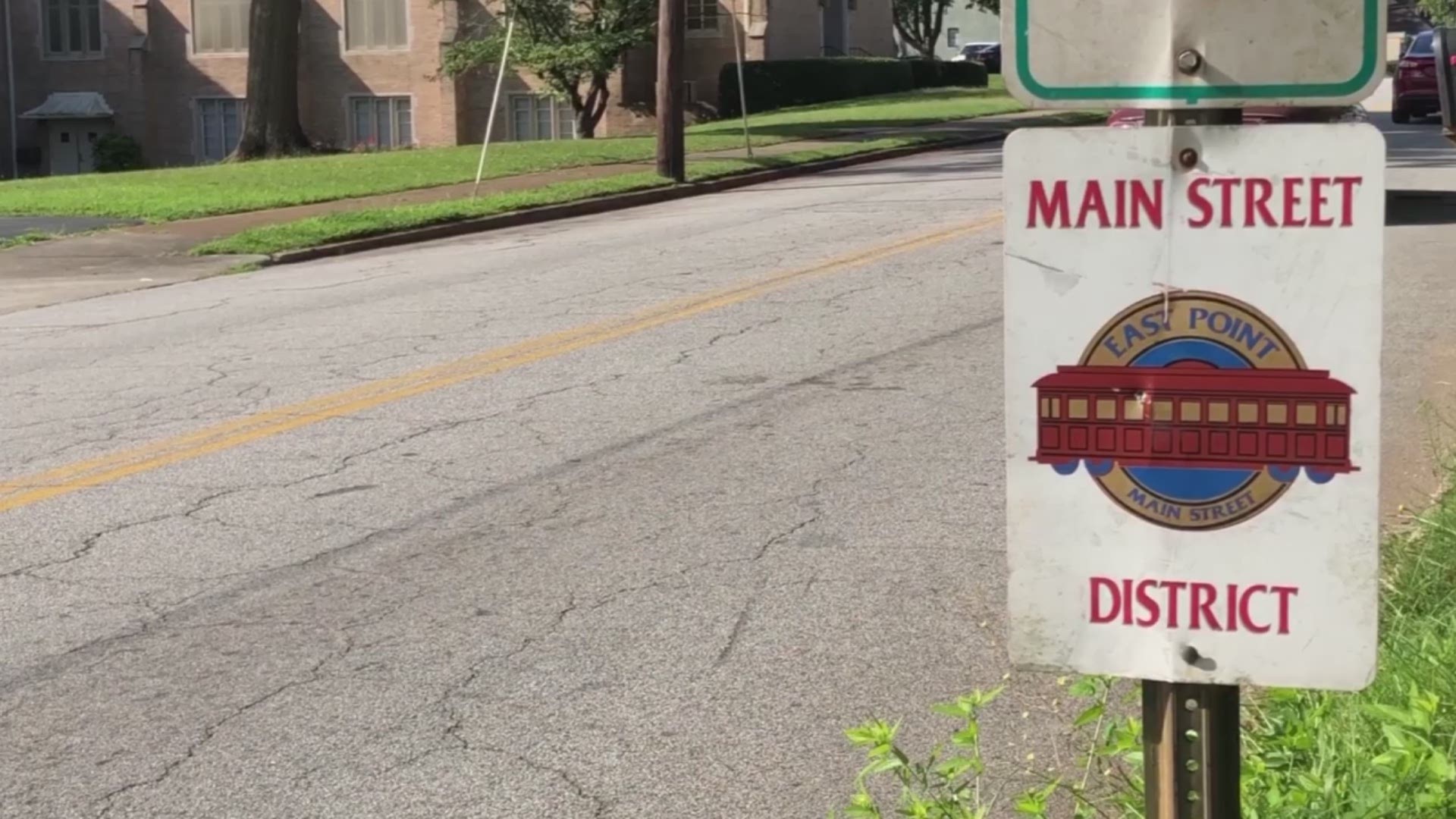 EAST POINT, Ga. — When you hear the term "main street," one might also think of words like, "small town," "old-fashioned" or "days gone by" but not in East Point. In fact, here in East Point, it’s seen as something to protect even revitalize.

That’s where the East Point Main Street Association comes into play. Formed in 1999, in reaction to the severe economic depression that plagued downtown East Point. Main Street saw an exodus of businesses as vast swaths of the population relocated to suburbs and businesses moved from standalone brick-and-mortars to established malls and shopping centers.

RELATED: Everything is (still) coming up roses for local business

“What we’d also like to do is bring more attention to the businesses in downtown East Point,” said recently appointed East Point Main Street Association president, Shelbia King, “We wanted people to know that if you live in the city, that there are activities that we put on that are for residents.”

The Main Street Association is a completely volunteer-based non-profit staffed by business owners, community stakeholders, and professionals who have made a commitment to the revitalization of downtown. Their primary mission statement to preserve and protect the downtown area which they consider to be the "heart of East Point." In fact, two mayors of East Point are former members of the East Point Main Street Association; former mayor Jannquell Peters and Mayor Deana Holiday Ingraham.

Roughly 10 years ago, East Point City Council started an official partnership with the group to manage community events for the city with an emphasis on the Downtown District. The board began what was to become the largest, oldest and most successful event for the city, the Salute to the Red, White and Blue 4th of July Fireworks Celebration. This past year’s event boasted attendee numbers in excess of 25,000. The other two annual events include the Taste of East Point and the Destination East Point Fall Festival. In addition to event planning around the city, they also oversee beautification projects, particularly around the downtown Main Street corridor.

RELATED: One of South Fulton's oldest events celebrates the holiday in style

Fitzgerald Smith, Jr. is the longest-serving member on the existing board, having been involved with East Point Main Street Association since 2011.

“When I first got one there was very little support. This council here, they’re behind us 100 percent,” said Smith. “They realize what we’re doing and it makes a difference in our events.”

Sissie Lang is the co-founder and operating manager of the East Point Farmer’s Market.

“I think that we all see that there is a lot more that can be done that helps with the growth of the city,” Lang said.

Everything is (still) coming up roses for local business