Police have released surveillance video of the shooting on Monday. 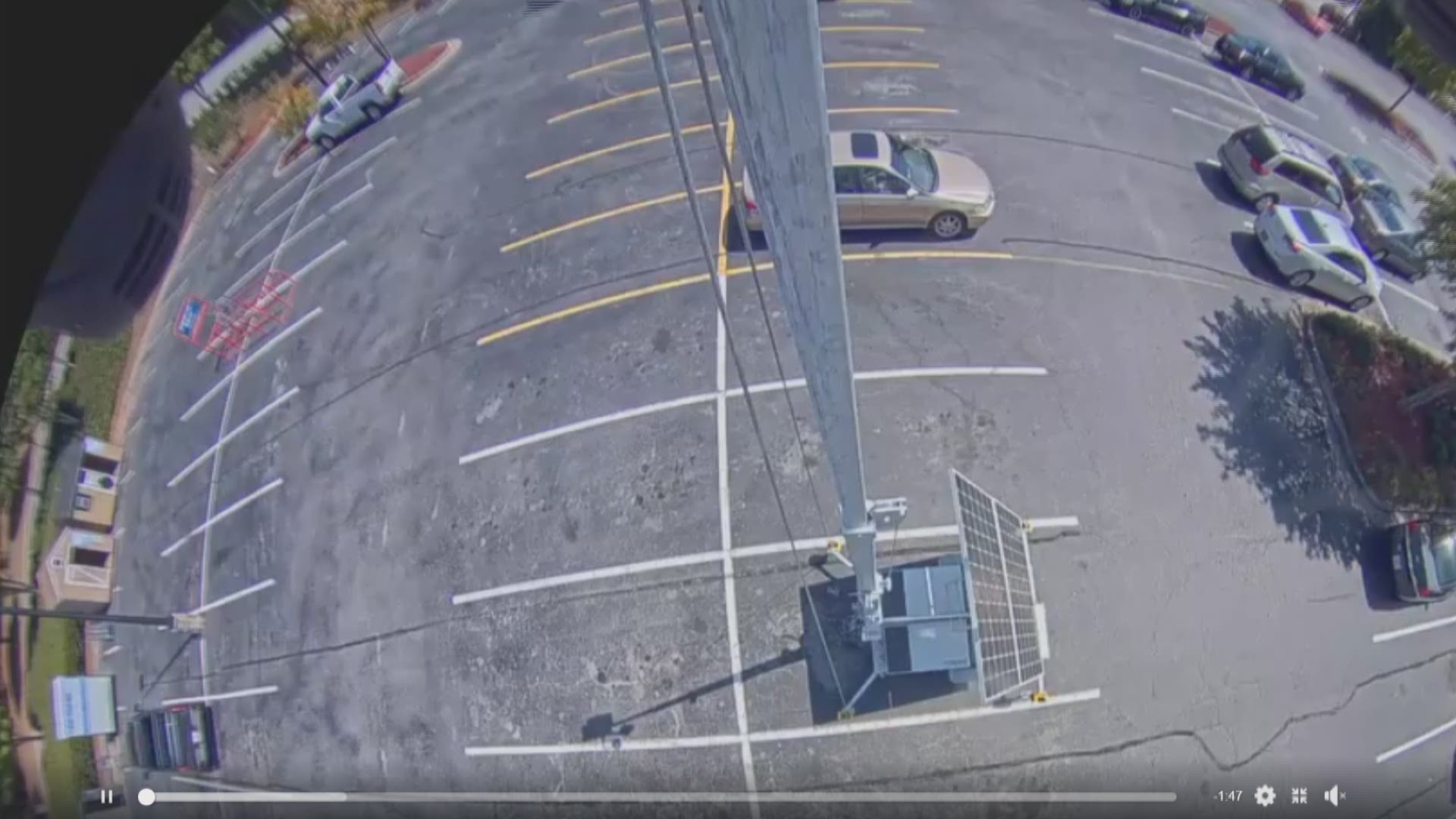 The two men were shot in the parking lot of the Lowe's Home Improvement store on North Commerce Drive in East Point Monday, Sept. 23 at about 1 p.m.

In the video released by the East Point Police Department, a black sedan, possibly a late model Nissan Maxima, can be seen slowly approaching a gray or silver pickup truck parked in the lot. After moving into the space next to the vehicle, the driver of the sedan can be seen attempting to open the truck's doors before briefly getting back in his own car.

When he gets out again, a large black pickup truck enters the frame and blocks the sedan in the space. When the Good Samaritan gets out of his vehicle to confront the suspects he is shot and can be seen falling to the ground. The passenger was quickly shot as well as he tried to exit the pickup.

The two suspects scramble back into their car and attempt to maneuver out of the spot, striking the Good Samaritan's pickup before fleeing from the lot.

Eyewitnesses on the scene said at least one of the men fled into the store until the police arrived. The store was closed for most of the rest of Monday afternoon but reopened the next morning.

Both victims were transported to a local hospital. One of the victims is listed in critical but stable condition. The other has non-life-threatening injuries.

Stay updated! Download the new and improved 11Alive News app to receive breaking news notifications throughout the day! You can even customize your notifications for East Point! Sign up for the Speed Feed newsletter to get a curated email each day at noon!

New donut shop brings the sweet life to the Tri-Cities