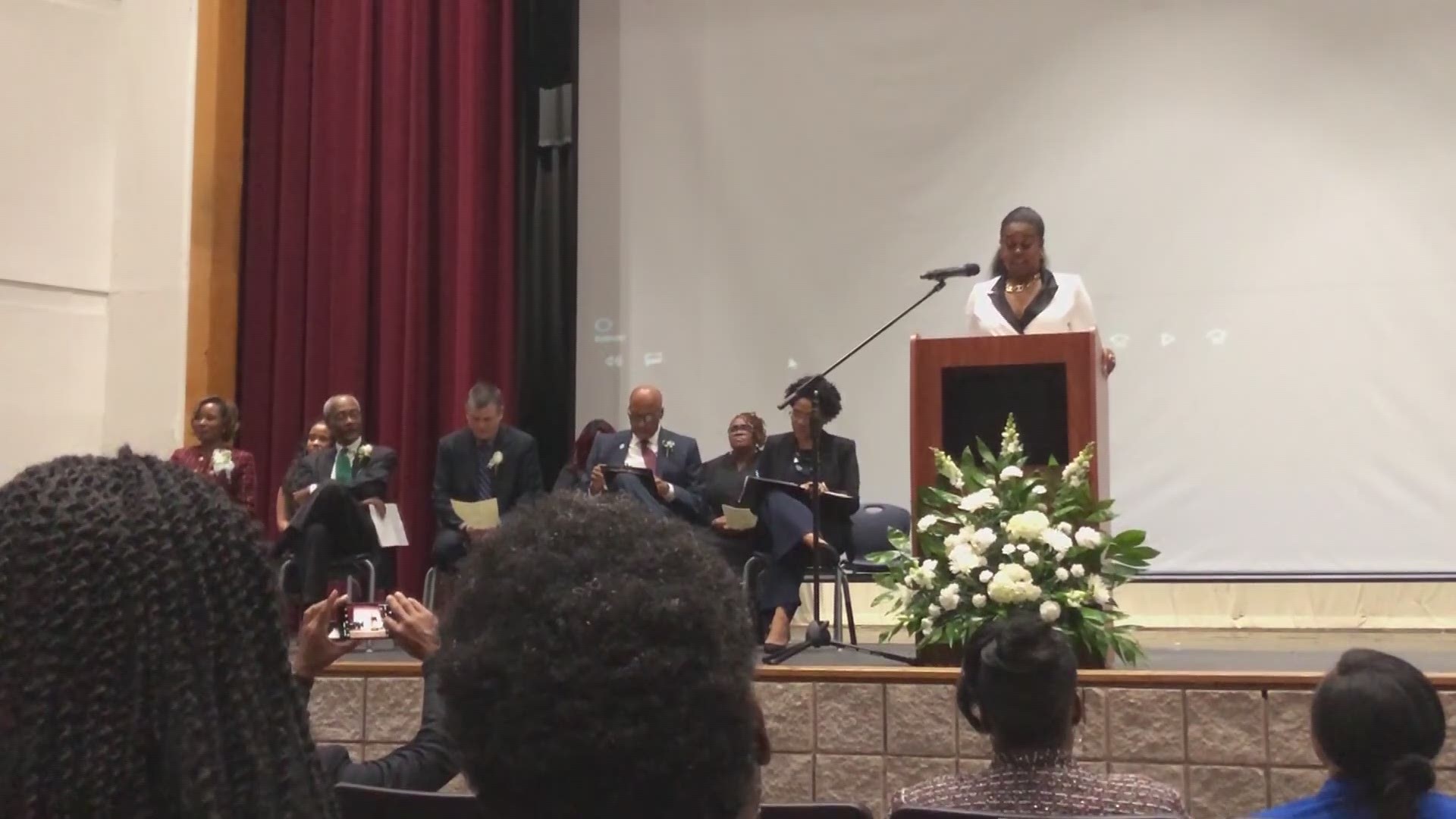 EAST POINT, Ga. — EAST POINT, Ga. — The weather was less than favorable on the morning of Saturday, January 4. Just a few days earlier, the city of East Point along with the rest of the world, celebrated the arrival of 2020.

A year that those of a certain age would have thought certain that we would be knee-deep in flying cars, hoverboards and robots.

While such technological advances maybe a little further down the road than we imagined, the same cannot be said for East Point, where the future is looking bright indeed.

The city of East Point proudly celebrated its Inauguration Day in the Viola Turner Theatre at Tri-Cities High School. While the weather may have deterred some, there was quite a respectful turnout for the ceremony which ran from 10 a.m. until just before noon.

East Point’s Finest showed up dressed to impressed as the color guard for the ceremony. Several city officials were scattered throughout the audience as well as several political dignitaries who endured the weather to pay their respects to East Point.

Among a few of those in attendance were names like State Rep. Kim Schofield, the newly elected Mayor of College Park, Bianca Motley Broom, the city of East Point's former mayor, Patsy Jo Hilliard and last, but certainly not least, was former Georgia Gov. Roy Barnes.

While the function of the event was to usher in the new members of the city council, the energy of the ceremony transcended that. This past election cycle signified a historical event just down the road in College Park, with the election of Mayor Bianca Motley Broom.

After unseating six-term incumbent Jack Longino in a run-off election, it marked the first time in that city's history that a woman and an African-American held that office.

“That is what’s so gratifying to me because I’m running into people now who remember things that I was able to do years ago,” said former Mayor Hilliard.

For more information about the City of East Point visit www.eastpointcity.org.