First-time restaurant owners look to make their mark with a distinctly West African and Creole cuisine. 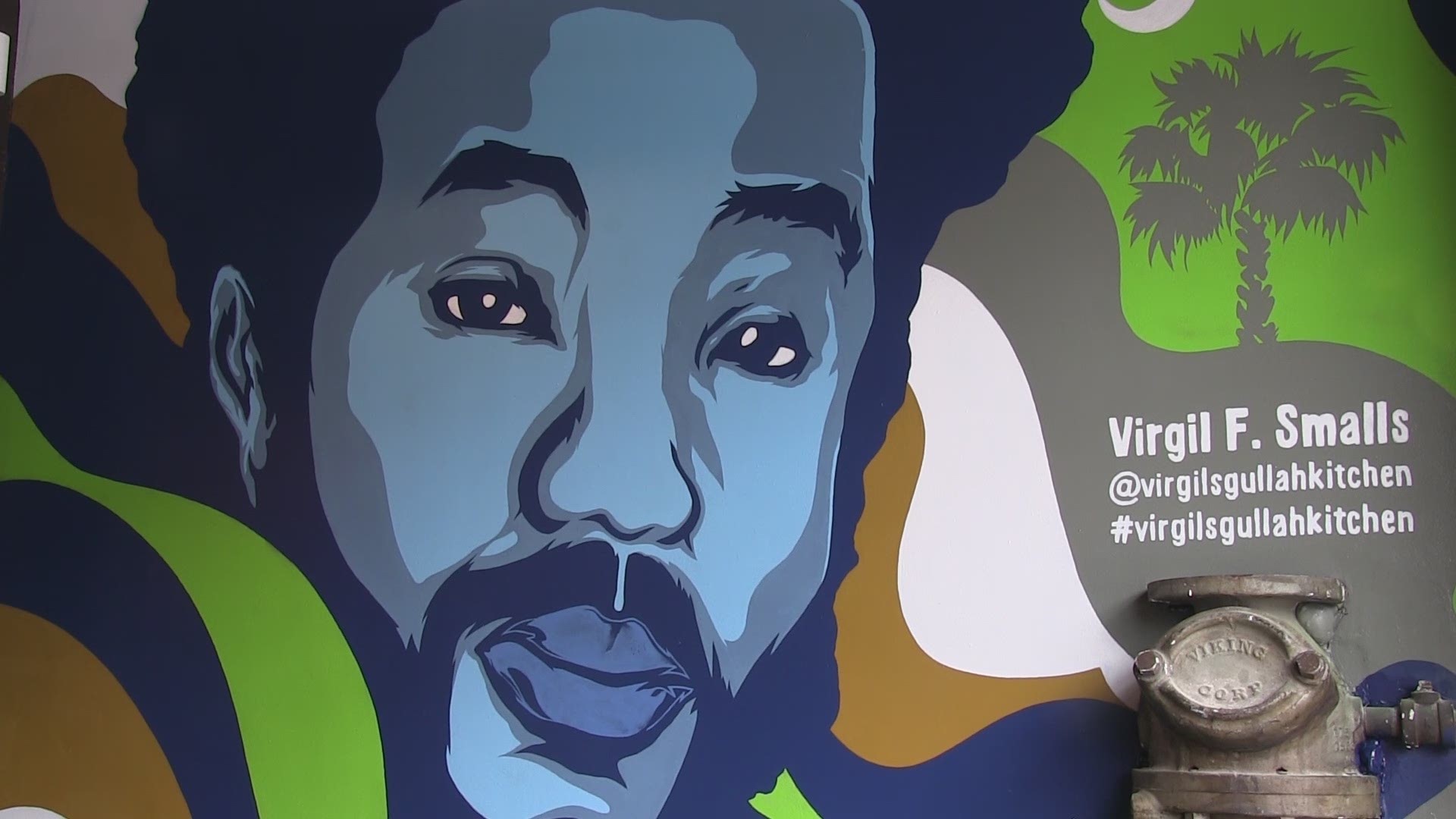 COLLEGE PARK, Ga. — A new restaurant in College Park is bringing the flavors and feel of the Gullah and Geechee culture to the Tri-Cities. Virgil's Gullah Kitchen offers a blend of African and Creole that rose from slave communities in the Lowcountry of Georgia and South Carolina.

The ‘Virgil’ in Virgil’s Gullah Kitchen is in honor of the late Virgil Smalls, the father to co-founder, Gee Smalls. Virgil passed away two months before the couple met more than 11 years ago.

“We wanted to dedicate this restaurant to him for watching over us for all these years,” said Virgil’s co-owner, Juan Smalls, “So, this is our love letter to him.”

While the name may be a little hard to pronounce, the food itself will melt in your mouth. Primarily a combination of the Creole and soul food, most dishes are served with a rice base and boasts enough heat and flavor to satisfy even the finickiest of foodies.

“We wanted to celebrate that culture. It’s the oldest Black culture in America,” Smalls affirms.

The Smalls’ may be first-time restauranteurs, but don’t let that fool you. The couple has been planning to open Gullah-themed restaurant for more than 5 years. They were also very deliberate in selecting their location.

“To be honest, we wanted to bring more business, more support to the Southside. The majority of us live on the Southside, but we go North to hang out.”

Thus far, they’ve been taking their time growing their clientele with good old-fashioned word-of-mouth, grassroots social media marketing and of course, great food. Their official grand opening is scheduled for mid-July, but don’t let that stop you from visiting this as-yet little known gem located right across the street from the College Park train station and less than a mile from downtown East Point. To learn about Virgil’s Gullah Kitchen, visit their website.