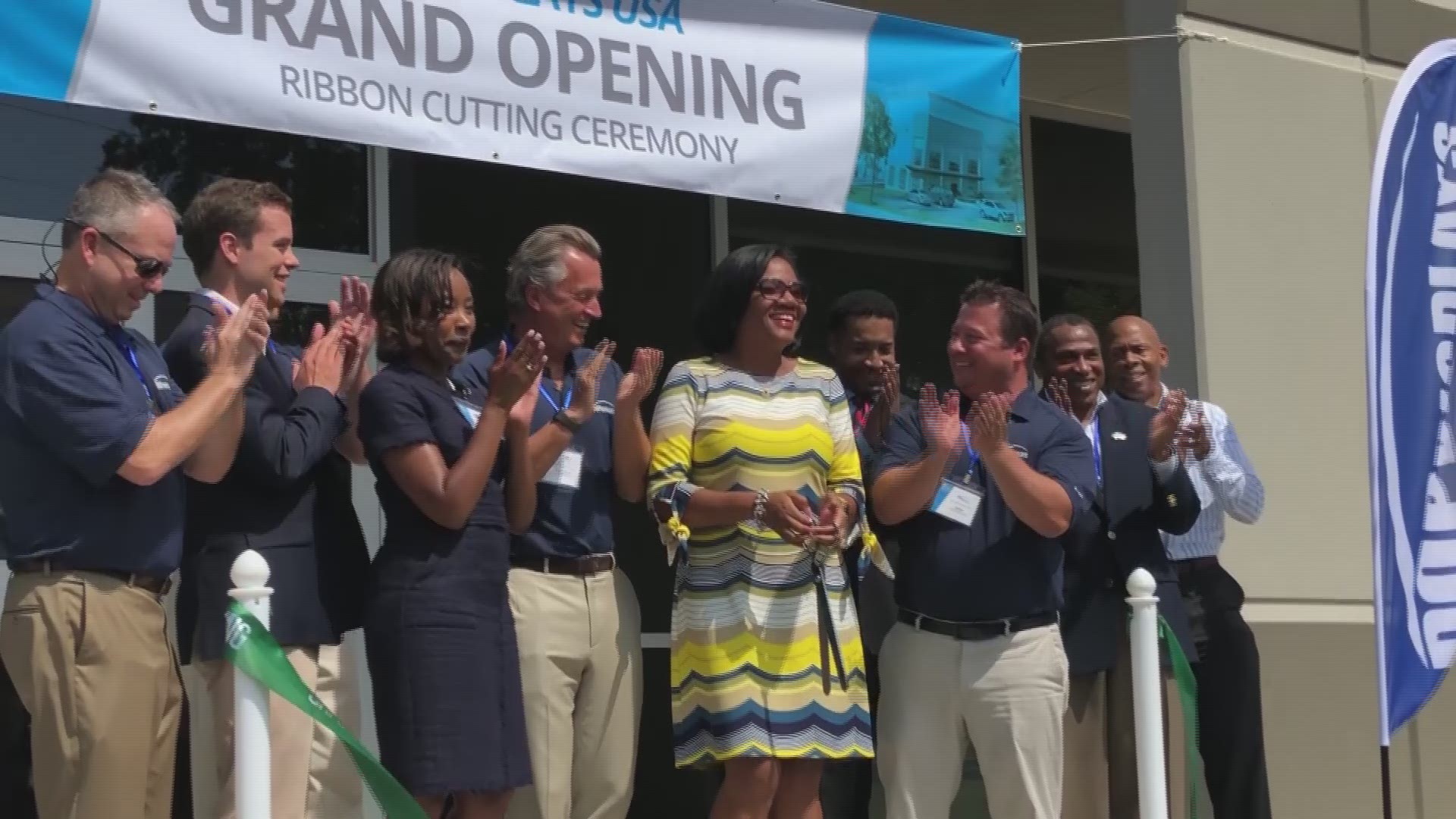 EAST POINT, Ga. — With the snip of a pair of oversized scissors, the City of East Point welcomes POP Displays USA to the East Point family.

“It's very important for us to attract businesses like this to the city who's bringing over 400 jobs to native East Point residents," said Councilmember (At-Large) Joshua Butler.

"It's really important for me, as we welcome businesses and welcome people to the city, that we are also welcoming those who are also into building community," reaffirmed Mayor Deana Holiday Ingraham in her opening address.

Following the opening speeches, the POP Displays officials gave a tour of the facility to the city officials as well the other guests. Their investment in the city of East Point comes with a hefty reward. Nearly $8 million in addition to 400 jobs will be brought into the city.

Councilmember Stephanie Gordon added, “The economic engine is situated here in Ward D and what that really means is that due to the fact that we have the Camp Creek Marketplace which is robust with retail, shopping and all other types of businesses."

East Point is on the fence about cracking down on Airbnb