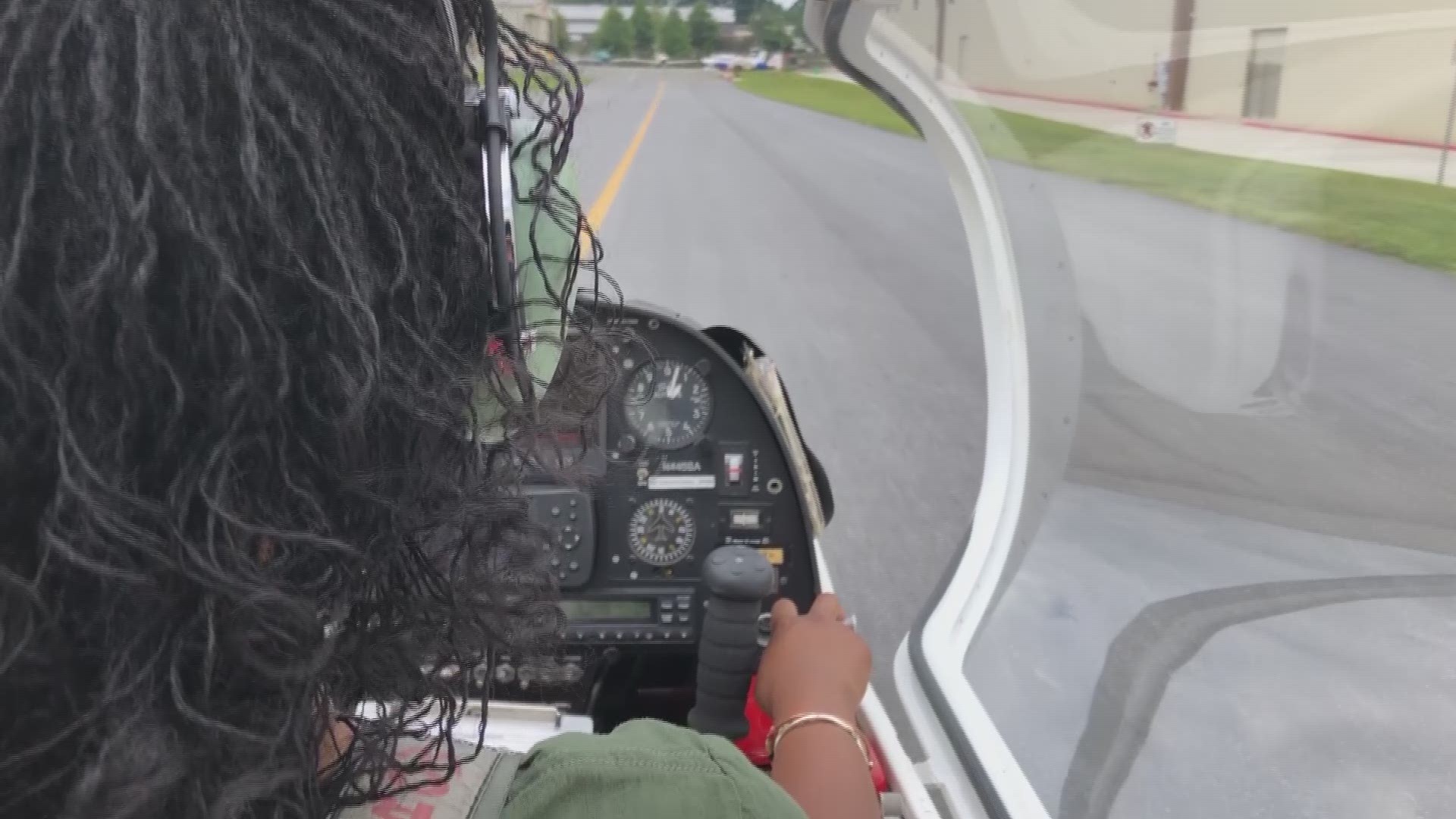 Following in the footsteps of her personal hero, Bessie Coleman, this East Point native became the first Black Female with a disABILITY to earn her pilot's license.

Growing up as a child near Hartsfield-Jackson airport, a young Irby looked up at the skies above with wonder. Then one day, her father brought her home a poster of Coleman, the first Black female pilot, and a love affair was born.

Dorjan Williams from My East Point News had the opportunity to meet Irby as she treated us to a brief practice flight.

“I don’t know how it worked up there, but I just thought that it would be so cool to be one of those people," she explained. "So, that kind of sparked my interest in aviation.”

Irby began flying when she was 16, and by the time she graduated high school, she was flying single-engine aircraft regularly. However, tragedy struck during a trip to Auburn University in 2013, when Irby and some family members were involved in a devastating collision. The incident left two paralyzed - including Irby - and two deceased.

“A lot of people look at a disability in a negative light, but I use it as my motivation,” Irby shared. “It made me find a new purpose in life. It gave my life new meaning.”

So, while her dream was deferred, it couldn’t be denied. After completing a rigorous aviation program at Purdue University and a scholarship from Able Flight, Irby received her pilot’s wings. The first black female with a disability in history to do so.

“I’m a prime example that our magic is real and there’s nothing in this world that we can’t achieve,' she said. "There’s no such thing as the ‘sky’s the limit,’ because I’ve already been there. Whatever your desire is. Do it.”