"I was real quiet at first then I heard the scream and I saw the guy run out" one witness said. 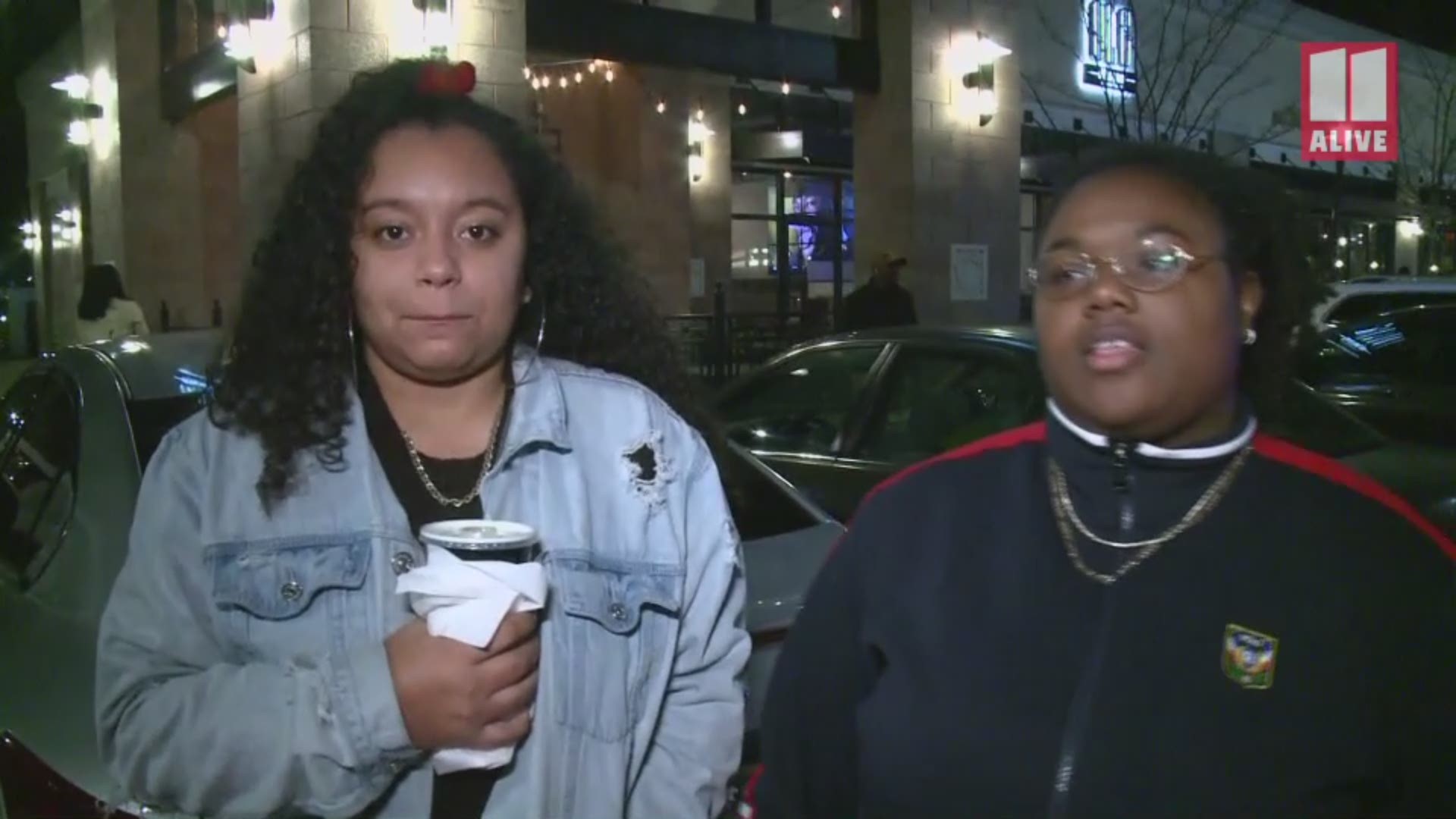 EAST POINT, Ga. — Witnesses who were near a popular East Point restaurant on Valentine's Day described how they frantically took off running when they heard gunshots Friday night.

East Point Police said three people were hurt when gunfire broke out inside of Old Lady Gang, which is located in the busy Camp Creek Marketplace shopping center.  The restaurant is owned by Kandi Burress, a reality TV star from "The Real Housewives of Atlanta."

"I was real quiet at first then I heard the scream and I saw the guy run out" one witness said.

11Alive spoke to two people who said they were waiting outside on a bench to go into another restaurant when they saw people running out of Old Lady Gang.

Officers said a man allegedly walked into the restaurant and shot an intended target and two innocent bystanders. Police confirmed the targeted victim was a male but didn't provide any details on the bystanders or their ages.

"It just happened out of nowhere," the other witness said.

"I just wondered what was going through his head, why would he want to pop off like that," a witness explained.

Officers are still looking for the suspect. The investigation is ongoing.

Burruss - the restaurant's owner - is well known in the music industry as a singer and songwriter. She was also a part of the popular 90s girl group Xscape.