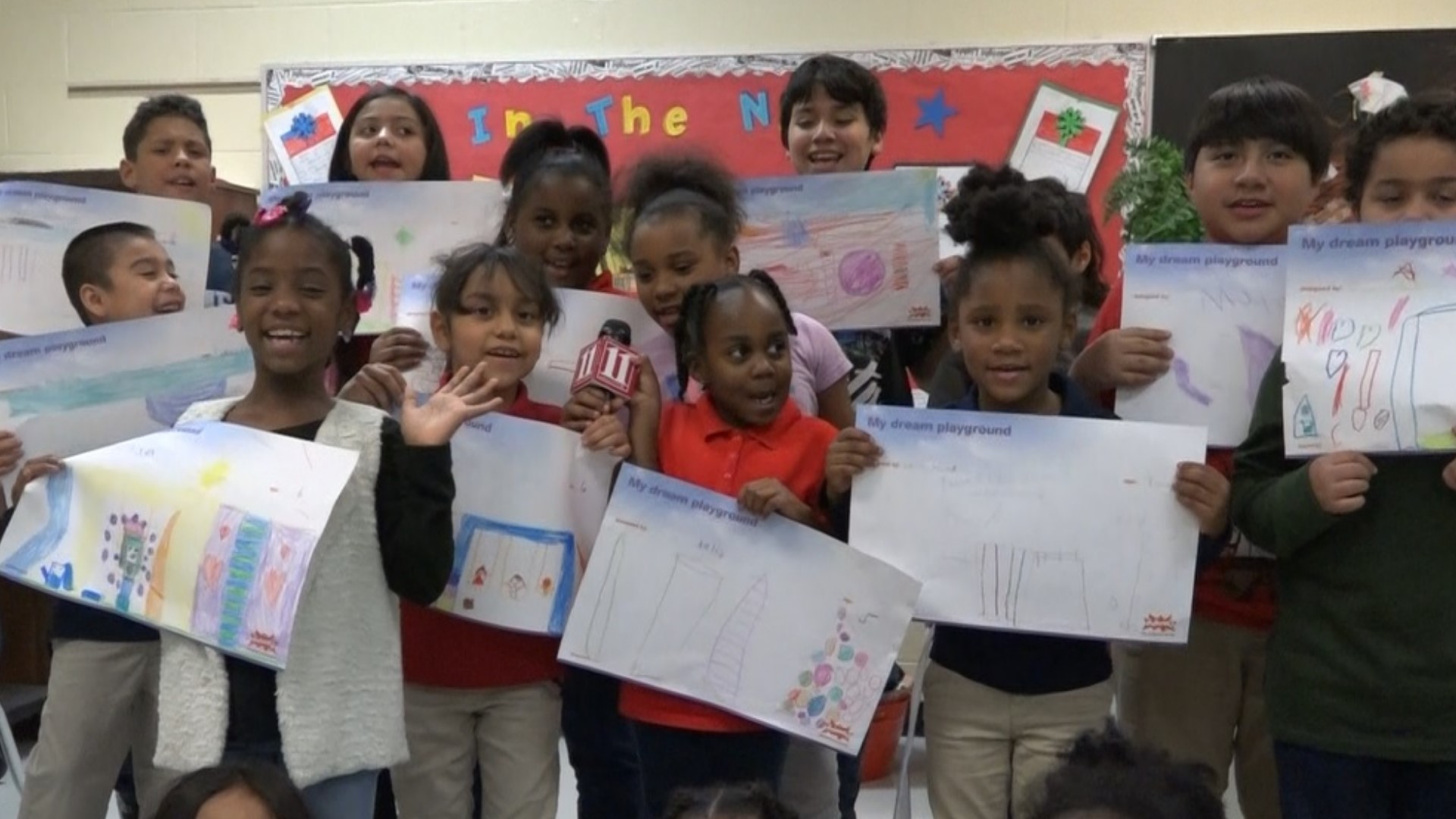 Jonathon Penn, Director of parks and recreations in East Point says he was notified about receiving the grant last month and felt including the input of the students at Parklane would play an important role during construction and build out. That's when Amy Larson, KaBoom project manager, flew from New York City to meet with the kids apart of the after-school program. Their drawings were collected and used as the blueprint for the new play space.

Construction began last weekend and despite the bad weather, over 100 community volunteers showed up to lend a hand.  Parklane principal, Marissa Wilson says she will forever remember the feeling of seeing so many people working together in the rain for the benefit of the children.