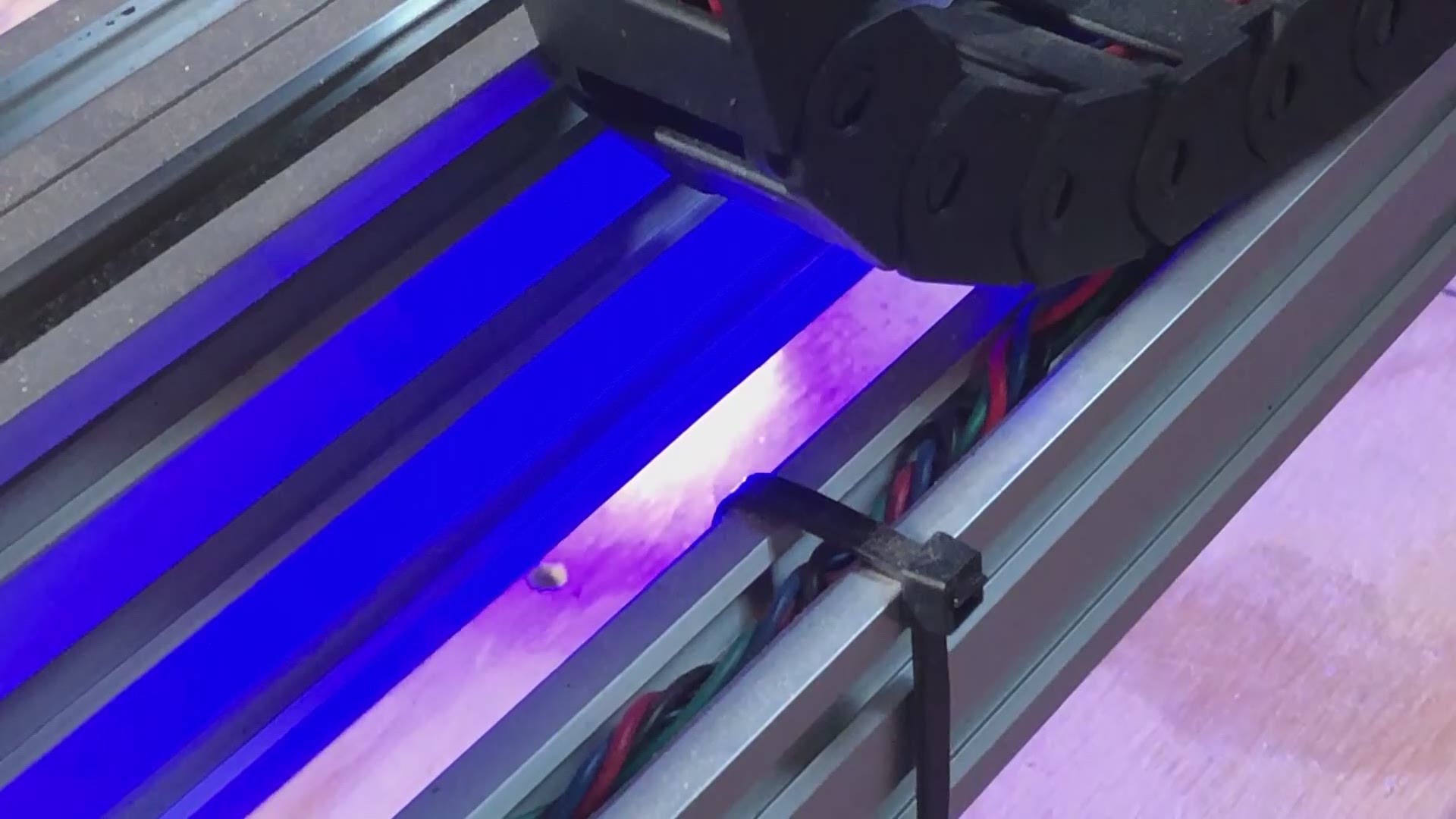 The Philadelphia native was in the third year of his Ph.D. program in Materials Science and Engineering at Georgia Tech. He and his girlfriend had also just moved to the Jefferson Park neighborhood of East Point into a new house.

Then along came the COVID-19.

West, like everyone else, had to pivot. During his downtime, he decided to turn his childhood love of craftsmanship into something that not could help connect him with his new community but also contribute to combating the pandemic.

“It's a very neighborly community where there are lots of DIY type people and it's been really great to engage with the community,’ says West.

In fact, it was through Georgia Tech that West discovered Atlanta beats COVID, an Ad Hoc group of volunteers that been helping to create personal protective equipment for healthcare workers and first responders in greater Atlanta. West himself used his own handmade 3D printer to create parts for the organization.

“They've kind of gotten everyone with the unique capability of being able to 3D print, to donate to this one organized central organization and they assemble all this PPE and donate it to our healthcare workers and our first responders,” West told My East Point News.

In his short time as an East Point resident, West has found that with a little self-promotion via Facebook and the assistance of his DIY laser etcher, that he is bonding with his fellow Jefferson Parkers faster than anticipated.

He sells his custom-made garden signs along with several other handcrafted items at his online shop, West Design & Fabrication.

West said any garden sign purchased between now and June 1st, 2020 will have 10 percent of the proceeds donated to Atlanta Beats COVID.  Also, if you live in the Atlanta area, he will personally deliver to your home to prevent shipping costs.

For the immediate future, West plans to remain focused on re-connecting with his woodworking side venture as well as staying committed to his studies at Georgia Tech.

For more information about Matt West and West Design & Fabrication, visit his website.

Non-profit, local restaurant team up to provide 1,000 meals to children