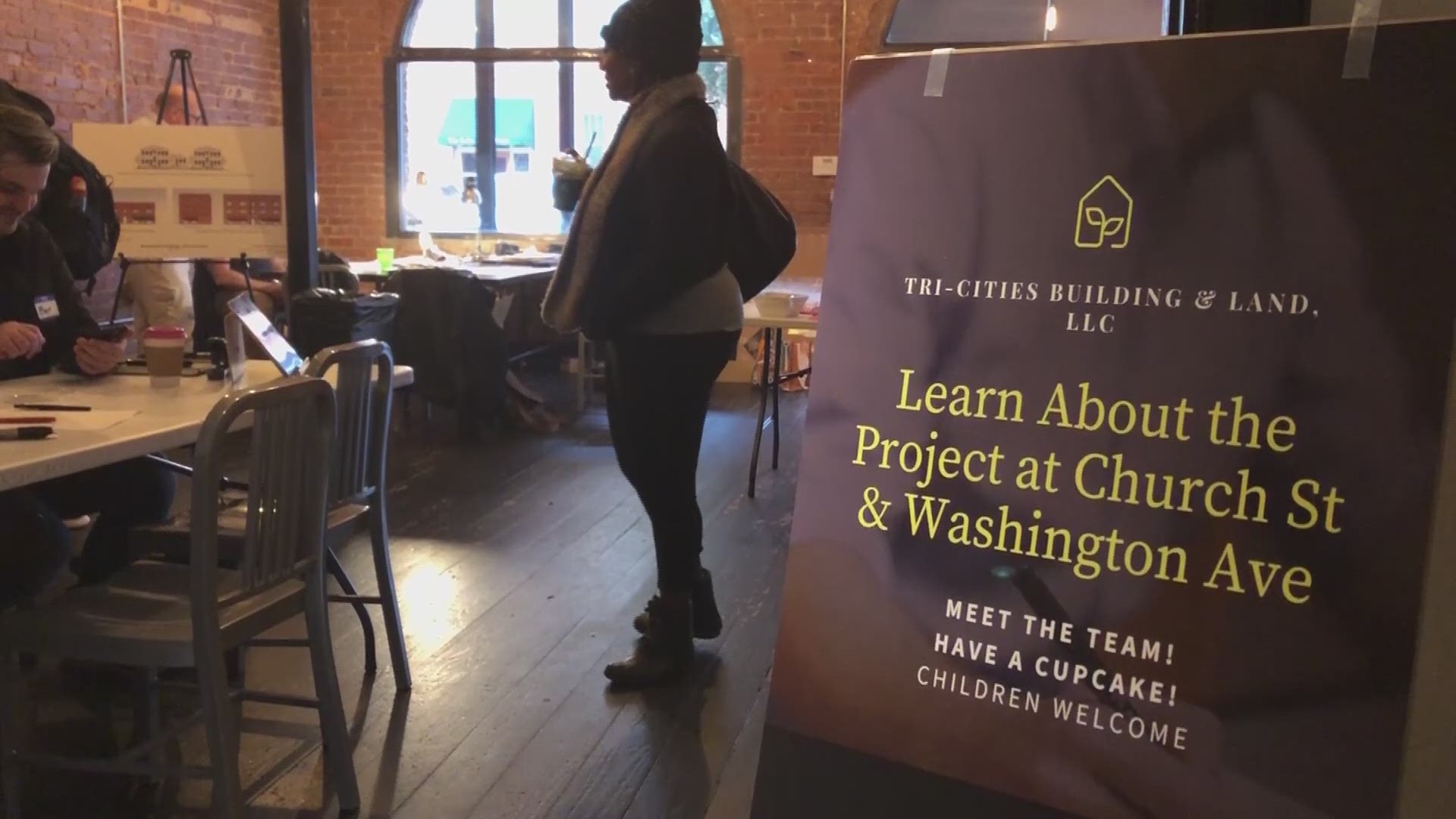 EAST POINT, Ga. — If you live near the downtown district of East Point, you’re probably familiar with the vacant property that sits at the intersection of Washington Blvd and Church St, in fact to man residents, it’s commonly referred to simply as ‘the car lot.’

The blighted property has actually sat vacant for roughly fifteen years and in its heyday, it was a thriving car dealership named Cheely Volkswagen.  It was owned and operated by a local East Point family, The Cheelys, from the early 1960s until the mid-to-late-1980's.

However, those days are gone. What was once a keystone of the downtown district has since fallen into extreme disrepair, that is, until the Andersons arrived. Tri-Cities Building & Land, LLC is the brainchild of Eleanor Anderson, West Coast native, who recently relocated to East Point with her family earlier this year. Her husband, John, has decades of construction experience and building design and development.

Having officially closed on the property merely a couple of weeks ago, the Andersons have wasted no time getting things lined up for the first phase of development. This week, they held an open house for the residents of East Point to showcase the designs and renderings for the site, which they state are at about 60 percent completion.

The next step in the process is to make a formal application to the city for rezoning. In the meantime, the team at Tri-Cities Building & Land, LLC plan to work on refining designs for the property. The Anderson stated that residents should start to see actionable construction get underway within the first six months of 2020.

RELATED:
'Let's grow together!' | East Point earns their place at the lead table