Brandon Sadler is looking to leave his mark with art students. 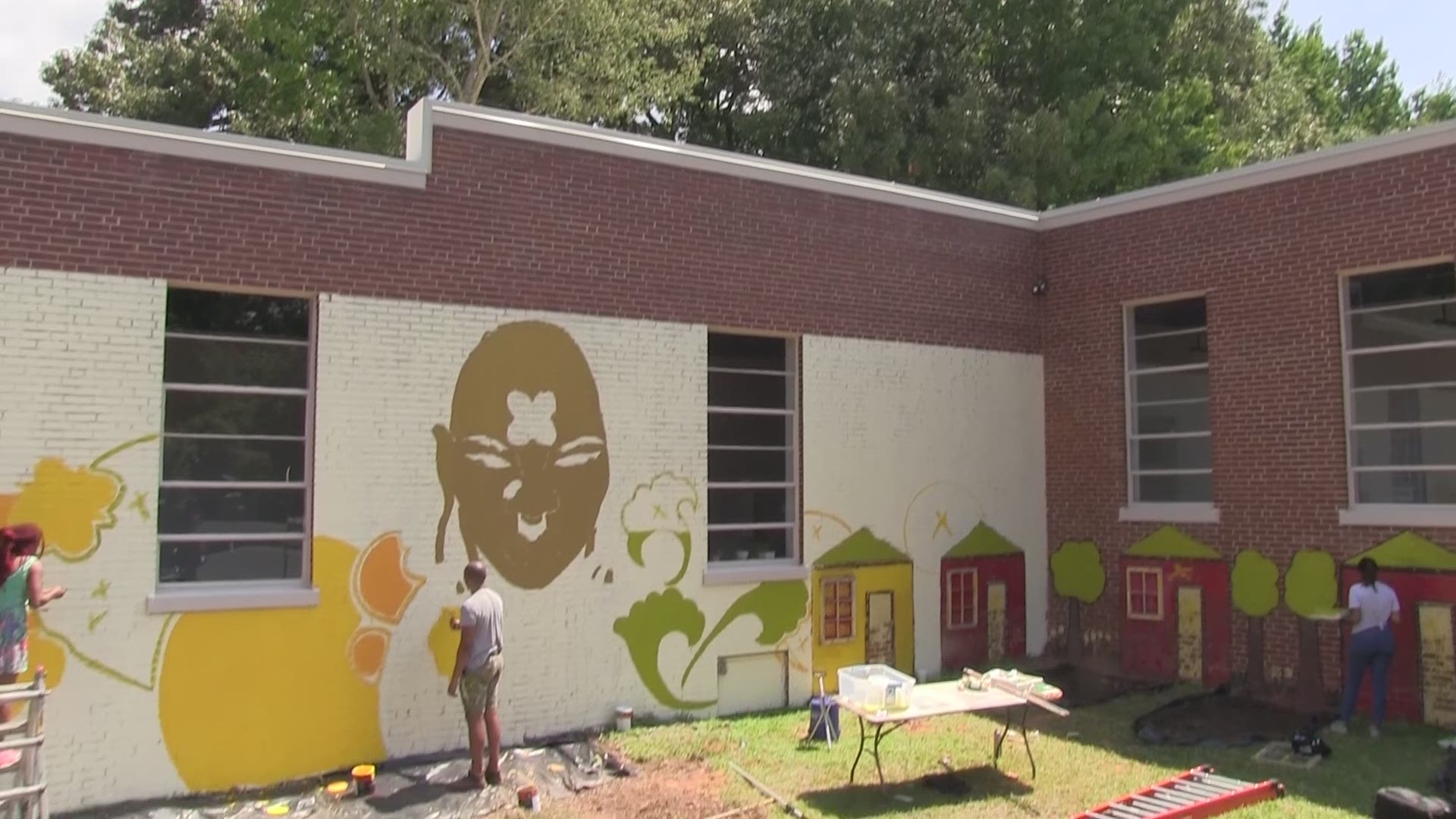 EAST POINT, Ga. — Driving around Atlanta, it would be nigh impossible not to notice the explosion of street art that has taken place from the Beltline to the streets near the Mercedes Benz Arena down to very streets of our East Point. A vast majority of those artists live on the Southside.

Brandon Sadler is one of those artists. Although, in the street art circles, he’s known by Rising Red Lotus.

Covered in paint-splattered clothes, the tall, yet unassuming man instructs his creative painting class designed to teach amateur painters the ways of the mural. His students patiently follow his lead in the sweltering midday sun as they collectively turn a rear wall of the East Point ArtsXChange into yet another one of his masterful creations.

The mural class project was designed to be a "paint by numbers" approach where the students can learn about painting techniques, the economy of materials, and participation through the process of producing the painting. Each student will be able to sign or leave their mark on the mural showing that they were a part of its creation. The mural is first in a series that will eventually decorate every wall of the ArtsXChange building.

RELATED: 'Catch me in the A' exhibit ending soon at Arts Xchange

Sadler is one of the city’s most prominent and prolific street artists. His personal aesthetic is a combination of graffiti, comic book & anime art, Asian calligraphy and African design.

His work has been featured from the sides of local supermarkets to the High Museum. To date, he has been awarded seven grants from the Art on the BeltLine commission.

He has even had his work featured on the silver screen. He was personally hired by Hannah Beachler, the Academy Award-winning production designer from the mega-blockbuster film, "Black Panther."

To learn more about this talented artist visit his website and to find his mural around town, click on the site for the Atlanta Street Art Map.