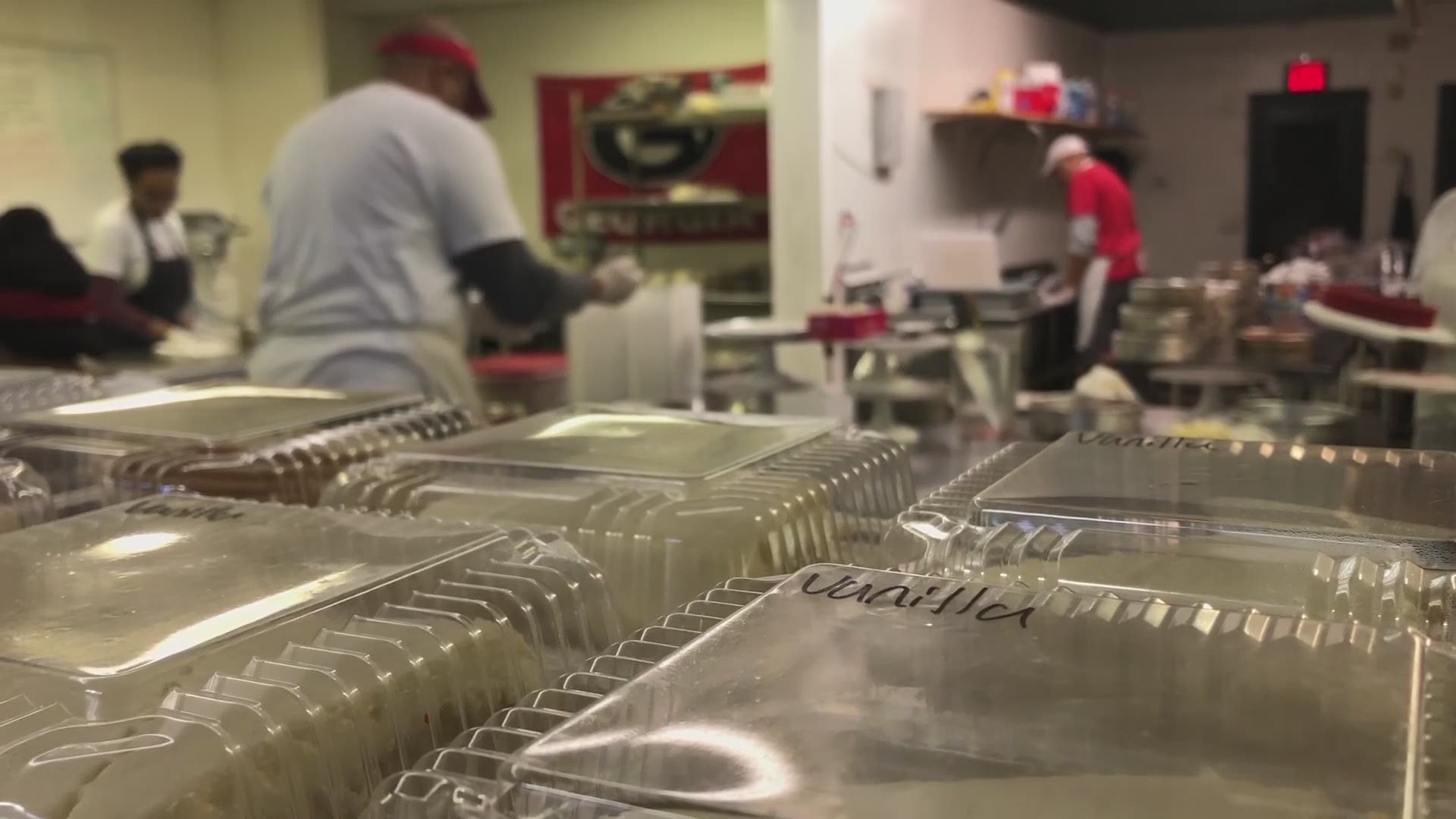 EAST POINT, Ga. — Let them eat cake, cheesecake that is.

At first glance, you might think that Samuel ’Sammie’ Smith, Jr. is a professional athlete. His six-foot-five physique looks more suited for cracking skulls on the gridiron than cracking eggs on a mixing bowl.

The Atlanta-native and Le Cordon Bleu graduate is more than happy to defy your expectations.

His shop, Sammy Cheezcakes resides in the modest Shops at Washington Road shopping plaza sandwiched between a pizza shop and a Chinese food restaurant.

However, much like its owner, don’t let appearances fool you. Entering into its ninth year at the Washington Road location, Sammy Cheezecakes boasts an award-winning menu that has been featured in multiple publications.

Their most recent accolade is getting awarded the ‘Best in Georgia’ for their New York-style cheesecake. Even beating out the state of its namesake for the coveted title.

What started out as a way for him to make some extra money while he was attending  Le Cordon Bleu to be a Master Chef, soon turned into a viable business as he found that he was making more money with his side hustle than at his day job.

After spending nearly six years selling his delicious wares out of his car, Smith had built up a clientele that included such Atlanta mainstays as Georgia Power, Home Depot, Morehouse College, and Cox Communications.

Finally, in 2012, he saw his dream realized as he opened his first storefront on Washington Road. Smith tells My East Point News that he owes a great deal of his success to one of his mentors, the late Chick-fil-A founder, Samuel Truett Cathy.

“Love is our favorite ingredient. We do things by hand. We still make the icing by hand,” explains Smith, “I feel I people can taste the difference when they come here. We put our heart into everything that we do here.”

For more information about the Sammy Cheezecakes, visit their website.