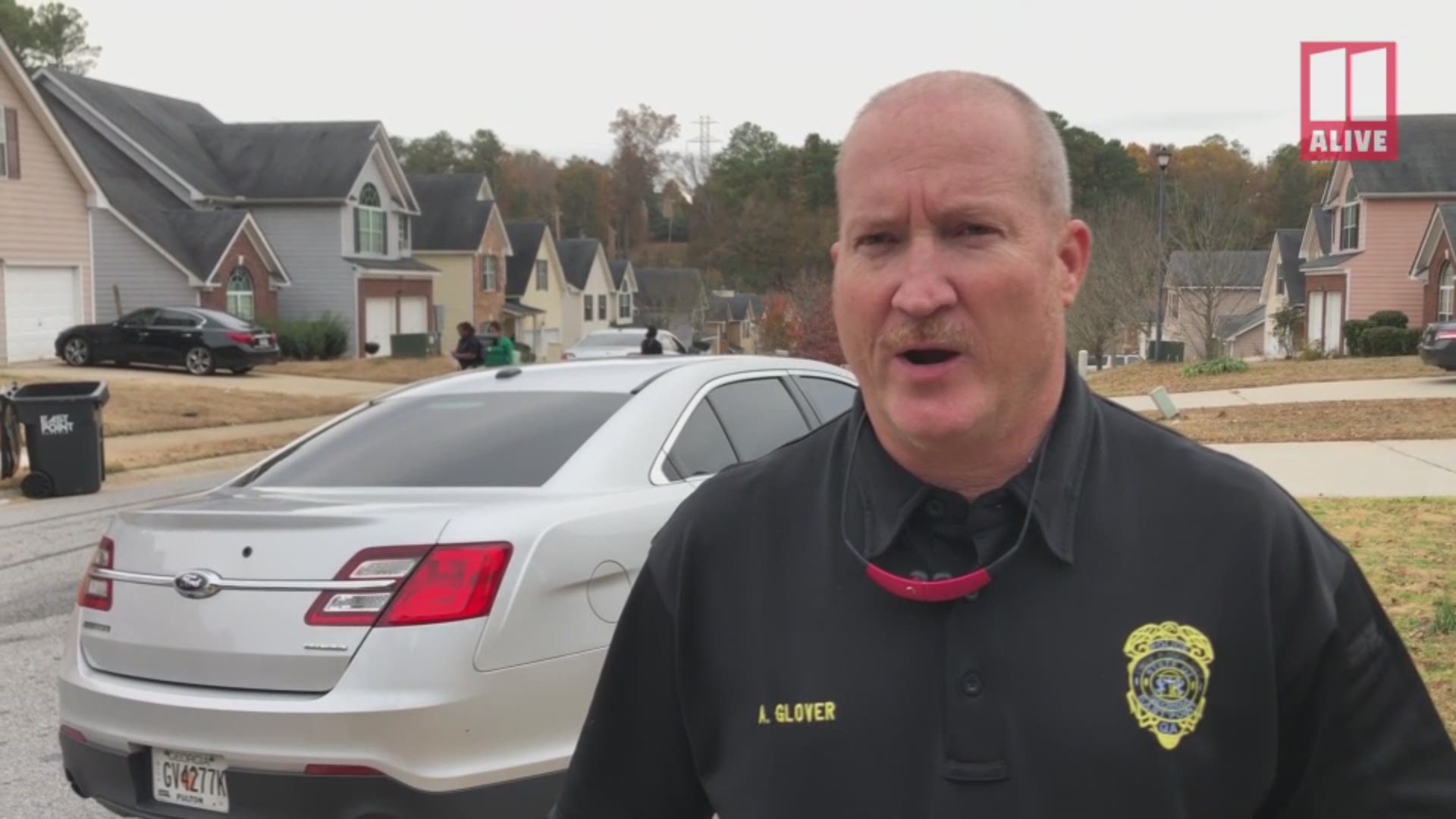 EAST POINT, Ga. — East Point Police are investigating an apparent drive-by shooting after several shots were fired into a house in the Leyland Pointe subdivision.

Capt. Glover from East Point Police told 11Alive that they responded to a call about several shots being fired just after 2 pm on Thursday, outside a home in the 5000 block of Laurel Ridge Drive.

Officers arrived to find a 19-year-old man who had been hit in the leg with a bullet. There were also two females and a child in the home at the time, but they were not hurt, police said.

At least five to 10 shots had been fired into the house, according to police. Neither the victim or the other witnesses were able to provide a description of the shooter or their vehicle.

Police have not released the name of the victim or the others involved at this time.