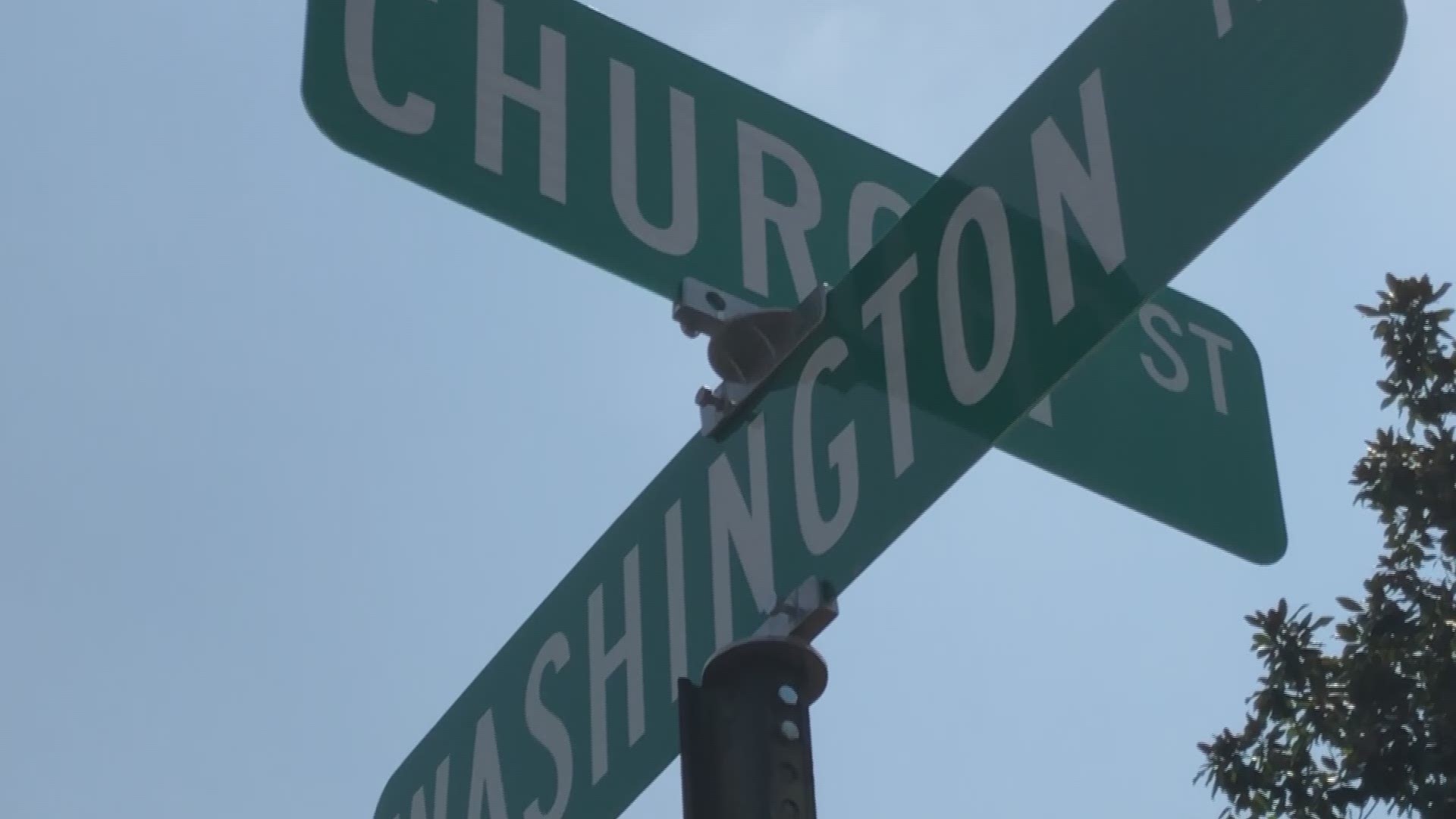 EAST POINT, Ga. — How many times have we walked or driven around East Point and said, ‘Somebody ought to do something about that’? Probably more times than we can count. However, for Eleanor Anderson, that notion didn’t end with words. Along with her husband, John, Eleanor Anderson is a recent transplant to East Point from the West Coast.

“My husband and I were staying at an Airbnb just a couple of blocks down Church Street,” stated Anderson, “I stopped at the corner and looked at this car lot and thought, “What about that? What can I do with that?” And you know, ‘Somebody Oughta…’ and I realized that somebody was me.”

Her development company, Tri-Cities Building and Land, is comprised of a modest staff including her husband, who himself has a degree in urban development, and daughter-in-law, but don’t let that fool you.

Their intentions, as well as their ambitions, are big. The property that sits on the corner of Washington Blvd and Church St resides in the Main Street district of East Point.

The blighted property has sat vacant for roughly fifteen years but was originally a thriving Volkswagen dealership in its heyday. The Cheely Volkswagen dealership (as pictured below) was run by a local East Point family, The Cheelys, and was the only dealership at the time featuring foreign-made vehicles. The dealership operated from some time from the early 1960's until the mid-to-late-1980's.

Her goal is to create a unique mixed-purpose destination that includes retail, food and mid-level housing on the nearly two-acre plot that included two buildings that total around 14,000 square feet. While still in the early staging of planning, Anderson feels very confident that residents will begin to see movement on the property sometime around March 2020.

For more information about this ambitious endeavor, visit the company’s website.