As part of its annual tradition, the church and first responders provide meals to those in need. 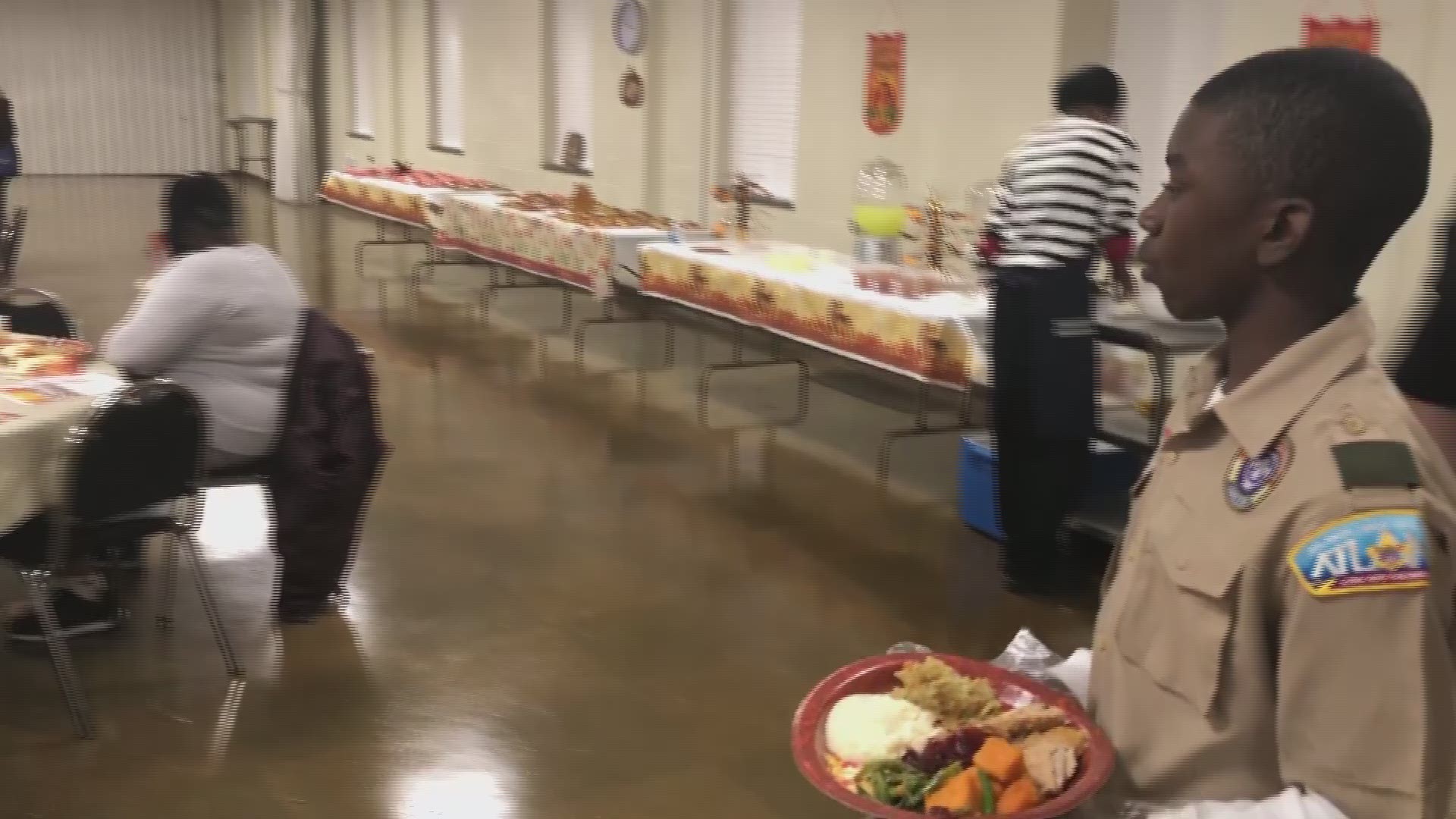 EAST POINT, Ga. — "Do unto others, as you would have them do unto you."

More commonly known as the 'Golden Rule.' A beautiful sentiment that more often than not tends to ring hollow when not backed up with actions.

As the year draws to a close and the holiday season descends upon us once again, we have the opportunity to count our blessings and perhaps even offer a hand to those with fewer blessings than ours.

Those that were in attendance on Wednesday were treated to a Thanksgiving-style dinner. The meals themselves were served by East Point Police, East Point Fire, and the Boy Scouts.

First Mallalieu United Methodist Church is an East Point institution that has deep roots in the community. The church itself is an amalgam of two old East Point churches that merged years ago due to dwindling attendance. First Mallalieu was birthed from that union and has existed in its current form for the past seventeen years.

It's an issue that plagues churches around the world according to Pastor Stinson. Only recently assigned to the East Point church, Stinson is not blind to the importance of the church's place in the community.

"Many churches are dying today because they are country clubs. They take care of themselves. But that's not what church is about. The church is for the people who are not here yet."

Pastor Stinson also stated that during his tenure at First Mallalieu United Methodist Church, he'll be looking to increase community engagement with events such as this.

More than 600 turkeys given away by City of East Point