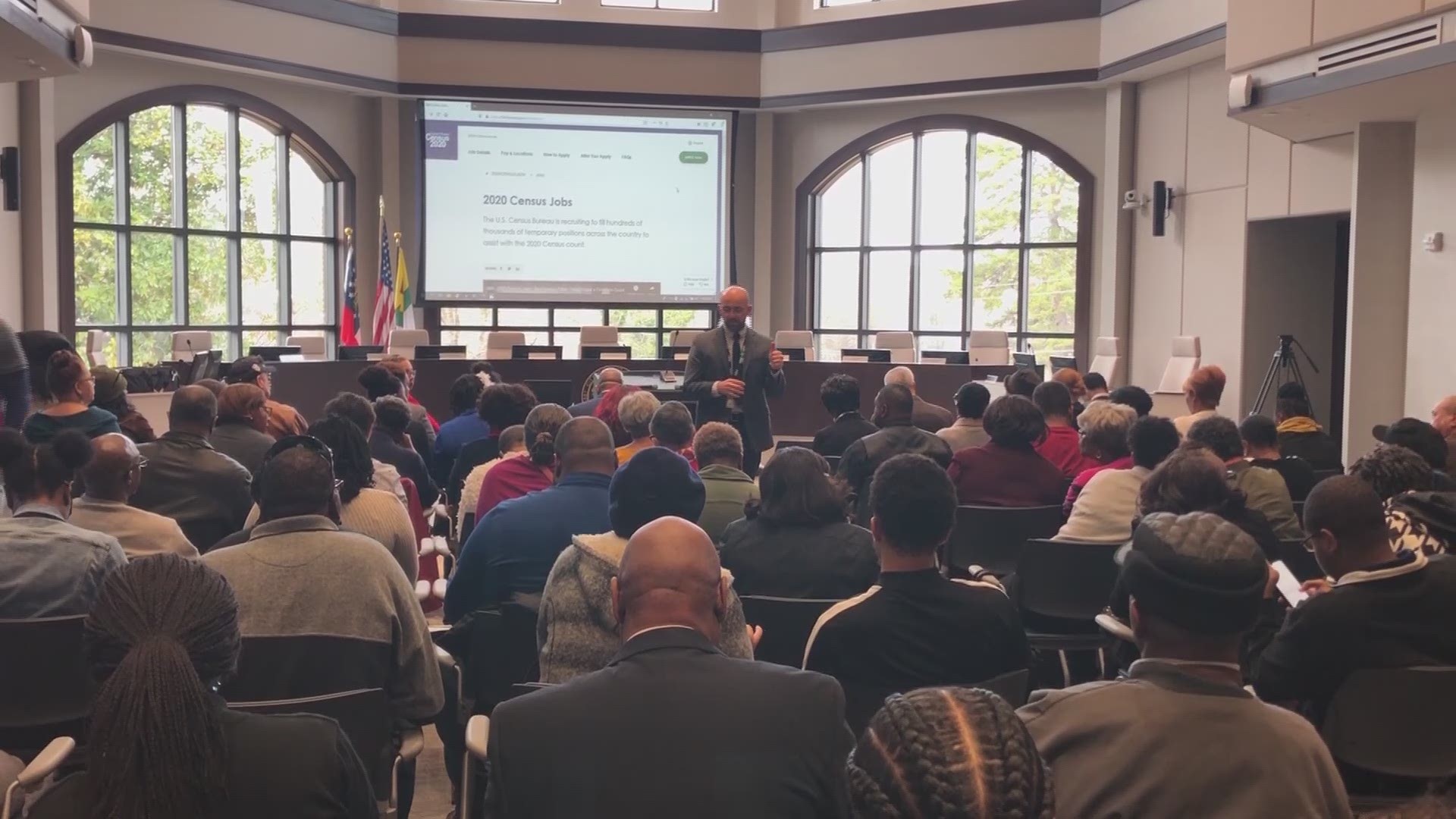 More than 250 residents attended the first 2020 Census Job information Session at East Point City Hall hosted by representatives of the Census Bureau. With Census Day less than three months away, the U.S. Census Bureau is actively looking to fill 3,000 or so jobs for Fulton County alone.

It was standing room only in the City Hall council’s chambers, as Local Census Bureau Recruiting Assistant Alex Lima patiently walked the attendees through their online application process, as well as emphasized the importance of the Census.

Census representatives painstakingly laid out the pertinent info for those looking to apply: Flexible hours, ranging from 20 to 40 hours per week. A pay scale that ranges from $14 to $24 an hour with no experience required. They also stated that while any adult over the age of 18 years of age is eligible, the Census would be offering positions to veterans first.

Lima, had this to say to My East Point News: "To hire familiar faces, to bring jobs to the community, at the community level is huge, because then you're working for the common good."

Friday's event greatly exceeded attendance expectations. According to a message from the City of East Point Government, residents should be on the lookout for another Census Job Information Session soon.

For more information about the U.S. Census and how to apply, visit the following link.